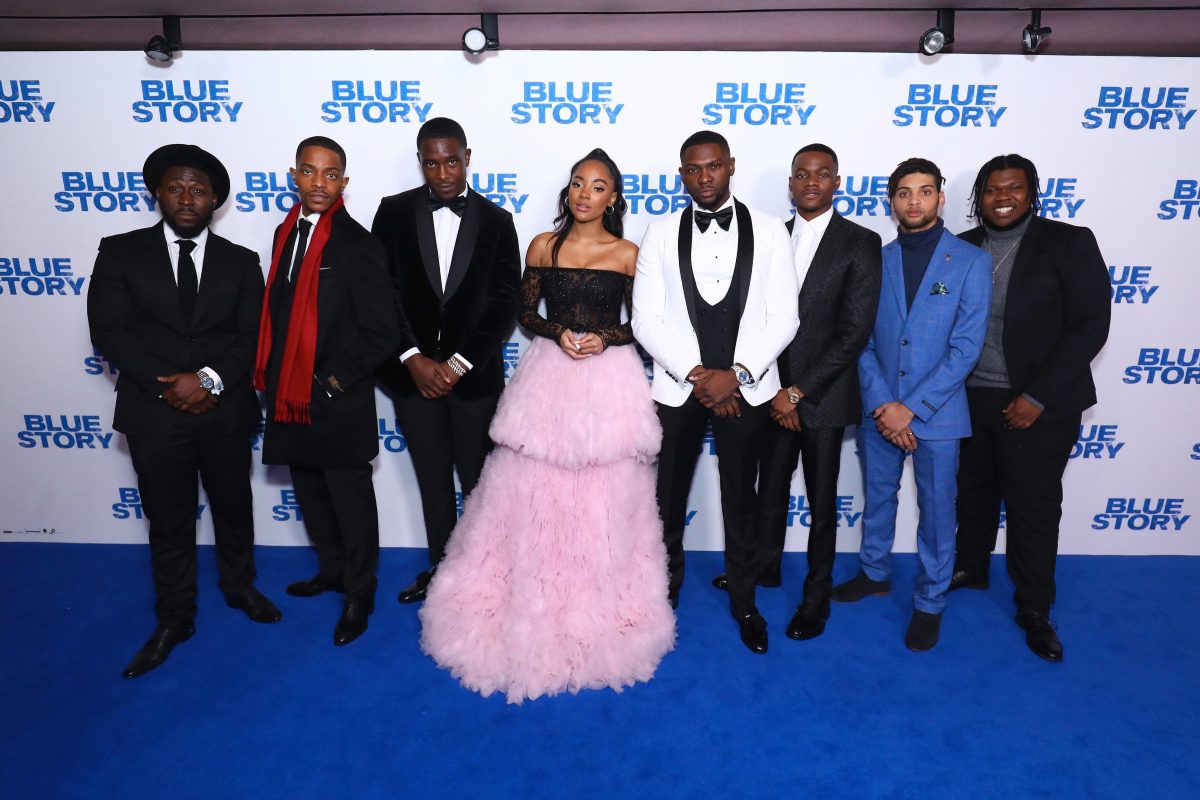 THE highly-anticipated feature film Blue Story finally graced our screens on Friday night and it has been met with a rapturous reception from fans.

Here is my take on one of the most popular and emotional films Britain has produced in years.

Andrew “Rapman” Onwubolu aimed to shed light on just how serious and dangerous rivalries between local gangs are.

After growing up in Deptford and having been on the fringes of this life himself, the film director was the ideal person to bring this way of life to the big screen in an authentic manner.

He popped up several times throughout the movie, with a rap giving context to the section of the film we had just seen, akin to his 2018 popular YouTube series, Shiro’s Story.

In a world where it is essential to keep coming up with something new, Andrew Onwubolu’s raps during the film have made his work unique and the first of its kind.

I was impressed with how Blue Story portrayed the notion of rather than someone choosing the gang life, there are many times when the gang life chooses you.

For example, Timmy only lived in Deptford and had no previous history of gang affiliation, but was given a stark warning by a Peckham gang member with the words: “If you live in them ends, you’re one of them.”

This would soon ring true for Timmy, who was left with no choice but to turn to gangs if he was to try and avenge his girlfriend Leah’s death.

I liked that the film did not shy away from illustrating the harsh reality of this way of life: the usual result is people either end up behind bars or sadly lose their lives, as we saw with Marco and Timmy respectively.

We are also shown that despite how loyal some may appear to be, there are no true friends in the world of gang crime, and I will elaborate on this later.

If you’re lucky to survive, there are those who have lived to tell the tale and have become motivational speakers, trying to convince youngsters to come off the streets and stay away from gangs.

Blue Story shows that love is an ultimate driving force for another theme that I will touch on, revenge.

We see Timmy form a happy and loving relationship with Leah, but this was sadly cut short when she was accidentally murdered by best friend turned arch-enemy Marco.

The thought of Timmy standing there helpless watching the love of his life bleed out before Marco knocked him out with a brick, haunted him from that day forward and the love he had for his girlfriend drove him to get revenge for her.

After Timmy was unable to kill Marco due to the gun inexplicably jamming (and did an excellent job of adding to the tension), he stabbed Marco’s brother Switcher in the back which left him paralysed.

Now Marco wanted to get revenge for his brother by killing Timmy and ultimately succeeded, but at a cost as Marco was arrested soon after and was jailed for 30 years.

Rapman does an impeccable job of illustrating how the feelings of love and revenge can intertwine and can eventually prove to be one’s downfall.

In this way of life, it is paramount that you are loyal to the rest of your gang, and the area you are from.

However, betrayal is just as prevalent as loyalty and if anything, betrayal is more evident than loyalty in Blue Story and the devastating ramifications of those actions.

Although I believe this to be coming from an exaggerated point of view, Marco felt betrayed by his best friend Timmy for not answering his phone call minutes before he was attacked by Deptford gang members who are also Timmy’sschool friends.

Timmy did not know this attack would take place and was confronted by a furious Marco in school, which saw him lash out and slap Leah who was trying to calm him down.

Still fuelled by Timmy’s actions, Marco and his gang attacked Timmy which led to the accidental death of Leah, who saw the attack and her efforts to save her boyfriend ended in tragedy.

I applaud Blue Story for a turn of events I and many others did not see coming, when Madder (played by Junior Afolabi Salokun), managed to escape from Khali Best’s character, who switched to Peckham’s gang and helped Marco trap Timmy and kill him.

Jealousy affects many relationships in all walks of life, and that is no different in the gang culture that is expressed in Blue Story.

He was upset with Timmy being brought into the gang and was essentially made Madder’s understudy ahead of him.

This prompted him to make the switch to arch-enemies Peckham to get revenge for what he felt was the ultimate act of disrespect.

It was very important for this aspect of British culture to be shown on a national stage.

Blue Story has done an excellent job of illustrating the harsh realities of living on our streets, as well as educating those unaware.

We were allowed to connect with the characters and relate to them to an extent, based on the feelings and emotions they encountered on this turbulent journey.

Most importantly, Blue Story conveyed the vital message that the film is not justifying gang crime, but is showing the audience why it is occurring – and why it needs to be stopped.

Is the Netflix film The Two Popes based on a true story and when is it out?

Deadpool 3 – UK release date, plot and who will be in the cast?

Blue Story was an enjoyable film with essential lessons for the audience to learn and understand.

Rapman and the entire cast have very bright futures ahead of them.