The eight-year-old earned her very first BET Award for her and mom Beyonce‘s track Brown Skin Girl on Sunday.

The song, which also features WizKid and SAINt JHN, was originally featured on The Lion King: The Gift soundtrack album. 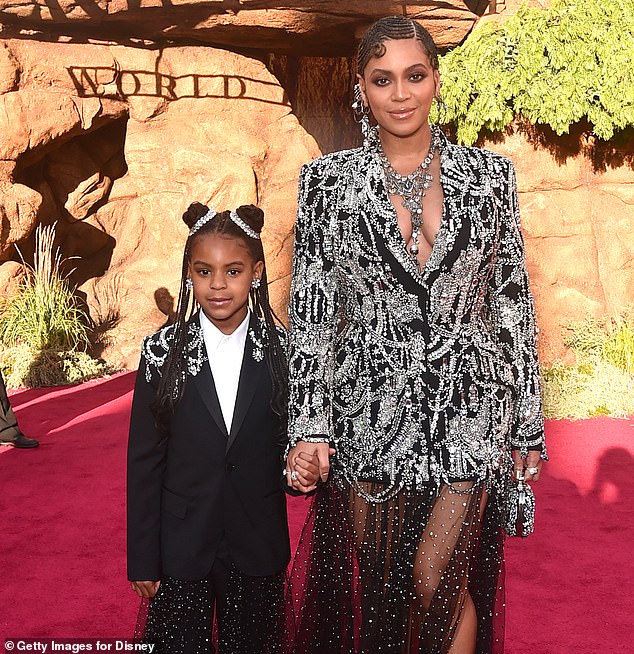 Winner! Beyonce’s daughter Blue Ivy Carter won a BET Award for her and her mom’s song Brown Skin Girl. The duo are seen in July 2019 above

It was quite the win for the pair, who bested Alicia Keys, Ciara, Lupita Nyong’o, Ester Dean, City Girls, LaLa, Layton Greene, Lizzo, Missy Elliot, Rapsody, and PJ Morton for the award.

Brown Skin Girl has been an awards show favorite, also earning a 2019 BET Soul Train Award as well as an honor at the 2020 NAACP Image Awards.

Blue’s talent is clear on the song. 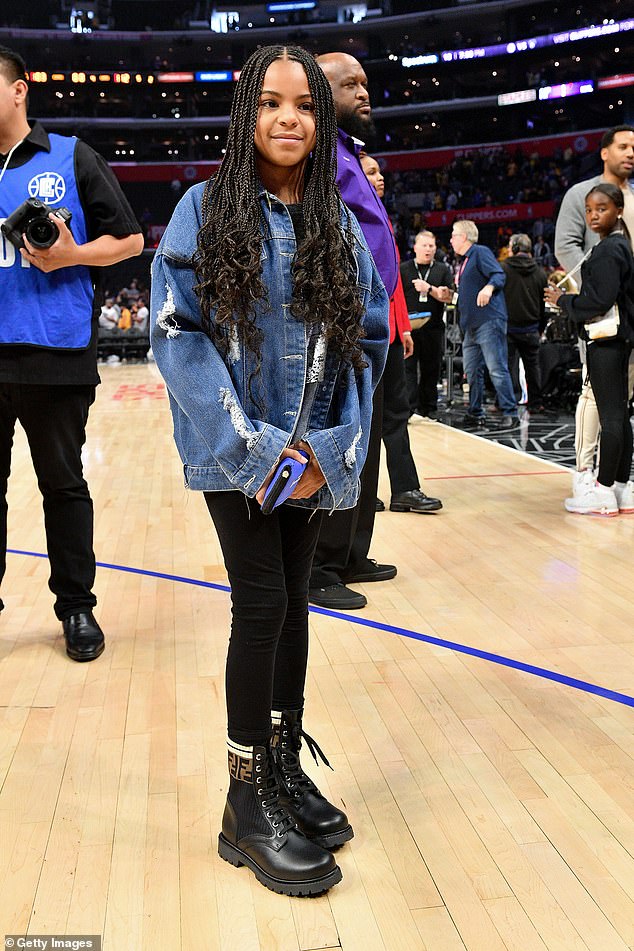 No stopping her! At just eight, Blue has already racked up a number of awards for Brown Skin Girl (pictured March 2020) 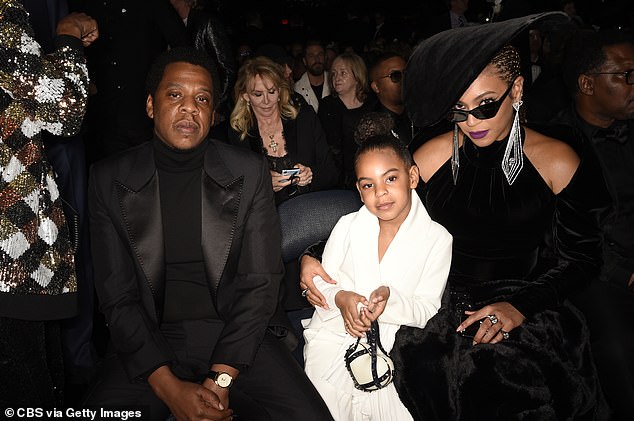 Music runs in the family: Blue is the daughter of power couple Beyonce and Jay-Z (pictured at the 60th Grammy Awards)

She open the track with the lyrics ‘Brown skin girl/Your skin just like pearls/The best thing in the world/Never trade you for anybody else.’

Beyonce is nominated for several more awards, also competing in the Best Female R&B/Pop Artist, Album Of The Year, and Best Movie categories.

The Queen Bey and her husband Jay-Z have already begun to introduce their daughter to their passion for music, with the young girl even contributing to her father’s album, 4:44. 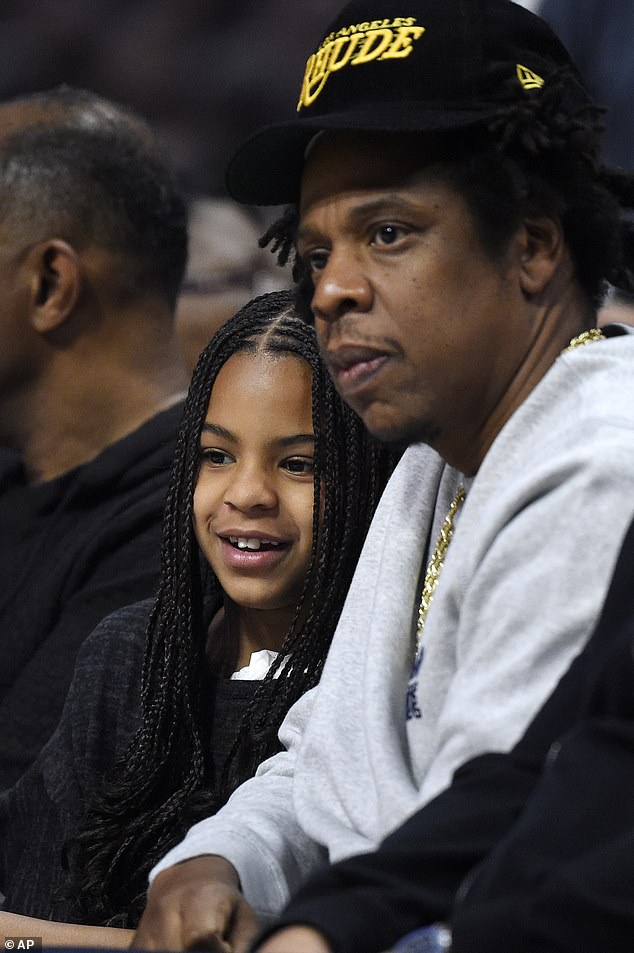 READ  Where Does I Am Not Okay With This Go for Season 2?

Daddy’s little girl: Blue contributed to a bonus track in her father’s 4:44 album

In a bonus track for the album, Blue demonstrates her impressive free styling abilities in the aptly titled track, ‘Blue’s Freestyle/We Family.’

The young girl has also made numerous appearances in her mother’s music videos, including Formation and Spirit.

In 2018 Blue became a big sister when her parents welcomed twins Rumi and Sir Carter. 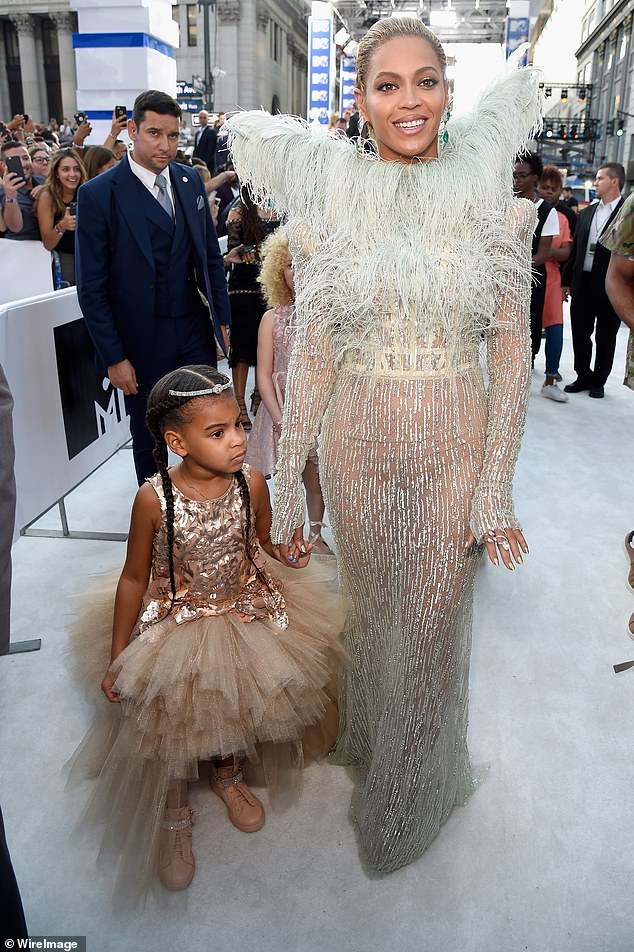 Rockfield Studios: Where Ozzy, Oasis, Queen and Coldplay took off