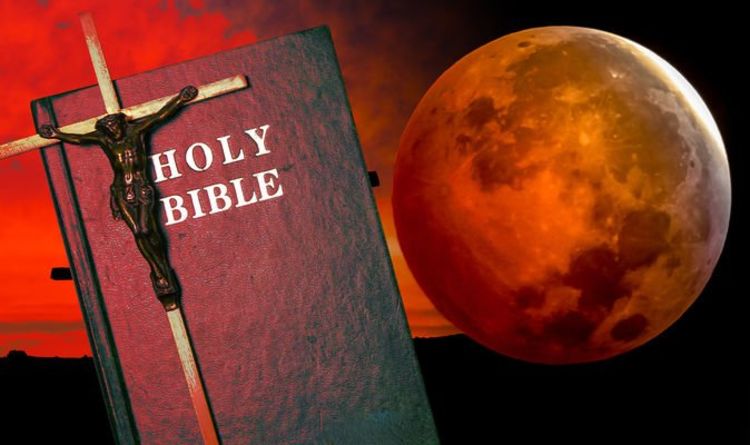 There is, of course, no reason to believe these prophetic events are about to unfold.

And despite what many Christian evangelists have been saying for years now, the Blood Moon will most likely pass tomorrow without ushering in the Apocalypse.

The bizarre colour change is attributed to a process known as Rayleigh scattering.

The very same process explains why the skies are blue and why some people have blue eyes despite there not being a blue pigment in them.

During the lunar eclipse, some light from the Sun will still manage to reach the Moon by passing around the edges of the planet.

The light is scattered and filtered in the dusty atmosphere, removing blue wavelengths of light.