Black mums are twice as likely to experience baby loss – where is the bereavement support? 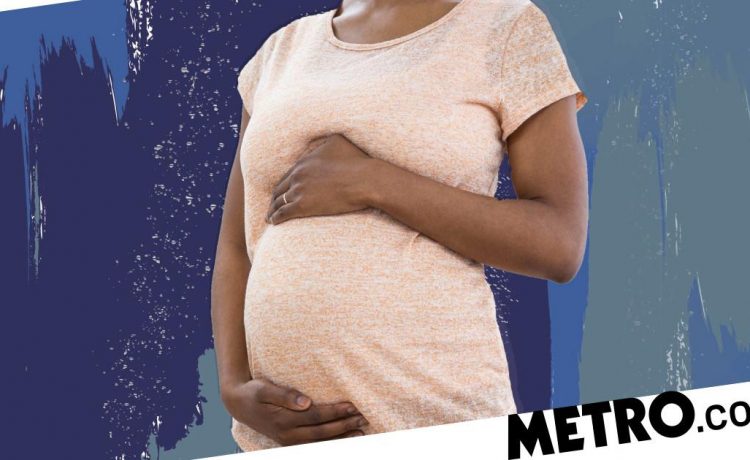 Black women are almost twice as likely to suffer a miscarriage or still birth, but those affected say they aren’t getting the support they need.

Baby loss and bereavement support that is currently available is not reaching the communities that need it the most – according to parenting collective Black Mums Upfront.

The group, founded by Carina White, Nana-Adwoa Mbeutcha, Endy Mckay and Natalie Duvall, have now partnered with Sands Baby Loss Charity to raise awareness about this damaging inequality, and to try to improve access to support for bereaved Black mothers.

‘It was a “missed (late) miscarriage”, meaning, I had no idea she was dead. I didn’t feel pain, there was no bleeding, I felt totally well within myself – I was completely in the dark.

‘I attended a routine antenatal appointment where the midwife just checks your blood pressure, urine sample, baby’s heartbeat; all the usual things. Except this time it wasn’t usual. There was no heartbeat. I was 18 weeks pregnant.

‘Two days later I was induced and delivered the most perfect looking little baby girl, in the most heartbreaking situation.’

Nana-Adwoa says the staff at Croydon University Hospital were amazing.

‘They really cared for me, but what really touched my heart was how much they cared for my baby,’ she says. ‘In a society when the unborn child isn’t often valued, my heart sang as I saw and felt the value they placed on my baby.’

But that level of care disappeared when she left the hospital. Nana-Adwoa says she got home and felt completely isolated.

‘They had given me a bereavement care pack from Sands, which was really great, along with the beautiful memorabilia that Sands provides for the parents and baby. But that was as far as it went.

‘Even though I had been given the various helpline phone numbers and websites, I didn’t feel connected in anyway to pursue it.’

There was one Black midwife who heard Nana-Adwoa’s news and reached out to see how she was doing – which was hugely appreciated – but nobody else ever called her or made contact.

‘When you suffer a loss like this, it’s hard, it’s really hard,’ she explains. ‘Other than desperately wanting your baby back, you would also love the chance to speak to someone who understands you, your background, your trials, your family dynamic, your cultural practices and your struggles.

‘At the moment, professionally, it can be difficult to find someone or a service like this. And given that Black women are twice as likely to suffer miscarriage or still birth, there should not be a lack of appropriate bereavement support.’

There are other complexities as to why Black parents may be reluctant to reach out for support. Black Mums Upfront have been talking to Black mothers who have lost babies and found that cultural sensitivities or even superstitions around talking about baby loss can prevent people from gaining support, as well as the unhelpful trope of the ‘strong Black woman’ who doesn’t need or require help.

Black Mums Upfront believe this needs to change, which is why they are working with Sands to find out where bereavement support services are currently missing the mark, and what Black bereaved parents would require in order to feel understood, valued and cared for.

The group is asking for Black parents affected by pregnancy or baby loss to complete a short, anonymous survey to help them understand more about what is needed. They know that answering questions about your experience can churn up difficult memories so the charity can provide support via phone – 0808 164 3332 – and email – helpline@sands.org.uk.

‘It is imperative that all parents feel supported and understood, without having to go above and beyond with explanations,’ says Nana-Adwoa.

‘Our hope is that the results of this survey will enable Sands, and other baby loss charities, to provide bereavement support that shows an understanding of the needs of Black bereaved parents.’


MORE : Why our love of skincare has become so complicated during lockdown


MORE : Racism is real: The emotional impact of being ‘racially gaslit by the government’

READ  Woman’s desperate 12-year fight to become a mum has seen her spend £30,000 on IVF and go through multiple miscarriages
Share on FacebookShare on TwitterShare on PinterestShare on Reddit
newsgrooveApril 2, 2021