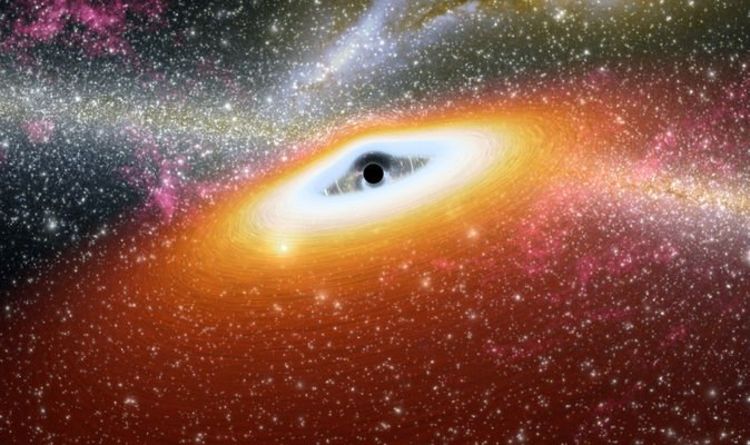 Thousands of exoplanets may be orbiting black holes like how Earth orbits the Sun. Scientists have long believed planets are formed from pieces of dust that coalesce in a disc around a young star.

Such proto-planetary discs then form into planets, like Earth.

But the latest research published in the Astrophysical Journal suggests planets could potentially also form around black holes.

Planets could actually be created in such extreme environments, new work suggests, and a black hole could be home to thousands of planets.

Professor Keiichi Wada of Kagoshima University, said: “With the right conditions, planets could be formed even in harsh environments, such as around a black hole.”

However, there is currently no way of detecting such planetary systems around a black hole, so there is no way of confirming whether planets of this kind have yet formed.

The idea of planets orbiting a black hole is not new.

The 2014 film Interstellar sees Matthew McConaughey’s character fly through a worm hole near Saturn in search of a new home for humans to escape to as the Earth is becoming uninhabitable.

He finds himself near “Gargantuan”, a supermassive black hole and explores a number of planets orbiting the dead star that could be habitable for human life.

The film focuses heavily on the time dilation effects of a black hole.

When McConaughey returns to our solar system his daughter, who was ten when he left, is an old woman.

However, researchers don’t believe a planet orbiting a black hole would suffer from time dilation effects as they would likely be more than 10 light-years away from the stellar object.