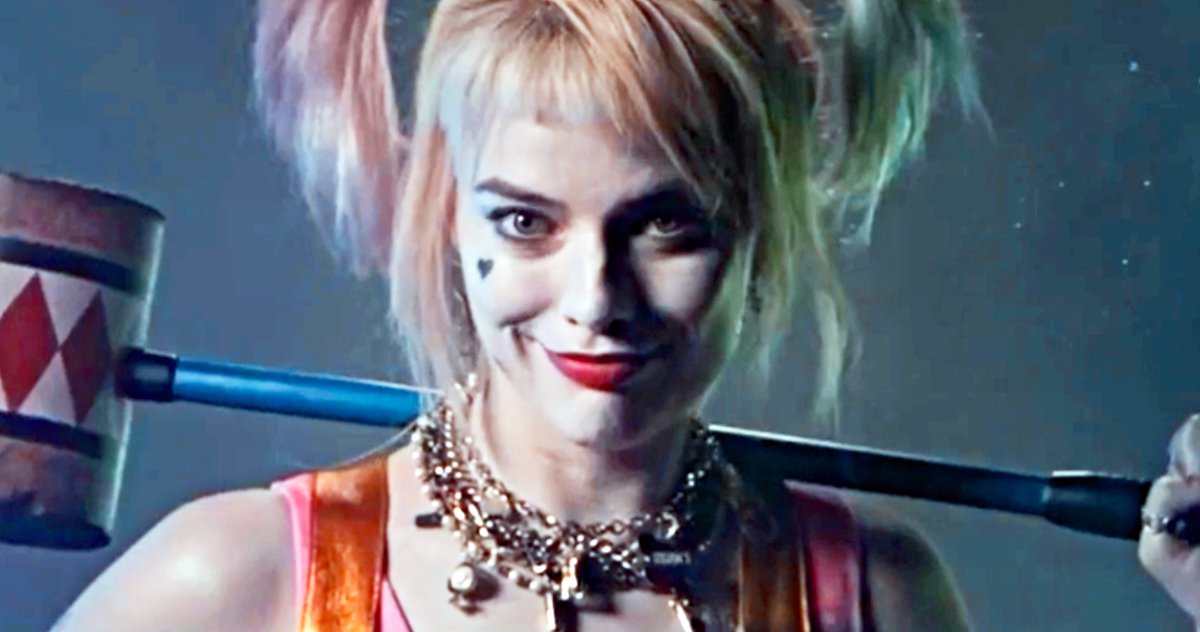 The Birds of Prey international teaser trailer has found its way online. The first look at the movie gives us our best look yet at Harley Quinn’s upcoming adventure and DC fans will more than likely be happy with the results. We were teased with some images from the trailer earlier this week, which signaled an imminent release. The trailer can be seen in theaters now, ahead of Sony’s extended cut of Spider-Man: Far From Home.

The teaser trailer for Birds of Prey comes from the Ukraine and there are sadly no subtitles. However, there is not much dialogue to take in. We see the Warner Bros. classic logo with some floating red balloons coming to the surface, making us think we’re about to see an IT Chapter Two teaser. Right when it looks like Pennywise is coming to reveal himself, it’s revealed to be Margot Robbie’s Harley Quinn, who then smashes the balloons.

The Birds of Prey teaser trailer then goes on to give us a sneak peek at the action with shots of Ewan McGregor’s Black Mask, along with Mary Elizabeth Winstead as Huntress, Jurnee Smollett-Bell as Black Canary, and Ella Jay Basco as Cassandra Cain. There’s even a tease of the hamburger chase scene we originally saw in leaked images from the set. The brief amount of footage seems to give off a very playful vibe and is completely different from the tone of David Ayer’s Suicide Squad, which introduced us to Margot Robbie’s Harley Quinn. While everything looks lighthearted in the footage, Robbie has promised the movie will be an R-rated affair, which has DC fans extremely excited.

“I think there’s a perception that a PG female-led action film is kind of considered a chick flick,” said Margot Robbie when discussing the reasoning behind the R-rating. DC and Warner Bros. are taking the same approach with Todd Phillips’ Joker movie, which has an R-rating too. The first reactions to Joaquin Phoenix’s take on the Clown Prince of Crime tease a much different portrayal from what Jared Leto briefly delivered in 2016’s Suicide Squad. Leto went for a more cartoon-like version of the villain with a thuggish vibe. Audiences were left divided by his performance, even though we didn’t see much of it.

Birds of Prey (And the Fantabulous Emancipation of One Harley Quinn) is currently in the post-production phase and will hit theaters early next year. While the teaser trailer is nice, fans are more than likely going to be left wanting a lot more. With that being said, we’ll probably have a full-length trailer coming really soon, especially with the end of the year fast approaching with Terminator: Dark Fate and The Rise of Skywalker on the way. The international Birds of Prey teaser trailer was first discovered by Reddit.