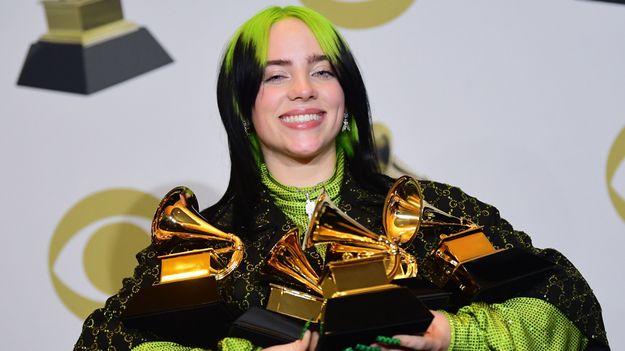 The 2020 Grammys are done and dusted, and it was a stellar night for anyone who bet big on Billie Eilish. The 18-year-old wunderkind basically bulldozed her way through the end of the show with a historic sweep that even she herself couldn’t believe.

“God, this is so crazy!” she said while accepting the award for Best New Artist, during which she sweetly thanked her diehard fans. “I think the fans deserve everything. I feel like they have not been talked about enough tonight. Because they’re the only reason any of us are here at all! … You guys make this worth it.”

It was a cute speech that came after Eilish had won the Grammys for Best Pop Vocal Album and Song of the Year, and taken the stage for a performance of “When the Party’s Over.” “Crazy” as it may have seemed, though, her party was just getting started. Shortly after, Eilish also won the award for Record of the Year (for “Bad Guy”) and the mother of them all, Album of the Year (for her era-defining debut, When We All Fall Asleep, Where Do We Go?).

With those victories, she became the youngest person in Grammy history to sweep the four major categories, and only the second artist to ever achieve that feat. Notably, she also became the youngest Album of the Year victor: a record previously held by Taylor Swift.

While accepting Record of the Year, the final award of the show, Eilish opted to skip a speech. Instead, she and her equally flustered brother and collaborator, Finneas, said a quick “Thank you” in unison before quickly leaving the stage.

Earlier in the evening, as the sibling duo accepted Album of the Year, Finneas admitted, “We didn’t think it would win anything ever. We wrote an album about depression and suicidal thoughts and climate change and being the ‘bad guy,’ whatever that means. We stand up here confused and grateful.”

500 Greatest Albums Podcast: How Lucinda Williams Took the Long Road to a Masterpiece

Spotify Wrapped 2020: When you could see your most played songs stats, and what the overall UK data says

Laugh, Scream, And Dance: Your MTV Movie & TV Awards: Greatest Of All Time Categories Are Here