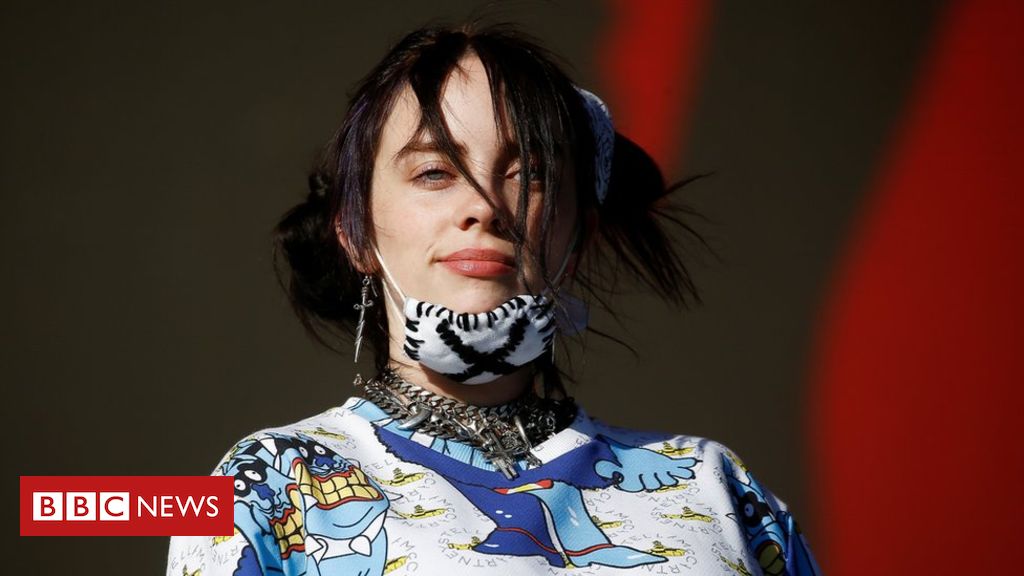 Billie Eilish has complained about a magazine cover that portrayed her as a shirtless, bald cyborg, saying she “did not consent” to the image “in any way”.

The singer was featured in Nylon Germany as one of three “digital prodigies” who are “redefining the future of being a teen superstar”.

The cover art, designed by Marcel C Wilkens, depicted her as a “supernatural fembot of the future”.

Writing on Instagram, Eilish said she was angry not to have been consulted.

“I was never approached by Nylon about this piece whatsoever,” she said. “I did not know it was happening nor did anyone on my team.”

Eilish, who has said she wears loose-fitting clothes on stage and in her videos to avoid being sexualised, was particularly aggrieved that the digitally-created image showed her apparently topless.

“Even if the picture was supposed to look like some robot version of me… I did not consent in any way.”

Eilish is one of 2019’s biggest break-out stars, topping the charts in 19 countries, including the UK and US, with her goth-pop debut album When We All Fall Asleep Where Do We Go.

The teenager has previously told NME: “There’s people out there saying: ‘Dress like a girl for once! Wear tight clothes you’d be much prettier and your career would be so much better’ No it wouldn’t. It literally would not.

“That’s why I wear baggy clothes,” she said in a separate interview for Calvin Klein. “Nobody can have an opinion because they haven’t seen what’s underneath.”

In a statement, Nylon said it had only meant to celebrate the singer’s achievements.

“It was never our intention to create a look that is confusing or insulting to Billie Eilish,” it said. “It was only ever our intention to honour Billie’s impact and her work by creating this avatar which is part of a cover series highlighting the power of digital prodigy artists.

“This avatar is a piece of 3D artwork created in dedication to her achievements and the positive effect she has had on millions around the globe – including us.”

Eilish is not the first star to complain about becoming a cover star without permission.

In 2017, Stormzy took the NME to task for putting him on the cover of an issue dedicated to discussing mental health.

Although he had talked openly about his depression in the past, the magazine had not conducted a fresh interview. “I’ve no issue with sharing my story but, with my permission!” wrote Stormzy on Twitter.

Despite such complaints, the actions of Nylon Germany and NME are not uncommon in the publishing industry. A celebrity doesn’t have to give consent to be featured on a magazine cover, and editors frequently commission portraits to illustrate the themes of a profile.

The debate over how the press portrays celebrities has been intensifying for several years, as stars increasingly prefer to curate their own images directly on social media.

READ  David Attenborough thanks Glastonbury for plastic bottle ban
Share on FacebookShare on TwitterShare on PinterestShare on Reddit
newsgrooveAugust 30, 2019