Billi Mucklow is reportedly set to marry her fiance Andy Carroll this weekend despite recently being seen without her engagement ring.

The pair’s future was left uncertain when the footballer was pictured asleep with a woman, who later identified herself as Taylor Jane Wilkey, on his bed. Taylor has since claimed nothing happened between them.

Despite Billi, 34, reportedly being ‘utterly humiliated’ by her fiance, 33, the wedding is still set to take place this Saturday.

A source said: ‘Billi has been utterly humiliated by Andy but deep down she still loves him.

‘A number of her friends and some of her family have said she should postpone the wedding but Billi’s mind is made up now.’

The source added to The Sun: ‘The wedding is in just two days — everything is booked and their guests are all ready to go.

‘She believes nothing happened in Dubai and just wants to put a brave face on it and move on.’

They added that friends and family are supporting her in whatever ways they can.

Andy flew to Dubai to crash Billi’s hen do last week, two weeks before they were due to be married.

He then stayed on in the United Arab Emirates city for his own stag, and later seemingly spent the day partying.

Photographs then emerged, days before the footballer and Towie star were due to be wed, showing him asleep, with Taylor photographed on the bed next to him.

The photograph, a selfie taken by Taylor, as Andy seemingly slept on, went viral after she sent them to friends in the UK via Snapchat.

A second photograph shows Taylor in Andy’s bathroom wearing his dressing gown which is emblazoned with his name.

Andy is reported to have spent the day partying with bar manager Taylor, beginning at the Cove Beach club, before the ex-Newcastle and Liverpool star invited her and two friends to another bar and to his hotel for an afterparty.

Reacting after her selfies went viral, she told The Sun: ‘It was all just a bit of entirely innocent fun,’ adding: ‘I didn’t sleep with him, it wasn’t like that, there was three of us in the room.’

Taylor claimed that ‘Andy was steaming’ and got into bed at the hotel where he ‘passed out’ while the women remained in his room until the early hours and ‘took the photo as a joke’.

Metro.co.uk has contacted reps for Billi Mucklow and Andy Carroll for comment. 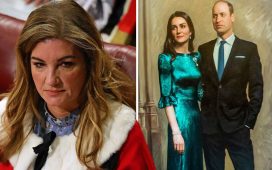 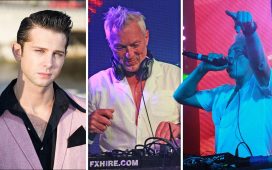 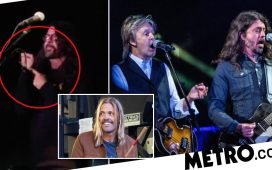