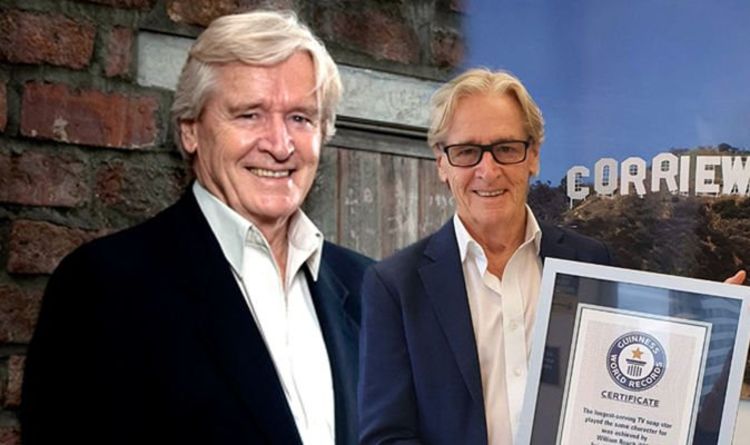 The iconic soap star, 88, is said to have recovered well after being forced to take a hiatus from his role as Ken Barlow. Bill is expected to make a full return to the cobbles.

The actor has played the famous role since 1960 and was presented with the Guinness World Record for becoming the longest-serving TV soap star in the world, back in November 2020.

It’s said that Bill is hoping to return to his role as soon as possible, after he was subsequently written out of the soap for several months.

A spokesperson for the popular ITV programme said: “Following recent reports about his health, William Roache has asked us to clarify that he took time off work after testing positive for Covid.

“He has recovered well and is looking forward to returning to the cobbles as soon as possible.”

It’s said that storylines that were to involve Ken Barlow were “being written” at the time of his leave but Coronation Street bosses are “limiting the time” that the “more elderly cast” are on set due to the ongoing coronavirus pandemic.

Bill last appeared on screens on March 10, with a source telling The Mirror that he is “doing really well and is looking forward to returning”.

While he may have enjoyed some rest from his hectic filming schedule, Bill has previously stated that he has no current plans to retire and bow out of the famous role.

“While I can do it and they want me, I will be there”, said the Basford-born actor.

He went on to add: “Retirement is not on the radar at all, I have no plans for that, I don’t even like to think about how they’d write Ken out if I did leave, because hopefully, that is never going to happen.”

Last year, he jokingly revealed that despite his age increasing, he is in fact, getting younger every year.

“I’m getting younger every day, a lot of it is just belief.”

He went on to tell The Sun: “It’s a collective consciousness, ‘Oh I am too old for this’, it’s all in the mind, I wasn’t joking when I said I was getting younger every year.

“If you think positively, your cells will renew themselves all the time, if you go down, the renewal process will go down.

“If you stay up, the renewal process will go up, you don’t have to age as much as people think, I’m not, anyway.”

Bill is the only remaining character who appeared on the show since it first hit the network in 1960.

His character’s time on the soap has seen him married to three women and has also been involved in several scandalous affairs.

Speaking from his home in Cheshire, Bill told Good Morning Britain that it would take “quite a while” for the show to run out of episodes in the initial lockdown period after ITV decided to broadcast just three episodes per week.

“They rationed it to three times per week, I think we had about two months, I’m not too sure, maybe about four months”, he said.

He went on to tell Piers Morgan: “We’ve got 60 years to go on, so I don’t think we’ll be going off the air, even when they run out.”