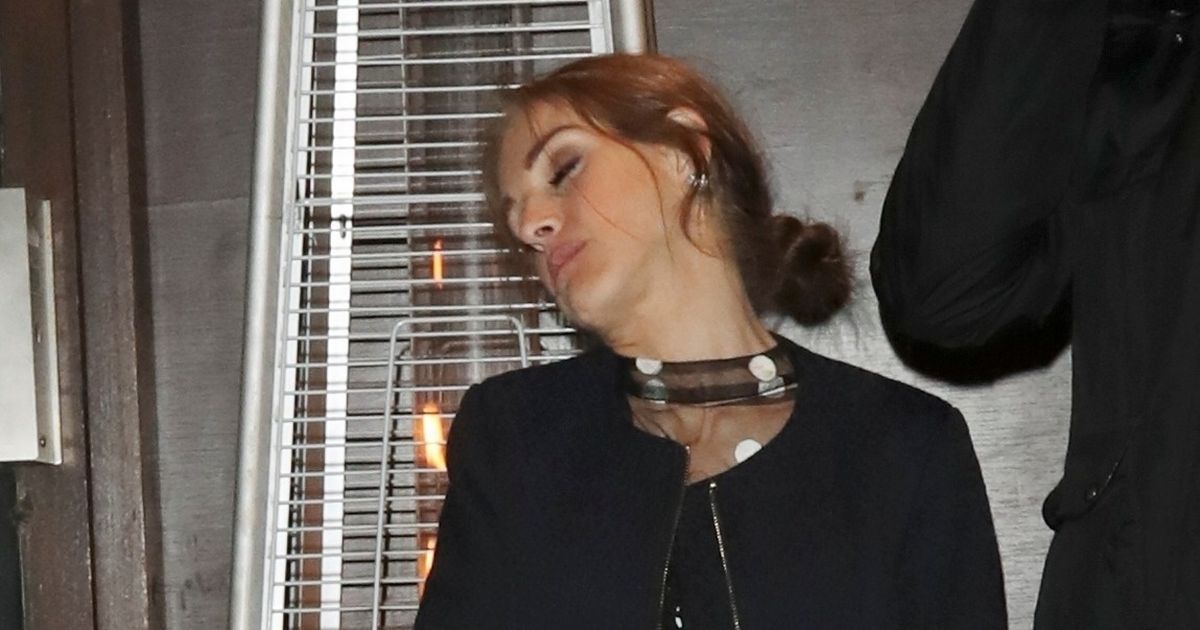 The TV star, 36 – who appeared on the show in 2006 – looked a little worse for wear as she celebrated with Nadia Essex, Vin Diesel and Henry Cavill in London’s Restaurant Ours.

Looking as if she had been partying a little too hard, the TV diva shut her eyes as if she was napping, and used a nearby patio heater to support herself.

She was then steadied by a male pal who held her arm after she almost fell, before being led to her taxi.

The star was also seen looking typically animated at other points of the evening, and was snapped shouting something from within a taxi.

She was joined by former Celebs Go Dating host Nadia Essex earlier as she entered the venue, and the dating coach’s former client, comedian London Hughes.

Also in attendance at the bash was I’m A Celebrity and DIY SOS star Nick Knowles.

But it wasn’t just reality stars on the guest list, as Nikki also rubbed shoulders with Vin Diesel, who rocked up in a suave fur bomber jacket, tinted sunglasses and acid wash grey jeans.

According to the Mail Online , the unlikely stars were all in one  place because Nathalie Emmanuel extended the invite to old pal London, telling her to bring some more of her showbiz pals along.

The party was to celebrate Nathalie’s 30th birthday, and looked like a lavish affair, with fairy lights and even an acrobat hanging from the ceiling.

Nathalie, who has starred in Game Of Thrones since 2013, looked stunning in a plain white t-shirt and a gold pleated skirt, with her curly brunette locks pulled into an elegant half up style.