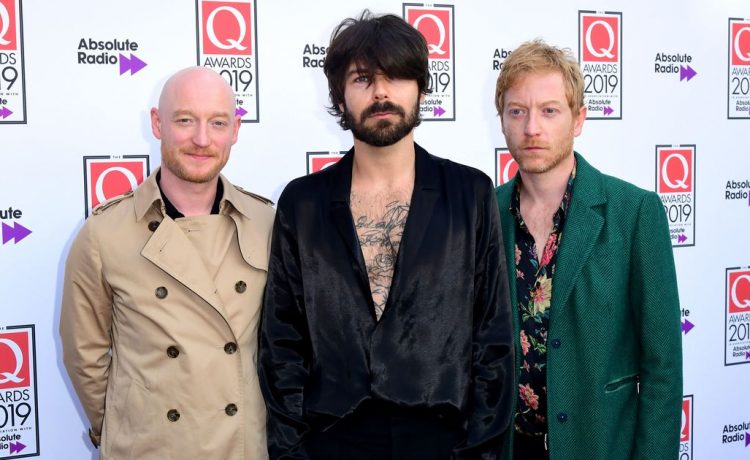 Biffy Clyro are planning an epic bender at the BRIT awards in May after 18 months stuck at home.

The Scottish band are up for Best Group at this year’s awards alongside Bicep, Little Mix, The 1975 and Young T & Bugsey.

Bassist James Johnston, 40, said he is hoping for a ‘pretty wild night’ at the 2021 BRITS, which are usually held in February but have been delayed due to the pandemic.

He told The Mirror : “It’s good to have something to get excited about, what with this dreary existence we have at the moment.

“I think it’s going to be a pretty wild night. Bring it on.”

James is hoping to party with fellow nominee Harry Styles. “I hear he is a lot of fun, and he always looks brilliant,” he says. “He’s not bad to look at, is he?”

But one person James will be steering clear of is Noel Gallagher. “He’s a bit of a curmudgeon,” he says. Noel isn’t up for a gong, but the party animal will obviously be at one of the glitzy bashes.

Biffy Clyro – including James’ twin brother Ben and frontman Simon Neil – are up for Best British Group for the third time, with the nomination recognising the success of the latest album A Celebrations of Endings.

Who would James like to win in the category? “Little Mix. In my household, it’s all about them,” he reveals. James also says he wants women to win big this year after they secured the most nominations ever.

Dua Lipa, Arlo Parks and Celeste each have three nods. And – for the first time ever – four in five of the album of the year nominees are women.

“I really think women should run the world,” says James.

“We’ve been living in a patriarchal society and it’s obviously not the best – and that’s been shown by the female political leaders around the world who have dealt with this massive crisis so well.

“Women have a much more caring outlook. They are less likely to have their finger on the nuclear button.”