The turn of the decade is fast approaching and with it comes the excitement of a whole new year of gaming.

For those hardcore console gamers, there are plenty of releases to look forward to on both the PS4 and Xbox One as well as the Nintendo Switch and PC.

But for those who enjoy gaming on the go, there is also a plethora of exciting titles coming to the mobile platform as mobile gaming looks set to hit new heights in 2020.

Here is RealSports list of the top ten mobile games set for release in 2020.

For those old-school gamers out there, the remastering of GameCube classic Final Fantasy Crystal Chronicles is as good a Christmas present as you could wish for.

The action role-playing game which was first released in 2003 has been remastered for release in 2020, including a mobile version which will be available to iOS users.

You don’t have long to wait either. The game is scheduled for release on January 23rd, so get ready to start collecting that fuel to protect the world from that darn Miasma!

A storybook adventure which is set in a Greek mythological world, you will create your own hero and set out to save the fallen gods who have fell at the hands of Typhon, the deadliest creature in the land.

READ  Fortnite: How To Get The Kurohomura Skin! – Save The World Rare Skin!

The game will also be available on PS4, Xbox One, Nintendo Switch and Windows.

Anime fans fear not, there are plenty of big mobile releases due in 2020, beginning with miHoYo’s upcoming release: Genshin Impact.

A game which has drawn comparisons to the Legend of Zelda series in its graphics and gameplay, players will be able to explore an open world map and complete quests in order to unlock new characters.

The game will also be available on PS4 and Windows.

Another anime game coming in 2020 which has a real buzz around it is HyperGryph Studios latest release: Arknights.

Users will take up the role of an amnesiac doctor whose job title involves protecting and defeating invading forces in this Tower Defense style game whilst also being able to explore the world that the immersive story has to offer.

The game will focus on the mission to rescue Meat Boy and Bandage Girl’s child Nugget, who has been kidnapped by returning villain Dr Fetus.

Whilst Team Meat had initially played for the release to be a mobile version of the 2010 platform game ‘Super Meat Boy’, the game quickly developed into a sequel for both mobile and console.

A game for you Marvel fanatics to get excited about next as ‘Marvel’s Avengers: A-Day’ is coming to mobile on May 15th next year.

Unfortunately though, it be available exclusively on Stadia, a cloud gaming service operated by Google. Tough times if you’re an iOS or Android user!

The game will feature a range of characters from the Marvel Universe and will focus on avenging the death of Captain America and uncovering who was to blame for the tragedy.

(No Youtube Trailer has been released as of yet)

Now if you liked the concept of Pokemon Go but Pokemon wasn’t your thing, then the new Stranger Things game coming in 2020 might be the one for you.

Netflix announced in the summers E3 gaming conference that they will be realising a mobile game in the New Year based on the hit TV series.

Similar to Pokemon Go, you will be able to explore ‘The Upside Down’ as you go about your day, with plenty of hidden surprises and tasks to complete, all of which will be related to your real life location. Pretty cool, right?

Click “Next” for our top three mobile games coming in 2020… 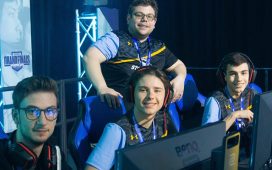 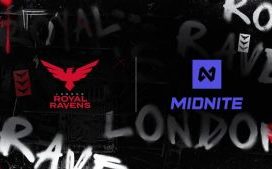 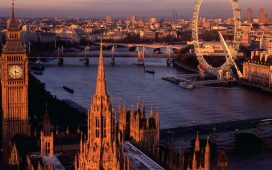 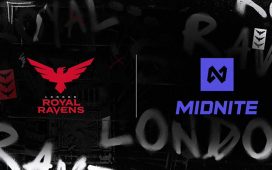