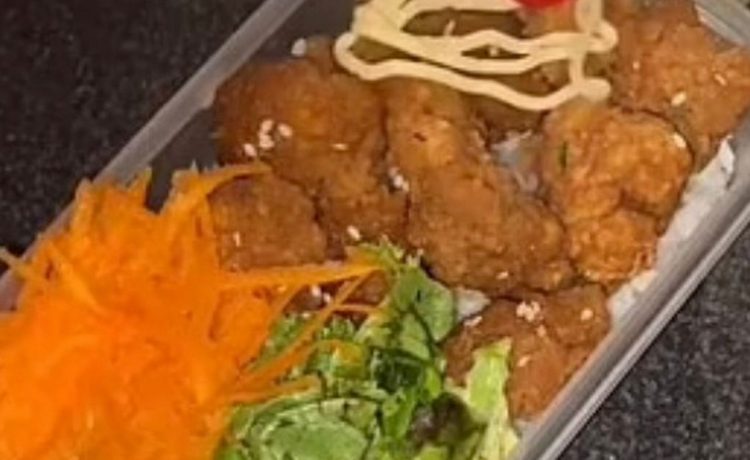 A woman has be labelled the “best girlfriend ever” after waking up early every day to make her boyfriend delicious meals – including McDonald’s recreations and homemade sushi.

The woman, who goes by the name Legacy-Shay Ruhe on TikTok, has amassed thousands of followers for her incredible creations which see her boyfriend’s appetite sated throughout the day.

She said that he works long hours as a trade worker, so to keep him going she prepares several meals for him to take to work, on one occasion making a bacon, egg, tomato and lettuce sandwich, a donburi bowl complete with homemade Teriyaki fried chicken and homemade dumplings with dipping sauces.

Each dish she makes receives a lot of care and attention, as do her TikTok videos which have racked up thousands of views and countless comments.

Legacy-Shay said: “He works long hours so snacks, snacks and more snacks to keep him going.

“I go to work as well. I usually get up around 5.30am to 6am depending on how much I’ve prepped the night before or not.”

In one video, which has been viewed over 21,000 times, the woman prepares a lunch bag for her boyfriend – complete with two breakfast sandwiches, a tub full of teriyaki chicken wings, alongside various snacks and chocolate bars.

Also in the bag was bao buns with ‘sticky char siu pork’, which as Legacy-Shay explains she makes in a particular way to make them extra special.

She added: “I cooked the pork slowly in the oven, adding the sauce every so often so the flavour goes all throughout the meal.”

In other videos, she has made gourmet bacon sandwiches, topped with Japanese Kewpie mayonnaise, Japanese-inspired donburi bowl with fried karaage chicken, and homemade chicken and avocado sushi rolls.

People have described Legacy-Shay as a ‘keeper’ after she added that sometimes her boyfriend ‘doesn’t eat it all, and some days he does – depends how hungry he is.’

One person said: “I wonder if any of his mates get excited to see what he’s got for lunch every day.”

Another added: “Where can I apply to be your daughter?”

While another wrote: “Boyfriend? You marriage material right there.”