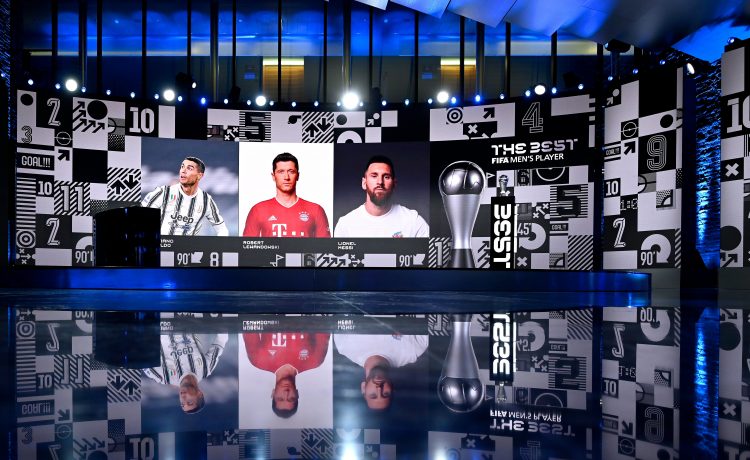 The Best Fifa Football Awards are back for 2020, where seven prizes will be handed out to the best players and coaches from the men’s and women’s games.

Two Premier League managers are vying for the men’s best coach, with Liverpool’s Jurgen Klopp and Leeds United’s Marcelo Bielsa both shortlisted for the prize alongside Bayern manager Hansi Flick, who steered the German champions to the Bundesliga, the German Cup and the Champions League.

The scorer of the best goal of the year will win the Puskas award, and Tottenham’s Son Heung-min – fresh from scoring against Liverpool at Anfield last night – is in the running following his remarkable dribble and finish against Burnley last season. There will also be awards for the best goalkeeper, which Liverpool’s Alisson Becker could win after a stellar year in between the posts for the English champions.

Follow the 2020 Best Fifa Football Awards ceremony live below with all our latest updates.

FIFA president Gianni Infantino – in a pre-taped message – echoes the sentiment of the opening video package and also pays tribute to Diego Maradona and Paolo Rossi, both of whom have sadly passed this year.

Credit to FIFA for starting the show with a video package celebrating and appreciating the work undertaken by key workers and medical personnel during the Covid-19 pandemic.

And we’re underway. Settle in, folks.

Not long now until we’re underway in Zurich. Obviously things are a little different this year – the Awards show is a virtual event.

Reshmin Chowdhury and Ruud Gullit host and there are eleven different awards to be handed out…so worth sticking the kettle on now.

It’s no major surprise to see Ronaldo, Messi and Lewandowski battling it out for the Best Fifa Men’s Player award, but it’s difficult to look beyond the Bayern Munich star.

Lewandowski scored 55 goals during the 2019/20 campaign and was instrumental in Bayern’s Bundesliga, DFB Cup, and UEFA Champions League treble.

Luis Suarez’s outrageous flick has made the Puskas list. The best part is Sergi Roberto’s reaction, throwing his hands to his head like he couldn’t quite believe it.

READ  Jose Mourinho makes Liverpool vs Barcelona prediction ahead of Champions League clash
Share on FacebookShare on TwitterShare on PinterestShare on Reddit
newsgrooveDecember 17, 2020