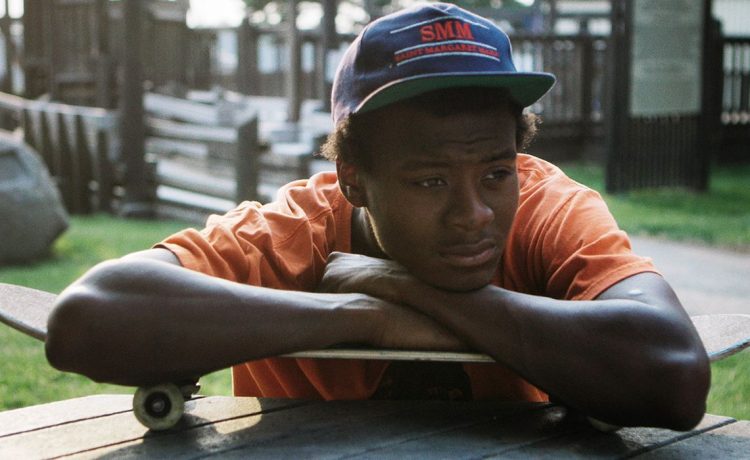 While Hulu used to be better known for its television shows while Netflix was the go to for movie options, the streaming service has taken big leaps and strides to change that. Today, Hulu is home to an amazing selection of movies, especially documentaries. Providing options for customers of all interests, Hulu has found a way to become a one-stop destination for those seeking incredible non-fiction stories. With so many options now, we’ve determined the best documentaries on Hulu for you, ensuring you’ll be able to settle in and relax with ease.

Framing Britney Spears isn’t a traditional feature-length documentary – it’s part of an ongoing series of TV documentaries presented by The New York Times — but it’s a must-watch nonetheless. Forget what you think you know about Britney Spears or her situation – through investigative reporting and interviews, Framing Britney Spears shines a light on the pop star’s fast rise to superstardom, but also the misogyny and prejudice with which the media covered Spears as she entered into adulthood. The documentary is ostensibly about the Free Britney movement, as it covers the ins and outs of how Spears first came under a conservatorship controlled by her father, and why the situation is unique and may very well be harmful to Spears and her well-being. It’s an eye-opening look at a celebrity who, until now, has been framed in our minds through paparazzi and gossip magazine/TV coverage, and the documentary does a tremendous job of forcing you to rethink the way the media presents celebrities and their “downfalls.” – Adam Chitwood

Too Funny to Fail

The writing staff of The Dana Carvey Show is the stuff of legend, and the refreshingly candid documentary Too Funny to Fail takes an in-depth look at the short-lived sketch show’s highly anticipated launch and impossibly quick failure. Interviews with Dana Carvey, Steve Carell, Stephen Colbert, and Robert Smigel illuminate the pressure that Carvey was under coming off of SNL, the confidence with which they launched The Dana Carvey Show, and how they dealt with the negative press and plummeting ratings. This documentary doesn’t try to sugar-coat anything or paint the failed series with rose-colored glasses, which makes it all the more insightful. – Adam Chitwood

Todd Douglas Miller marks the 50th anniversary of the Apollo moon landing with a riveting documentary that takes you right back to 1969 as the world watched the pinnacle of human achievement. Obviously, everything was documented extensively at the time, but Miller and his team did an incredible job of restoring the footage to make it look pristine and immediate. He then weaves it all together by doing away with talking heads and narration and instead relies solely on editing and time stamps to bring you as close to the mission as possible. Apollo 11 is a riveting ride from start to finish that may not be as extensive as other documentaries but is perhaps the most immediate look at NASA’s historic accomplishment. – Matt Goldberg

The less you know about The Amazing Johnathan Documentary the better, as this is a story filled with insane twists and turns. But briefly, the film follows the documentarian Benjamin Berman’s quest to track down iconic comedian/magician John Szeles aka The Amazing Johnathan. Berman wants to make a film about The Amazing Johnanthan and what he’s been up to in the years since he was headlining shows in Las Vegas, but twist after twist after twist ensue to make for a hilarious and emotional “stranger than fiction” story. – Adam Chitwood

The incredible documentary Minding the Gap chronicles the lives of three young men growing up in Rockford, Illinois who have a passion for skateboarding. But as we quickly learn through the early portion of the film, skating is far more than a hobby—it’s an outlet for anger, frustration, and desperation. Bing Liu’s doc perfectly encapsulates what it’s like to be forced to grow up when you may lack the experience or maturity to do so, and how the cycle of abuse perpetuates itself due to factors both internal and external. In some ways it’s like a real-life Boyhood, as you really grow to love these three young men and become invested in their well-being. This is a must-see. – Adam Chitwood

Another incredibly inspiring woman: Ruth Bader Ginsburg. This film serves as a compelling look into the life of one of the most remarkable women of our time. At the age of 86, Ginsburg is still serving on the United States Supreme Court fighting for justice, as she has since her appointment in 1993. RBG dives into her life with accounts from those who know her, before and after she became such a popular icon, the Notorious RBG.

There’s total chaos and then there’s the events that occurred during the Fyre Festival. Through a series of promotional endeavors, Billy McFarland put on a front that this festival in the Bahamas was going to be legendary. Well, it was, just not for the reasons he promised. Instead, thousands of people were stranded in the Bahamas and locals were not provided payment for their services. Hulu’s version of the story, Fyre Fraud, tells the story of how it came to be, interviewing McFarland (now a convicted con-man), and many others directly involved with the festival’s planning and poor execution.

There are few toys as controversial as Barbie. On the one hand she’s a classic, fun doll for kids to play with. On the other hand, her proportions are completely inaccurate and she’s seen to promote an unhealthy sense of self. Through Tiny Shoulders: Rethinking Barbie, these arguments and many others are explored, alongside Barbies six decades in circulation.

The First Monday In May

Few events are as discussed and exclusive as the annual Met Gala. Happening, as the title suggests, on the first Monday of May each year, tickets are reserved for top celebs, designers, and donors. It coincides with the new fashion exhibit’s unveiling at the Met, always a remarkable sight to see. This documentary takes viewers behind the scenes of creating the exhibit and producing and executing the gala.

Three Identical Strangers follows the story of Bobby, Eddy, and David, triplets that were separated at birth only to find each other at the age of 19 in a case of happenstance. After they met, the three became internet celebrities of sorts, making the rounds on talk shows, even opening a restaurant. In the film, this initial meet is shown and then comes the story of what happened after—which is incredibly unexpected and downright disturbing. It’s a fascinating watch that deeply examines the nature versus nurture debate.

Far from the Tree

With a strongly ingrained lesson of accepting each and every person for who they are, Far From The Tree provides an intimate look at families in which society has deemed a member to be different or not normal. It’s an important film for everyone to watch as a reminder that the things people are often defined by are the characteristics that are least exemplary of their true nature.

For anyone who absolutely loves creation and design, this is a must see. Dior And I follows Raf Simons as head of storied fashion house Dior as he completes and shows his first haute couture line for the brand. It’s a rare look under the skirt of such a prestigious company and serves to remind viewers that nothing is as glamorous as it seems.