But that would mean missing out on autumnal walks along the stunning British coastline.

From seeing the Seven Sisters on South Downs Way to gazing out at Botany Bay’s chalk stacks on the Viking Coastal Trail, these seafront paths are a must for any keen rambler.

Read on below to discover the best trails around the UK, how to get there, and where to stay in the area.

Stretching for more than 80 miles from Hunstanton to Hopton-on-Sea, the Norfolk Coast Path takes in some of England’s wildest shores as it wends its way past sea cliffs, salt marshes and beaches.

The most visited stretch is Holkham beach’s four-mile sandy strand but there are equally lovely and less crowded spots.

Cley-next-the-Sea (with its landmark windmill) makes a good starting point for a looping walk around the National Trust’s Blakeney Freshes reserve.

Continue from Blakeney village to Morston Quay for a boat trip to Blakeney Point for seals and seabirds, or carry on to pretty Stiffkey for a coffee.

Overnight stay: The characterful, 18th-century George and Dragon near Cley’s salt marshes has rooms from £140pn.

The South Downs rise near Winchester and roll for 100 miles to end abruptly
in gleaming white cliffs on the coast between Brighton and Eastbourne. These vertiginous landmarks are East Sussex icons easily accessed by train.

From Seaford station, hit the beach and ascend the hill at its eastern end.

This is Seaford Head, on the far side of which lie the picture-perfect Coastguard Cottages with the Seven Sisters cliffs, marching into the distance.

At Cuckmere Haven, stop for lunch at Saltmarsh Farmhouse before clambering across the Sisters themselves on the South Downs Way. Below Belle Tout lighthouse, head inland to East Dean for well-earned pints and the bus back to Seaford.

Overnight stay: The cosy Wellington Hotel, not far from the seafront, has rooms from £65pn.

History, nature and big North Sea skies are the hallmarks of the Northumberland Coast Area of Outstanding Natural Beauty.

Among the first places in the UK to be awarded AONB status, this region of rocky cliffs, rolling dunes and gorgeous, sandy beaches comes with the added drama of crumbling castles and offshore islands frequented by puffins.

From Alnmouth station, head south along the sands to pretty Amble and catch a boat to see Coquet Island’s seabird colonies, or go north along a rockier shore to magical Dunstanburgh Castle.

Overnight stay: Book into one of the lovely glamping huts at Shoreside to give yourself ample time to explore the coast in all directions. From £95pn.

From the Saxon Shore Way to the Wantsum Walk, there’s no shortage of waymarked routes for hiking and biking the fringes of Kent.

An easy one to tackle is the Viking Coastal Trail, which circles the Isle of Thanet via 32 miles of coast and quiet country lanes.

Start at Ramsgate or Broadstairs railway station and head north along the shore, breathing in that fresh sea air from atop the windswept cliffs.

After this, the coast curves into Margate for a cultural fix at Turner Contemporary before reconnecting with the train.

It’s all about variety at the eastern extreme of the South West Coast Path. At 630 miles long, this waymarked route skirts the coast of four counties, beginning (or ending) at Poole Harbour, near Bournemouth in Dorset.

From the Sandbanks chain ferry, the route strides out across Studland Bay’s four miles of golden sands to the village of Studland, where it’s worth booking ahead for lunch at The Pig.

From here, the path continues to the chalk stacks at Old Harry, whose cousins, The Needles, stand across the sea on the Isle of Wight. The chalky cliffs continue to Swanage, from where the bus returns to the ferry.


MORE : Staycations are more expensive than going on holiday to Europe 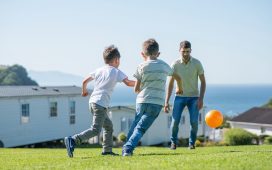 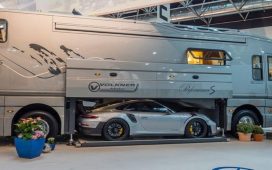 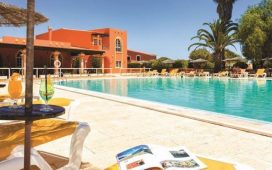 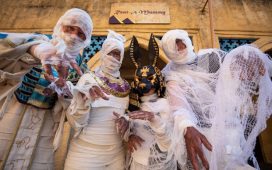 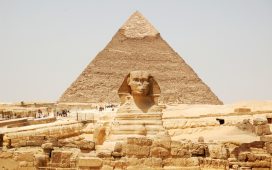 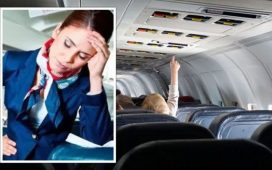