Ben Stokes: the sports star we’d all secretly love to be

Ben Stokes has been swamped with superlatives following his extraordinary match-winning innings at Headingley on Sunday, but perhaps none will mean as much as the words of Ian Botham.

Describing England’s hero as “the special one” on Sky Sports, Botham said of Stokes’s unbeaten 135: “It takes a remarkable man to do that… when other players see him, they think there is something special about him. He is the ‘special one’.”

Stokes is a sell-out

Thanks to Stokes the Ashes series is alive and kicking going into next week’s fourth Test at Old Trafford, with the scores level at one apiece.

That fact alone means the England and Wales Cricket Board (ECB) will benefit from Stokes’s brilliance, with the public falling over themselves to buy tickets for the Manchester Test and the fifth Test at The Oval.

But Botham believes Stokes will be putting bums on seats for many more years. “He is very valuable to cricket, not just England,” he said of the 28-year-old all-rounder. “He will sell the game worldwide. He should enjoy every moment. It was a really remarkable performance.”

Coupled with his heroics last month in the final of the Cricket World Cup, this has been Stokes’s year and whether or not England regain the Ashes he’s a shoe-in for BBC Sports Personality of the Year. And that’s the key to explain the popularity of Stokes – his personality.

In an era of suffocating conformity, when actors, singers, celebs and sports stars are scared of saying or doing anything that might be construed as controversial, Stokes is the antidote to the political correctness.

He spurns the healthy eating of his generation, preferring chocolate and “knock-off Nando’s” as his fuel, and he is similarly irreverent with words.

Minutes after single-handedly seeing off the Aussies on Sunday, Stokes told the BBC’s Jonathan Agnew in a live interview that the man who partnered him in his 76-run last-wicket stand, Jack Leach, had “serious bollocks”.

He followed that up with a tweet: “I fucking don’t care if I get fined. I love Test Match Cricket and I love England cricket.”

Back to his eating habits, the all-rounder revealed that after the Test in Leeds he and some of his team-mates went to a McDonald’s for a slap-up drive-thru meal.

The love is reciprocated. For Stokes is a flawed genius, a lovable rogue, and English sports fans have always had a soft spot for this genre.

From James Hunt and Botham to Paul Gascoigne and Freddie Flintoff, the English prefer their sporting idols to come with imperfections.

In contrast, the clean-cut stars like Jonny Wilkinson, Alistair Cook and Harry Kane are admired and respected, but never idolised.

Walk on the wild side

Stokes’s wild side is well known. Two years ago he was caught on film brawling in a Bristol street a few hours after smashing 73 to help England beat the West Indies in a one-day international match.

He was stood down from the Ashes tour to Australia that winter and appeared in court the following March on a charge of affray. He admitted to having had “at least ten drinks” but was found not guilty after it emerged he had acted in self-defence after defending two gay men who were being verbally abused.

Stokes has always refused to play the media’s game, toeing their conformist line at the expense of his individuality.

The apology he issued after the Bristol brawl was far from the grovelling one some newspapers had demanded, more a brief expression of contrition.

In an interview this year he was indignant at the idea that he should rinse his personality to conform to the puritanical zeitgeist.

“I’m not going to suddenly be an angel, because that’s not me,” he told the London Evening Standard. “I only have to prove things to myself. I’m not looking to please anyone… as long as England win, I don’t really care about trying to prove a point to people.”

The public respond well to such declarations of defiance. As they do to the fact Stokes has no airs and graces; he’s an individual but also a team player, a man who’ll bust a gut for his mates, as he showed on Saturday when he bowled a lengthy spell in sweltering conditions after Jofra Archer had gone down with cramp.

In short, Stokes is the sports star we’d all secretly love to be – the winner who parties hard and plays hard and makes it look so damned easy, even though he works harder than anyone in training.

As love songs go, few have been more heartfelt. 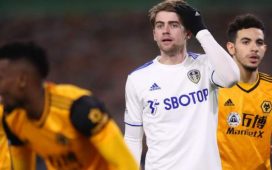 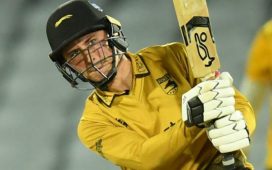