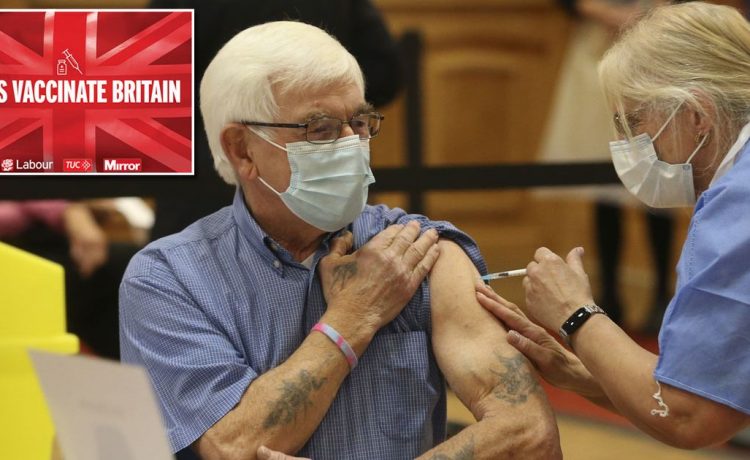 Mirror readers are today urged to join the national effort to help get millions of vulnerable Brits vaccinated against Covid.

We, the Labour Party and the TUC are launching a ‘Let’s Vaccinate Britain’ campaign to sign up thousands of volunteers.

NHS England is looking for 50,000 stewards to help out at vaccine centres where 14m people will be inoculated by the middle of February.

Together, we want to encourage Brits to get the jab when offered – and make sure their gran and grandad get theirs too.

And we believe that everybody has a duty to call out irresponsible anti-vaxxers spreading falsehoods about the life-saving vaccines.

What do you think? Let us know in the comments

Labour leader Keir Starmer and union chief Frances O’Grady have joined us to issue a rallying cry to millions of readers, party members and trade unionists.

Mr Starmer told us: “Whenever our country has been at a time of need, the Labour movement has always stood up, moving heaven and earth to help in the national interest.

“The roll-out of the vaccine is a crucial moment – we are all invested in getting this right.”

He has already urged the Government to use the latest lockdown to create a “round-the-clock” vaccination scheme in order to “end this nightmare”.

The Covid-19 daily death toll was yesterday over 1,000 for the first time since the dark days of the first wave in April.

Another 62,322 new cases were recorded, the highest daily rise since mass testing began.

And there were 30,074 Covid patients in UK hospitals, almost 20% more than just a week ago and 40% higher than the April peak.

Frontline NHS staff told of devastating scenes in hospitals across the country as medics battled to tackle the second wave of the deadly disease.

READ  Margaret Thatcher’s election: what the papers said in 1979

Boris Johnson said there was now a race between the spread of the virus and the delivery of vaccines to the most vulnerable.

The Prime Minister warned MPs that it would take time to ease lockdown restrictions in England which could be in place until the end of March.

1. Volunteer to help the NHS deliver the jab to every town, city and village in Britain

2. Make sure you have the jab when it is your turn

3. Encourage family, friends and workmates to have the jab

He said: “Our emergence from the lockdown cocoon will not be a big bang but a gradual unwrapping.”

But easing curbs depends on vaccinating millions of patients – and the virus not mutating again into a strain as infectious as the new Kent strain.

Mr Johnson said: “We are in a tough final stretch, made only tougher by the new variant.

“After the marathon of last year we are indeed now in a sprint, a race to vaccinate the vulnerable faster than the virus can reach them.

“Every needle in every arm makes a difference.” 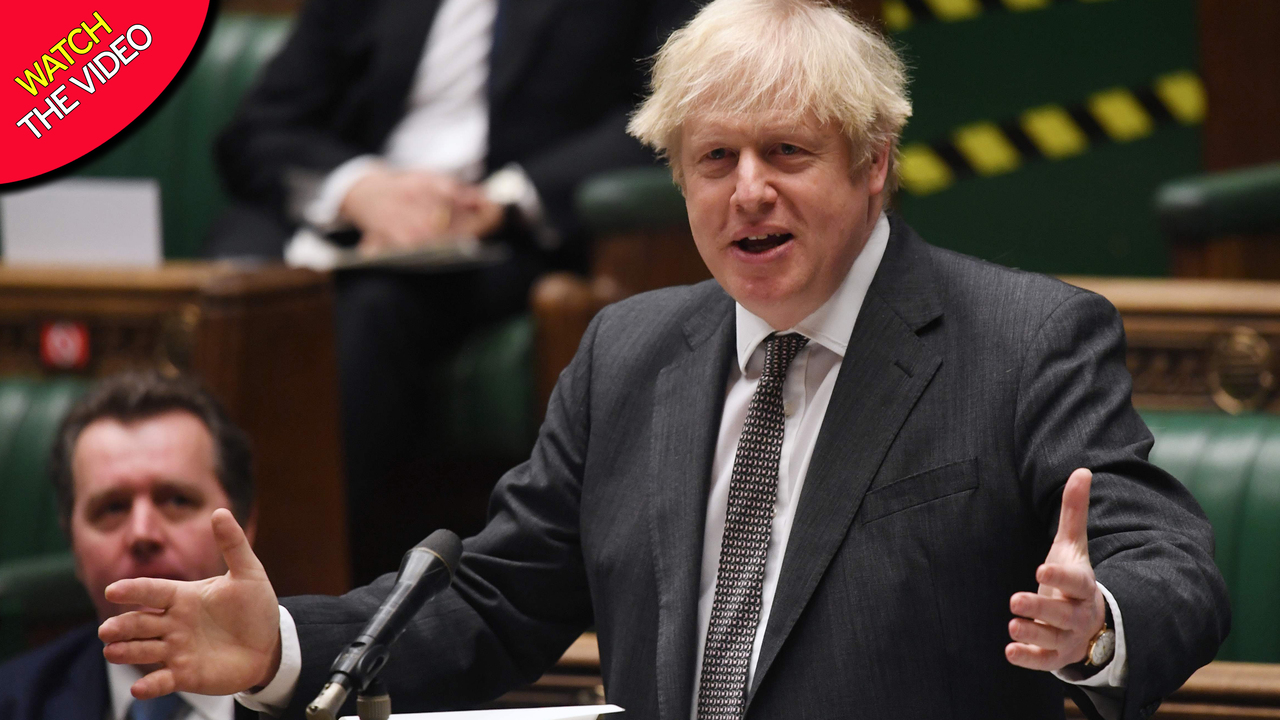 The Government is giving the vaccine to as many priority patients as possible with a second shot after 12 weeks, rather than offering a booster dose three weeks after.

The World Health Organisation said it would not recommend that approach, instead suggesting the interval between doses should be between three and four weeks.

Ministers are under intense pressure to deliver on their ambitious targets amid fears over their poor record on previous logistical challenges.

Vaccines minister Nadhim Zahawi admitted the target of vaccinating around 14 million people in the highest priority groups by February 15 was “stretching”.

Just 10% of care home residents had received a vaccine, along with 14% of staff.

Labour analysis shows just how crucial effective and efficient roll out of the virus over the coming weeks will be.

Every single week of the pandemic has cost the NHS £1 billion, the UK economy £5.3 billion and working people 23,000 jobs.

Mr Starmer called on the Government to work closely with trade unions to help deliver the vaccine.

“The trade union movement – of which many Mirror readers are a part – is the backbone of this country,” he said.

“Between us, we can make a huge difference to delivering the vaccine and making Britain the first country in the world to roll it out successfully.”

TUC chief Frances O’Grady added: “Getting everyone vaccinated is how we can get everyone back to work, in safe workplaces, and get all our lives back.

“Trade unions always step up in times of national crisis. So I am asking every trade unionist to get behind our brilliant NHS professionals – and get behind the campaign to get everyone vaccinated as quickly as possible.

“We can all help by getting the jab, when it is our turn – and by encouraging friends and family to.”

Ms O’Grady, Mr Starmer and his deputy Angela Rayner will today write to millions of trade unionists and Labour members asking them to join the campaign.

Every Labour MP and council will be asked to encourage as many people as possible to get vaccinated.

Labour will in the coming weeks hand over its social media accounts to NHS workers, those tackling misinformation and those delivering vaccines.

Union workplace reps across the country will negotiate with their employers for paid time off to get staff vaccinated.

READ  Labour FINALLY supports all kids going back to school in Setpember ‘no ifs, no buts’ in major U-turn

He listed a series of failures as he blasted Mr Johnson for dithering before ordering tough moves.

Speaking in an emergency sitting of Parliament to rubber-stamp restrictions, he said the fact a third nationwide shutdown in 10 months was needed “is not just bad luck, it’s not inevitable – it follows a pattern”.

He added: “The situation we face is clearly very serious – perhaps the darkest moment of the pandemic.”

Tories demanded assurances restrictions would not last until the end of March – despite regulations saying curbs could stretch that far.

But the PM said: “Our emergence from the lockdown cocoon will not be a big bang but a gradual unwrapping.

“That is why the legislation this House will vote on runs until March 31 – not because we expect the full national lockdown to continue until then but to allow a steady, controlled and evidence-led move down through the tiers on a regional basis.

“Carefully, brick by brick, as it were, breaking free of our confinement but without risking the hard won gains that our protections have given us.”

The PM said there would be “continuous review” of the measures with a statutory requirement to look at them every fortnight and a legal obligation to remove them if they are no longer necessary.

Senior Tory Sir Graham Brady, chairman of the party’s backbench 1922 Committee, said “many” MPs are concerned at being asked to approve a lockdown which could last until the end of March.

Conservative former minister Sir Edward Leigh said many of his colleagues were voting in favour of lockdown regulations “out of loyalty or because we want to preserve the Government’s authority” – but were “worried” about successive lockdowns being “less and less effective”.

Government advisor Graham Medley, professor of infectious disease modelling at the London School of Hygiene and Tropical Medicine warned “we’re in for a long haul” in the fight with coronavirus.

He predicted that measures to curb the spread of coronavirus could be needed “next winter or even the winter after”.