How to follow:
Listen on BBC Radio 5 live and BBC local radio; text commentary on the BBC Sport website

Tottenham manager Jose Mourinho is set to rest some of his players for Spurs’ final Champions League group match, away at Bayern Munich on Wednesday.

Last season’s beaten finalists Spurs are second in Group B and have already secured their place in the last 16, behind group winners Bayern.

“I can say that Harry Kane will not play, but who will play, I need to think,” said Mourinho.

“The Bayern match will be one when I am going to rest some players.”

Tottenham, then-managed by Mauricio Pochettino, were embarrassed in the home match against Bayern in October, losing 7-2 in London, before the Argentine was sacked last month.

Mourinho, a Champions League winner with Porto in 2003-04 and with Inter Milan in 2009-10, was in charge for Spurs’ match against Olympiakos and, despite falling 2-0 behind, a 4-2 victory secured their place in the knockout phase.

Tottenham, seventh in the Premier League, are playing seven times in December and their next two league matches are away at sixth-placed Wolves on Sunday and then at home to a Chelsea side who are fourth on 22 December.

Bayern, who have been German champions seven years in a row, are struggling domestically and a 2-1 loss at leaders Borussia Monchengladbach on Saturday left them seventh in the Bundesliga table. 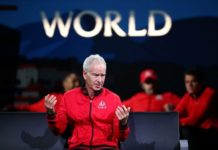 Newcastle warned takeover by Saudi Crown Prince would be 'sportswashing' 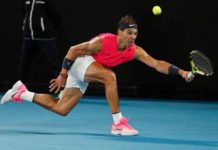