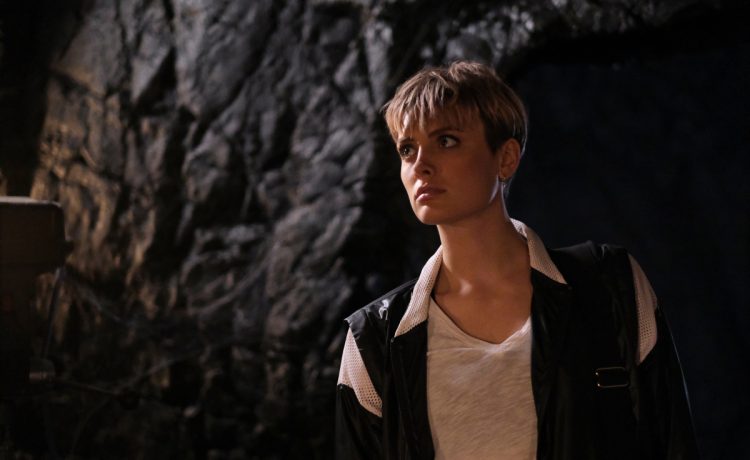 Batwoman is entering a new era, one where both women who’ve donned the Batsuit in the CW-verse are alive at the same time. When Kate Kane disappeared and her suit washed up on the shore, Ryan saw an opportunity to find justice. Since then she’s taken over the responsibilities of being Batwoman, and made the suit and the persona her own. But, in universe, her time as Batwoman was always meant to be temporary, as Luke reminded her constantly. She was a placeholder for Kate, a stand-in. Ryan’s relationship to Mary and Luke have evolved past that, but the foundation of that relationship is still built on the idea of Ryan’s impermanence.

When Ryan went to Coryana to find Kate, she did so knowing that success meant bequeathing her new life and—possibly—her new relationships. She can’t really know if those relationships are contingent upon her being Batwoman, because they all formed around that identity.  And when the rest of the team fawn over the alive-again Kate, it’s hard for Ryan not to feel disposable. She moves back into her van, and only Sophie names a case against it… barely. Everybody is so happy to have Kate back that they lose all discernment, and don’t listen to Ryan when she says Kate may not be ready. They take everything Kate says at face value, even knowing what was done to her, and it doesn’t occur to them that she may still not be herself.

When word gets to the Bat Team that Roman Sionis is recruiting former Crows, Ryan investigates, and steals a laptop with his financial records. The GCPD find her and the laptop, in her van, and arrest her for possession of a bag of Snakebite syringes they clearly planted. Roman villain-spiels at her, threatens her life, then she has to convince her parole officer that she’s being set up, revealing herself as Batwoman in the process. It’s really a good moment for Ryan to finally be believed—even if she beat up several GCPD officers, which helped her case. When she gets back to the Batcave, Mary, Luke, and Sophie are locked in the lift and Circe is raiding the weapons.