Newly crowned as King of England, Henry V, then 27, ventured across the channel to France where the English crown owned land.

The warrior ruler excited the medieval parliament of the day and funds flooded in to finance a war effort to tackle ‘the old enemy’.

Initially, the invasion was met with disaster when thousands of troops died of dysentery at the siege of Harfleur.

He turned his forces around and marched on Calais, before being blocked by a French army at Arras.

It is thought by some that an army several times the size of Henry’s was facing the English.

Henry was presented with an option to avoid what looked like a slaughter of thousands of Englishmen — give up his lands in France and there will be no fighting.

This, Henry knew, would undermine his new found authority and infuriate those across the channel in England and was not an option.

Despite overwhelming odds, the Englishmen fought the French.

The French were systematically picked off by the longbows, with Henry refusing to give in to demands to give up his french lands in exchange for no fighting. 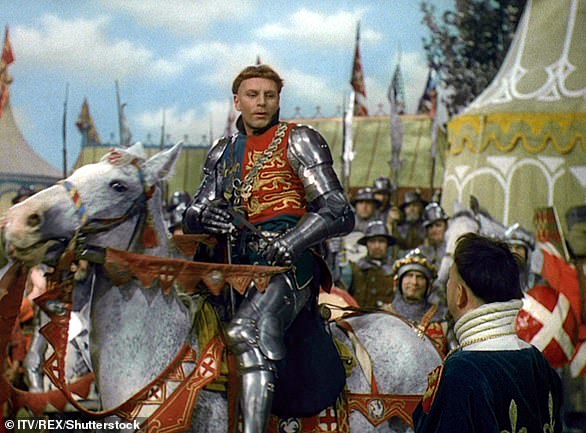 Newly crowned as King of England, Henry V, then 27, ventured across the channel to France where the English crown owned land. Pictured, Laurence Olivier during his portrayal of the king

Geographical restraints of the battlefield meant that he French advanced into a barrage of arrows, with horses and men losing their lives.

The swelling mass of cadavers made it impossible for reinforcements to advance the front line, and with no mercy given shown, no quarter given, the French  nobility were massacred on their own turf by a foreign ruler.

The battle was said to have been fought ‘for England, harry and St George’ and ranks atop any list of English military victories, alongside iconic moments such as the battles of Waterloo and Trafalgar.

The French aligned with the English, Henry V was recognised as king of France as well as England and he received a hero’s welcome upon return home.

Charles the Mad acknowledged him as heir, he wed his daughter, and five years later he entered Paris after the French capitulated and signed the Treaty of Troyes.

Despite bringing England back to the heights of the bygone eras of Henry II and Edward II he died only seven years after Agincourt from Dysentry in August 1422.

The very same year, Charles the Mad, the french king, died, leaving one of the most territoriality powerful empires in Europe in the hands of a child.

His claim to the French throne was undermined by the presence of the Dauphin, the kind of Charles the Mad.

War would yet again commence between the two nations. 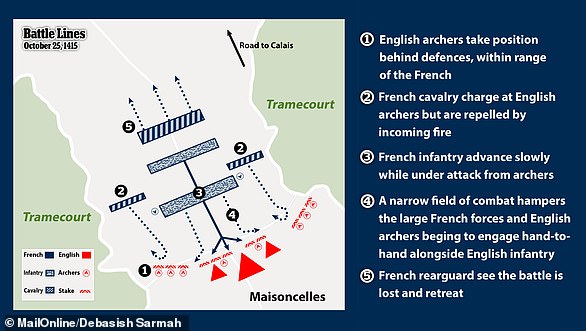 The French were systematically picked off by the longbows, with Henry refusing to give in to demands to give up his french lands in exchange for no fighting