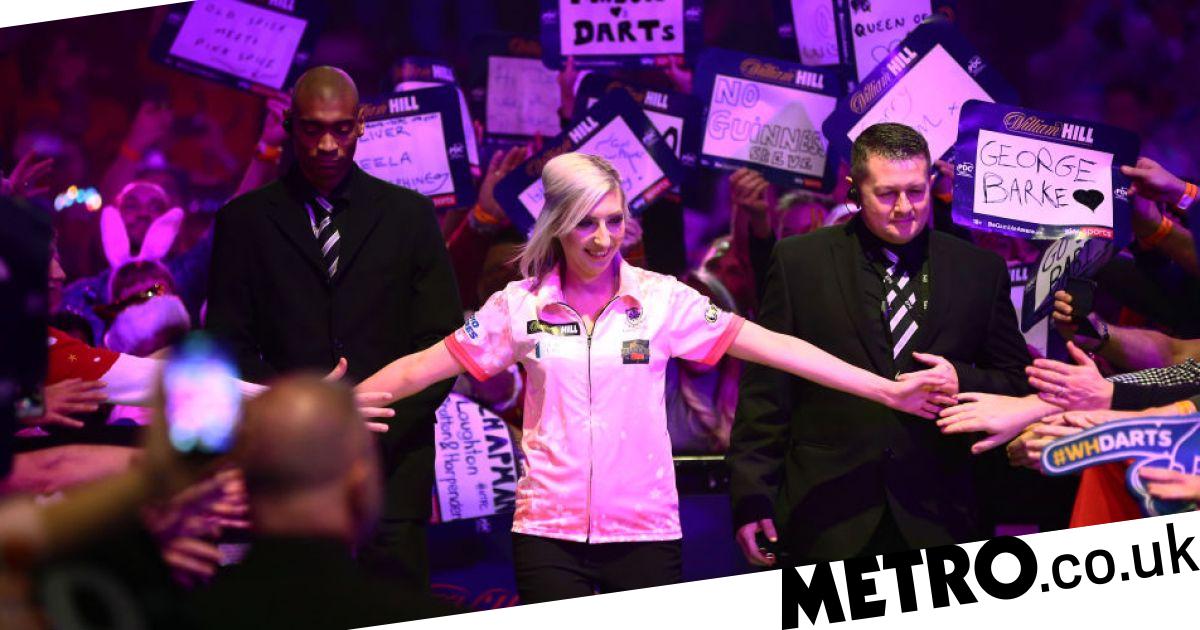 Fallon Sherrock made history with her two wins at the PDC World Darts Championship this year and also set records as legions of fans tuned in to watch her at Alexandra Palace.

The 25-year-old became the first woman to ever win a match at the PDC World Championship when she beat Ted Evetts in round one and then sensationally followed that up by downing world number 11 Mensur Suljovic in the second round.

The impressive victories propelled her into the wider public’s consciousness, no longer only known among the niche group of darts fans that follow the women’s game in the BDO.

The widespread media attention clearly had an affect as PDC chairman Barry Hearn confirmed that her third round match with Chris Dobey attracted more viewers than any afternoon session in the tournament’s history on Sky Sports.

Hearn tweeted: ‘This event is incredible! Fallon’s match last Friday afternoon hit the highest TV audience ever for an afternoon session and last nights semis the biggest ever audience other than a final in the history of darts on Sky. @OfficialPDC- you are officially on fire!’

This event is incredible ! @OfficialPDC Fallon’s match last Friday afternoon hit the highest tv audience ever for an afternoon session and last nights semis the biggest ever audience other than a final in the history of darts on Sky. @OfficialPDC – you are officially in fire !

The semi-finals on Monday night also attracted the highest ever viewing figures for a session other than a final as Peter Wright beat Gerwyn Price and Michael van Gerwen ousted Nathan Aspinall.

The PDC hierarchy will now be hoping that the Van Gerwen vs Wright final can also do record numbers on New Year’s Day as the pair battle it out for the £500,000 top prize, although they may have had a better chance if Price had made it to the showpiece.

They are certainly doing their best to cash in on the Fallon-effect as Sherrock has earned herself an invitation into all five World Series events in the 2020 season.

This will see the new Queen of the Oche compete in the non-ranking events in America, Germany, New Zealand and two in Australia.

While as-yet unconfirmed, Sherrock is also extremely likely to be given one of the Premier League Contender spots, which will be announced after the final on Wednesday.

Hearn said of Fallon’s World Series invites: ‘We remain committed to furthering opportunities for female players and Fallon’s achievements put her at the forefront of this.

‘She has acquitted herself superbly and we can’t wait for her to be a part of the World Series this year.’

MORE: Michael van Gerwen fires warning to Peter Wright ahead of PDC Darts World Championship final: ‘Against me he’s not allowed to miss’