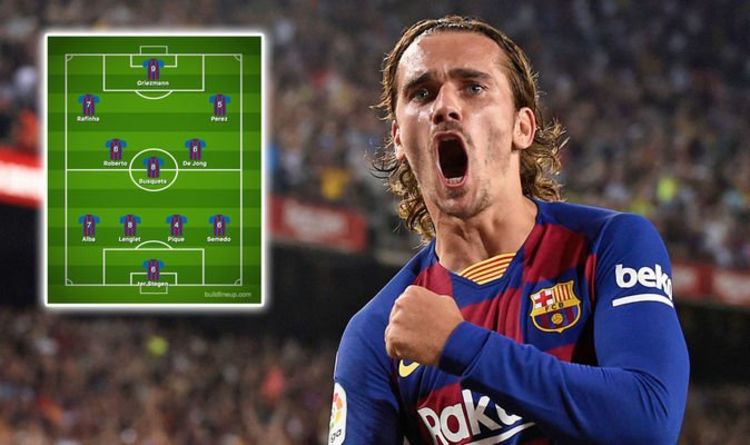 Barcelona were 5-2 winners with Antoine Griezmann grabbing his first competitive goals for his new team.

The Frenchman, who signed from Atletico Madrid in the summer, scored a brace as Barcelona came from a goal down to win without Lionel Messi who is out injured.

Youngster Carles Perez was also on the scoresheet as was full-back Jordi Alba and substitute Arturo Vidal.

Express Sport have rated how the Barcelona players performed during their clash with Real Betis, but do you agree?

Couldn’t do much about either of Betis goals, had little else to do.

Looked a threat as he went regularly forayed forward.

Booked and at times struggled against the pace of the Betis forwards.

Looked as assured and composed as ever.

Netted Barca’s fourth as the full-backs advanced further up the pitch.

Decent performance in the middle of the park in a comfortable win.

Helped Barcelona dominate the ball as always. One of Barca’s most consistent players. Subbed after 73 mins.

Helped to keep things ticking over but there was nothing remarkable about his performance.

The youngster looked a bit tense and struggled with his final delivery though got on the scoresheet with a fine finish.

Grabbed his first competitive goal in a Barcelona shirt before netting a second with a stunning curling effort. Looked sharp throughout.

Constant threat down the left for the hosts.