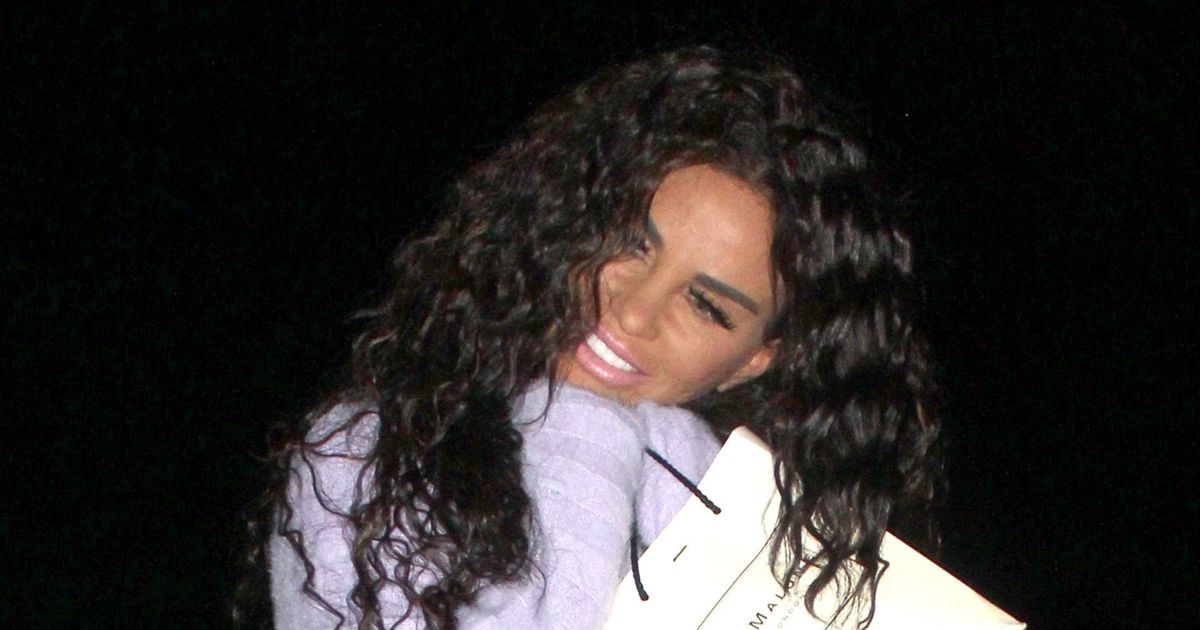 The former glamour model, 41, stepped out in London and was seen waving about a designer shopping bag – weeks after being made bankrupt.

Her usual highlighted hair was replaced with a dark wig and she looked just like her younger self during her model days as Jordan.

She was dressed in a black PVC mini skirt which she paired with a lilac fluffy jumper and chunky black boots.

The trendy mum-of-five appeared to have splashed the cash on Jo Malone perfumes as she clutched the luxury gift bag by her side.

Her solo shopping trip comes after she was reportedly banned from taking her children on a New Year’s holiday by their dads.

She wanted to take Bunny, Jett, Junior and Princess away on holiday to Thailand, but her exes Kieran Hayler and Peter Andre were reportedly not keen on the kids missing days of school.

Friends of the dads have claimed they were worried they wouldn’t be back in time for the 2020 school term, which is set to begin next week.

A source told  The Sun : “Katie is desperate for a holiday and has given herself the first two weeks off work to go away and get a tan.”

The source added: “But Kieran and Pete weren’t keen on her taking the kids away on a long haul holiday.

“Katie is always a bit disorganised when it comes to booking return flights, especially if she’s talked a friend into paying for them.

“I think the kids’ dads were worried they’d miss the first few days of term in January, which isn’t fair on them.

“It’s not like they’ve had a huge row, they’ve just asked Katie to consider going on holiday alone and leaving the children to prepare for their first day back.”