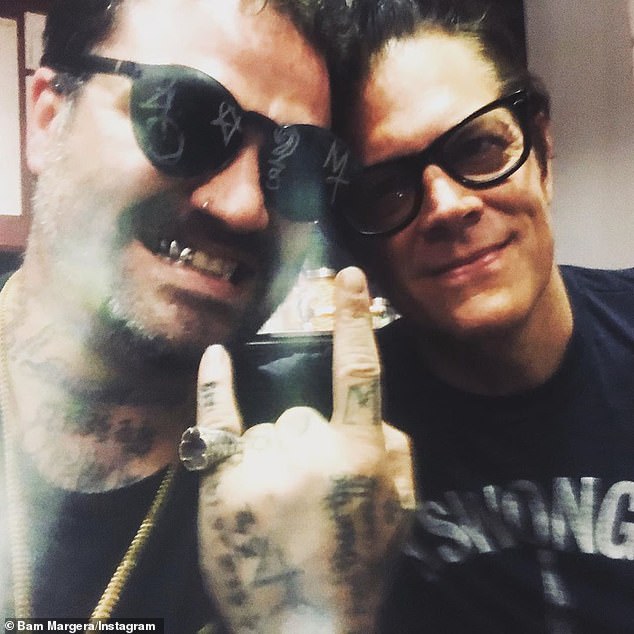 It has been a drama-filled last couple of weeks for Jackass star Bam Margera.

He checked back into a rehabilitation facility, was arrested for allegedly trespassing, and had to be admitted to a hospital after suffering from edema, a condition in which excess fluid builds up in the body’s tissues.

But on Friday, August 30, the 39-year-old skateboarder flashed a big smile and maintained to TMZ he was doing ‘really good’, in part, because of the support of his Jackass co-stars like Johnny Knoxville and Steve-O.

Show of support: Bam Margera, 39, said his Jackass co-stars like Johnny Knoxville (right) and Steve-O have visited him into rehab since he was readmitted

Margera had just finished having lunch at a popular Mexican restaurant on Melrose Avenue, when he was spotted walking with a man.

It turns out that man was his sober companion from Wavelengths Recovery, where he’s currently a patient.

When asked about his well-being, Margera reiterated, ‘I’m actually really good,’ adding that he’s in treatment in Huntington Beach and that he had a court appearance in nearby Van Nuys earlier in the day. 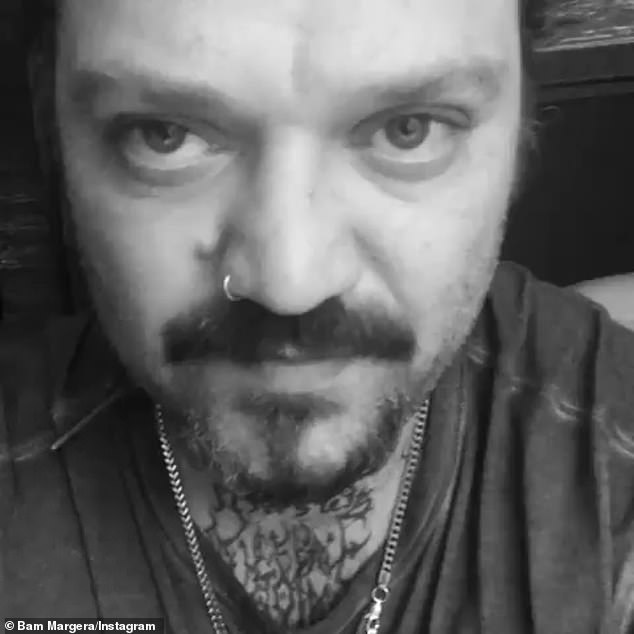 Personal battle: This latest stint in rehab is Margera’s third in August

The Pennsylvania native’s face appeared to light up with gratitude up when he was asked about whether his Jackass co-stars had reached out to him.

‘They all have visited me [in rehab] and they all have been really supportive,’ he told the photographer as they all walked along the trendy street.

In welcome news to his fans, Margera also said he would take part in a Jackass 4 fil, if it did come to fruition.

‘It all depends on Johnny Knoxville’s availability because he’s always busy filming other stuff,’ he explained. 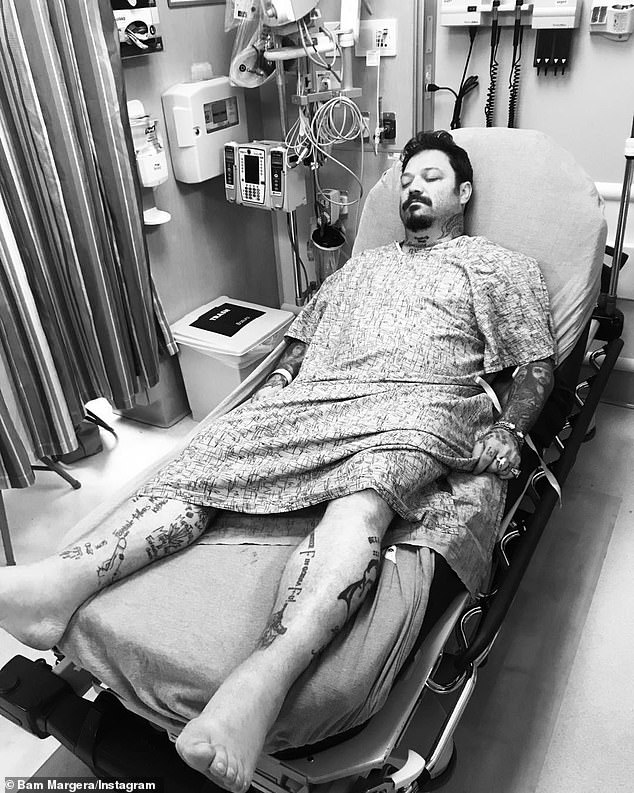 Medical scare: The television personality was admitted to the hospital in recent days for edema, a condition in which excess fluid builds up in the tissues

The television personality shared the news of his health issues with a black and white photo he posted to Instagram on Wednesday, which was deleted later in the evening.

That photo showed him looking morose while lying on a gurney and wearing a hospital gown.

‘Adema sucks but i will be fine and out in a few hours, either reaction to new medicine or detoxing from i guess a bit of alcohol from two weeks ago when i had the pleasure to go to jail [sic],’ he wrote in the caption. 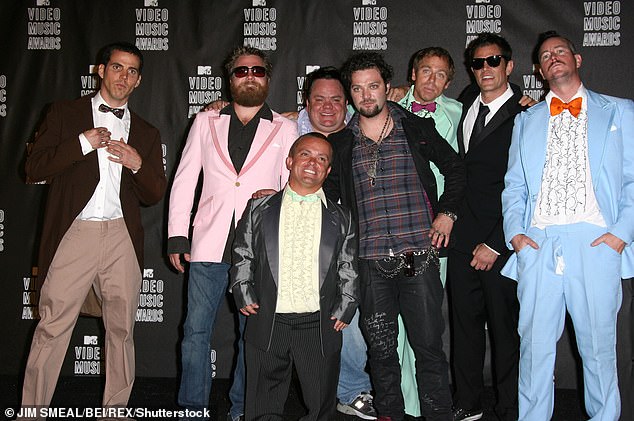 Jackass 4 reunion? Margera said he would take part in a Jackass 4 film; some of his co-stars include Steve-O, Ryan Dunn, Wee Man, Margera, and Johnny Knoxville (second from right)

The Viva La Bam star was arrested August 14 after getting into some sort of argument with patrons of a bar at a Hollywood hotel. He reportedly refused to leave the premises, even after the first police officer on the scene tried to convince him to go peacefully.

Earlier in the month he was removed from a commercial airline flight following an altercation with an airport police officer who told him he was too drunk to fly.

The following day, Margera posted a chain of videos on his account, publicly pleading for Dr. Phil ‘s help. Dr. Phil later reciprocated Margera’s pleas, and referred him to a treatment center following a one-on-one session