Early on in her career with the Royal Ballet, the principal ballerina Deborah Bull had the chance to dance in a hospice. And when she saw firsthand the positive impact her performance had on terminally ill people, a simple question began to burn away inside her: why?

It is a question that nearly 40 years later, medical researchers are starting to ask – thanks in part to Bull herself, now a life peer – and one that has the power to revolutionise healthcare in this country. But back in the early 1980s, when Bull was a young, inexperienced dancer, the idea that art could help to heal the nation’s health problems was not deemed worthy of serious academic study.

This puzzled Bull, who saw dramatic transformations take place before her own eyes after she joined the Royal Ballet. “I was made aware of a project led by the education department to take pairs of dancers into hospitals and hospices to perform for the patients,” she explains. At the time, it merely felt like an opportunity to grab the limelight. “Here was a chance to do the repertoire I was dreaming of: the star roles.”

Bull, now 56, has never forgotten the chat she had with an elderly female patient after one such performance in a hospice. “She talked about my costume and my headdress, what it felt like to wear it and what it felt like to dance.” At the time, Bull thought nothing of their conversation.

“But as I left, the ward sister said: ‘Thank you so much for doing that. That’s the first time she’s spoken since she arrived here.’”

READ  We’re deluged with images of ‘beauty’. No wonder so many of us feel so bad | Dawn Foster

Bull felt immediately that something fundamental had happened – not only to the patient, but to Bull herself. That was the moment, she says, that she realised just how powerful the arts could be. “It was the very beginning, for me, of thinking: this art that I have been passionate about since the age of seven has the potential to really make a difference.”

Today, as vice-principal of King’s College London, Bull is the executive sponsor of the world’s largest-ever study of the impact of arts intervention on physical and mental health. The project, funded by a £2m grant from the Wellcome Foundation, will study three interventions: movement and music sessions for stroke patients, singing for women with postnatal depression, and dance for people with Parkinson’s disease.

About 300 stroke patients will be recruited to see whether attending movement, music, song and spoken word workshops improves cognition, mobility and speech. Researchers will also measure the oxytocin and cortisol levels of 400 mothers to monitor the impact of singing on the mother’s body. And 135 Parkinson’s patients will be assessed to see if weekly ballet classes improve their mobility, stability and tremors. Of the Parkinson’s patients, she says. “It’s about the ability to control one’s own body, but it also has a wellbeing and mental health component.”

It will form part of treatment pathways at Guy’s and St Thomas’, King’s College hospital and South London and Maudsley NHS foundation trusts, and community centres in Lambeth and Southwark. Carmine Pariante, professor of biological psychiatry at King’s, and Daisy Fancourt, associate professor of psychobiology and epidemiology at University College London, will lead the study. “We know these interventions can work – now we need to know whether they work for the NHS and in the NHS,” says Pariante.

For Bull, who spent decades observing what was happening to people’s health when she danced for them,, the research project represents a huge leap forward. “In my time in the company, we took part in lots and lots of these interventions. Sometimes in schools, sometimes in health settings. All the time I was getting this feeling: the art I do can make a difference. I could see people were altered, that they felt better about themselves, that they behaved differently. And I really wanted to understand why. But there were no researchers there.”

One of the reasons she says she left her previous role as creative director of the Royal Opera House and came to King’s was so she could get closer to academics studying the changes she had witnessed as a dancer. Shortly after joining the university in 2012, she led “a mission”, she says, to find peer-reviewed, “proper research” around the globe about the impact of arts and culture on health and wellbeing, as well as other environmental, social and educational impacts.

Each piece of research was given a 300-word layman’s summary by a team of academics and put on a free site, with a link to its original paper.

It soon became obvious that the biggest sector of research by far was arts, health and wellbeing – and also that “there is a lot of research going on, but most of it is on a very small scale”, according to Bull.

Some of the interventions detailed in the papers had even been robustly trialled, but never rolled out at scale: “The sector was crying out for the potential to test at the next level.” This was the impetus for the new, large study.

“Through King’s health partners, we have the potential to take these three interventions and roll them out to bigger populations, and test whether they are clinically effective, economically effective and implementable,” she says.

She welcomes the move by the government to promote “social prescribing” as a recognition of the benefits of the arts in transforming patients’ lives.

“I do think we’re seeing a shift. There is a move towards social prescribing, and arts interventions would be an element of that,” she says, citing the fact that these social and physical activities bring psychological and physical benefits to patients.

For Bull, it has been a tremendous journey. “I’m not a researcher myself, nor will I ever be. But I want to be in an environment where I can be closer to these questions.” She puts her faith in the research. “But from my own experience, I have had great joy and found great strength in dancing, singing and the arts. So I very much hope this is what we will find. And I wait with excitement to find out.”

Family: Lives with her partner.

Education: Royal Ballet School from the age of 11 until 18.

Public life: Made a life peer in 2018, with a focus on arts, culture, creativity, education and social mobility.

Interests: Playing the piano, walking along beaches, reading and going to ballet productions that challenge convention.

How to live longer: Best exercise to boost your life expectancy amid coronavirus pandemic

Head lice drug may kill coronavirus and could be possible treatment, study claims 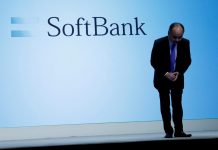 Can I visit my elderly relatives? And other tips for coronavirus and older people

Vitamin B12 deficiency symptoms: Loss of this sense could be a sign you lack B12 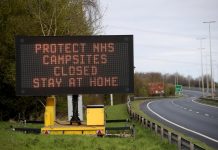 Britain unlikely to lift coronavirus lockdown until end of May: government expert

UK coronavirus lockdown should be lifted by end of May or earlier as epidemic to plateau in 10 days, PM’s adviser says