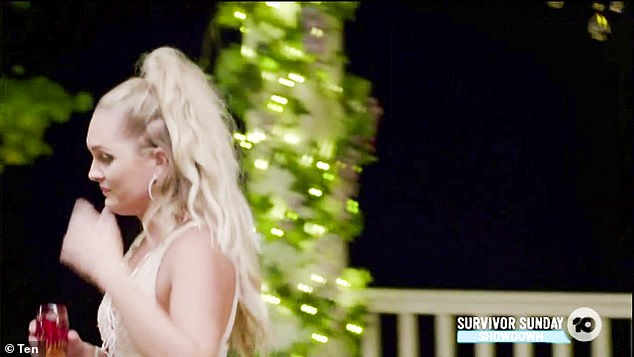 ‘I’m done with it!’ The Bachelor’s Nichole Wood launches into a foul-mouthed tirade and threatens to LEAVE the mansion as Monique Morley receives a rose and single date card

The mansion went into meltdown on Wednesday’s episode of The Bachelor.

The 23-year-old launched into a foul-mouthed tirade and labelled Monique ‘just a blonde f***ing b**ch with a tan’.

‘I’m done with it!’ The Bachelor’s Nichole Wood (pictured), 23, launched into a foul-mouthed tirade on Wednesday’s episode, and threatened to LEAVE the mansion

Every woman was out for themselves during the cocktail party, with a single date card up for grabs, and Nichole wasn’t happy when Monique stepped up her game.

Monique, 26, was pulled aside by Bachelor Matt Agnew, 32, for one-on-one time, leaving Nichole at her wits end.

The busty lingerie designer treated the handsome astrophysicist to a scavenger hunt, hinting at liking adrenaline by planting a motorcycle helmet in the garden for him to find. 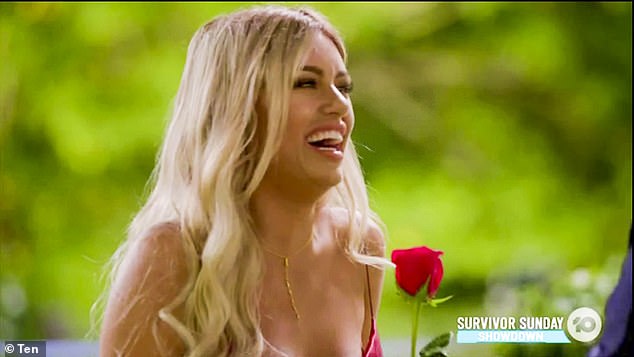 ‘I’ll lose it if she gets the single date card,’ Nichole told an equally miffed Rachael Arahill, 23.

‘She’s getting it [the single date card]. It’s a f**king no-brainer,’ she added.

After Monique received not only the single date card, but also a rose, Nichole unleashed into a verbal tirade. 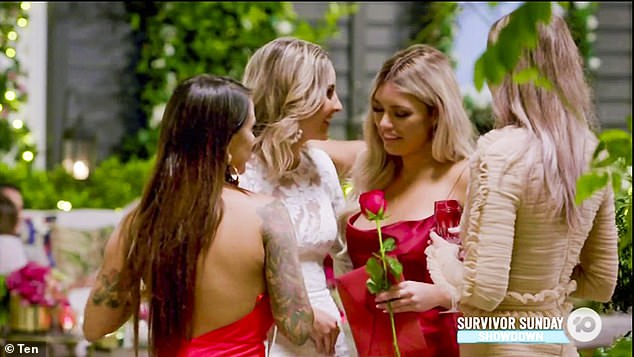 Drama at the cocktail party: As Monique celebrated her win, Nichole was at her wits end

Nichole proceeded to storm off set with Rachael, urging the cameramen to get out of her way.

The Bachelor continues Thursday at 7.30pm on Channel 10 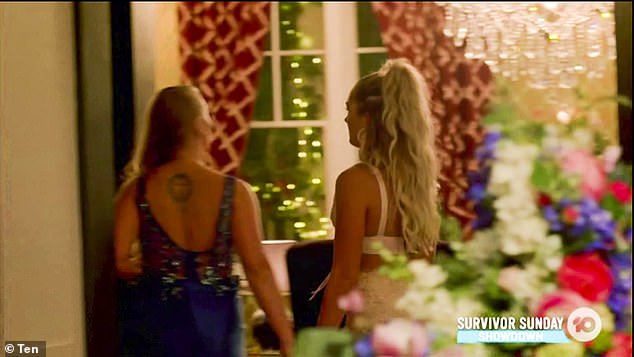