BACHELOR star Demi Burnett apologized for wearing a Confederate flag jacket in resurfaced photos as she admitted she “f***ked up.”

All this comes as the popular franchise’s host Chris Harrison stepped down after he seemingly defended current contestant Rachael Kirkconnell’s attendance at a “racist” plantation-style party in 2018.

It all kicked off after past photos of the former reality star resurfaced and showed her wearing an offensive article of clothing.

Demi then took to Twitter to explain herself and offer up an apology.

She explained: “F**k it. People are telling me I shouldn’t say anything, I’m going to say something about this… So, there’s been this picture that’s been resurfaced of me wearing a jacket that had a Confederate flag on it.

“That jacket was given to me by my ex, his dad actually gave it to me, and I had no idea the weight that the Confederate flag held whenever I was wearing it. And I just wore it for that one night, and it was a Yeezy jacket.

“I thought it was so cool. I was like, ‘Yeah, Yeezy.’ And I didn’t even pay attention to that.”

The ABC star continued: “That’s ignorant of me not to pay attention to the Confederate flag. Even more ignorant of me to not even know how harmful that is to people. So, like, yeah. I royally f***ed up wearing that. And I am so f***king sorry.

“I’m disgusted with myself. I’m embarrassed, like, it doesn’t even matter how I feel. I’m just so f**king sorry because that is not what I stand for, that is not what I’m about. And I’m really mad that I ever wore it.”

Demi, who appeared on season 23 of the show, was not done there as she proceeded to bash herself and label herself an “ignorant, self-absorbed sack of s**t.”

This incident just adds to all the head-turning past decisions other people afflicted with the show have made, including 24-year-old Rachael, who was at an old south antebellum party thrown by the college fraternity, Kappa Alpha three years ago.

Rachael, who recently apologized, was also alleged to have liked racist social media posts in the past, one of which showed two Caucasian women dressed in a hula outfits, posing in front of a Confederate flag.

However, host Chris was quick to defend Rachael, telling Extra TV’s Rachel Lindsay: “We all need to have a little grace, a little understanding, a little compassion.

Naked Attraction contestant was kicked off set after getting ‘over excited’

He added: “The woke police is out there. And this poor girl Rachael, who has just been thrown to the lions.

READ  ‘My Brilliant Friend’ Season 2: A Study in the Source of Female Rage

After backlash, the 49-year-old would step down from his hosting duties, saying: “The historic season of The Bachelor should not be marred or overshadowed by my mistakes or diminished by my actions…” 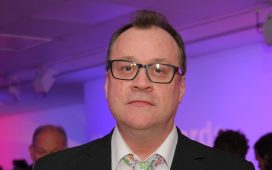