THE tot who nearly died in the Kabul airport bomb attack will be flown to Britain to be reunited with his mum — and start a new life.

Muhammad Raza, dubbed the Angel of Kabul, has been granted Home Office approval to settle here when he is well enough after officials read of his ordeal in last week’s The Sun on Sunday.

Muhammad, two this month, was given a 30 per cent chance of survival after shrapnel pierced his body.

Mum Basbibi, 19, had got on an RAF flight to Dubai before the suicide bomber struck.

Basbibi, in London, said: “It has been awful but finally there is some good news.

“I’m really thankful to your newspaper for your help, and we are very grateful to the British government.

“I’m so happy and excited I’ll be reunited with my babies.”

Muhammad now has an 80 per cent chance of survival after being taken to hospital in Pakistan.

🔵 Read our Afghanistan live blog for the latest updates

A picture shared by the family shows him sitting up in bed.

Uncle Shakrullah Rez said: “This gives Muhammad and his sister a once-in-a-lifetime opportunity of life in Britain.”

The Home Office said: “On hearing of this incredibly challenging case, the Home Secretary granted him and his immediate family Leave Outside the Rules so they can be reunited with relatives in the UK when healthy enough to fly.” 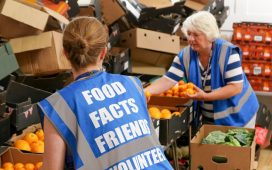 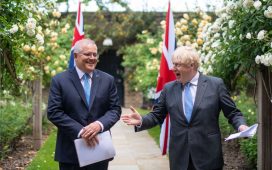