Baby breaks record after being born from embryo frozen in 1992 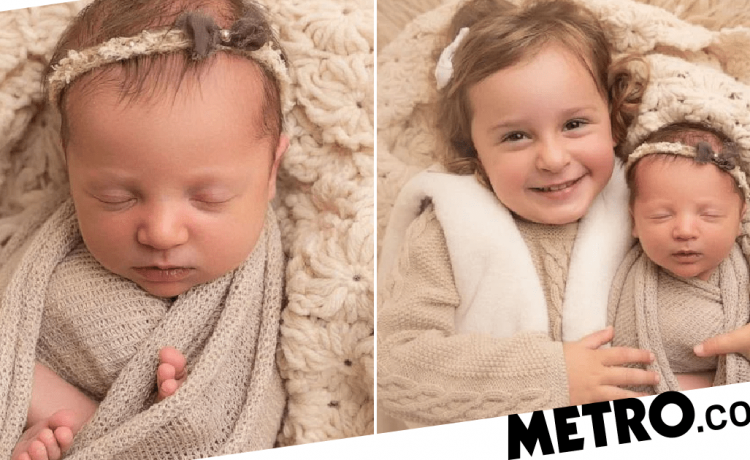 A baby just born from an embryo frozen in 1992 has broken the world record for the biggest gap between an embryo being frozen and resulting in a birth.

One-month-old Molly Everette Gibson made history after being born to parents Tina and Ben Gibson in eastern Tennessee on October 26. Weighing six pounds, 13 ounces, Molly, was born after spending more than 27 years frozen as an embryo before being transferred to her mother’s uterus on February 10.

The time the embryo spent in frozen preservation set the new known record for the longest-frozen embryo to ever come to birth, according to research staff at the University of Tennessee Preston Medical Library.

The previous record was set by her sister, Emma Wren Gibson, who was born in 2017.

Emma had been frozen for more than 24 years and both she and her sister were frozen together as embryos, making them full genetic siblings.

The embryo that later resulted in Molly’s birth was frozen on October 14, 1992, then thawed by National Embryo Donation Center Lab Director & Embryologist Carol Sommerfelt on February 10 this year, and transferred to Tina’s uterus by NEDC President & Medical Director Dr. Jeffrey Keenan on February 12.

The embryos for the sisters were created via IVF by another, anonymous couple, and had been left in storage so they could be used by someone unable or unwilling to conceive a child naturally.

Dr Keenan said: ‘I think this is proof positive that no embryo should ever be discarded, certainly not because it is old’, reports ABC News.

Carol Summerfelt said: ‘When Tina and Ben returned for their sibling transfer, I was thrilled that the remaining two embryos from the donor that resulted in Emma Wren’s birth survived the thaw and developed into two very good quality embryos for their transfer.

‘It was even more thrilling to learn 11 days later that Tina was pregnant. I rejoiced with Tina and Ben as we all anxiously waited for the arrival of their second child.

‘When Molly Everette was born she was already 28 years old from the standpoint of the time the embryos had been frozen. This definitely reflects on the technology used all those years ago and its ability to preserve the embryos for future use under an indefinite time frame.

‘It also shows the reason the NEDC mission is so important, giving all donated embryos the best chance for life.’

READ  Mum shares clever way she dip dyed her daughter’s hair using crepe paper – and the colour is amazing
Share on FacebookShare on TwitterShare on PinterestShare on Reddit
newsgrooveDecember 1, 2020