Aviva has apologised after emailing thousands of customers and mistakenly calling them Michael.

The insurance company said it was caused by a “temporary technical error” in its “mailing template”.

Seeking to reassure recipients, it said the blanket use of Michael was the “only error in the email”.

It added: “There was no issue with personal data; the remainder of the email and its content was correct.”

A few Michaels commented on the blunder on social media.

One said: “I really don’t understand the problem?”

Another joked: “Lucky them – I can’t even get some people to call me Michael [instead of Mike].”

There were 869 babies named Michael in England and Wales in 2018, making it the 74th most popular name for boys that year.

Oliver was in first place. 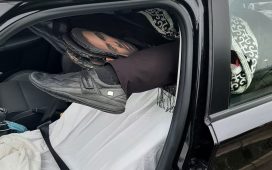