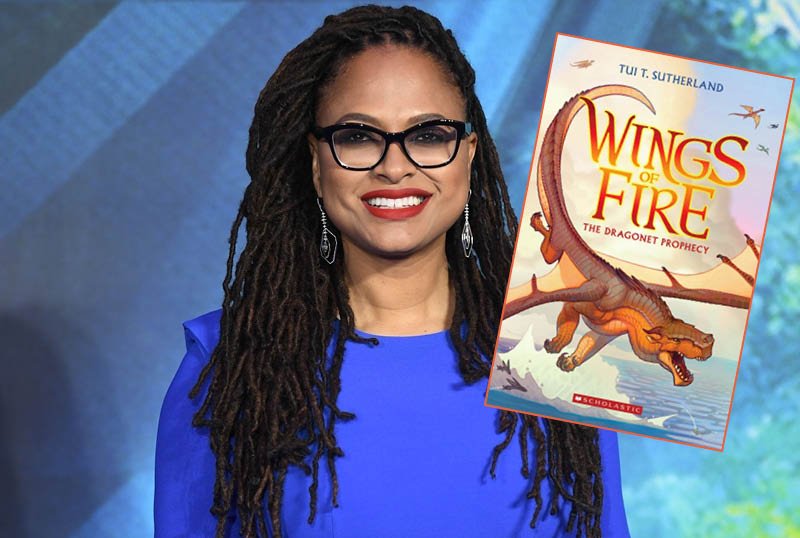 Ava DuVernay (A Wrinkle in Time) is looking to keeping her small screen streak going as she has teamed up with Warner Bros. Television to develop an animated series adaptation of the hit Scholastic fantasy novel series Wings of Fire, according to Collider.

Created by Tui T. Sutherland, the novel series has made it to the #1 spot on the New York Times and USA Today best-selling lists multiple times. The books are described as “an epic adventure set in a world entirely ruled by dragons across two continents and 10 tribes” and explores “vicious wars, enduring friendships and heroic quests that span generations of fascinating dragon characters.”

The official synopsis for the first five books reads:

“A war has been raging between the dragon tribes of Pyrrhia for years. According to a prophecy, five dragonets will end the bloodshed and choose a new queen. But not every dragonet wants a destiny. And when Clay, Tsunami, Glory, Starflight, and Sunny discover the truth about their unusual, secret upbringing, they might choose freedom over fate — and find a way to save their world in their own way.”

No showrunner or network has currently been set, but with Warner Bros. looking to expand their roster on the new video-on-demand service HBO Max, including DuVernay’s in-development adaptation of the acclaimed Vertigo comic DMZ, chances are they will look to develop it for the platform.

RELATED: Ava DuVernay Reuniting with When They See Us’ Freddy Miyares for DMZ

In addition to DMZ, the Oscar-nominated writer/director is currently developing a New Gods adaptation for the studio for part of the DC Extended Universe, co-writing the project with acclaimed comic book writer Tom King. She also recently signed on to begin development on the sci-fi series Dawn, an adaptation of the 1987 Octavia E. Butler novel, for Amazon alongside Victoria Mahoney (Queen Sugar).

DuVernay began her rise in the small screen world with the acclaimed OWN drama Queen Sugar, which is currently working on a fifth season, and the Netflix biopic drama When They See Us, which was nominated for 11 Emmys, with Jharel Jerome taking home the statue for Outstanding Lead Actor in a Limited Series or Movie.