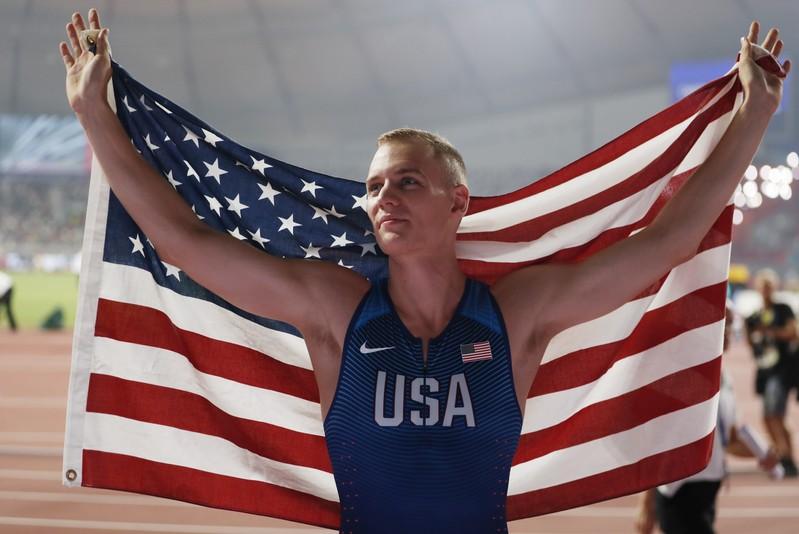 Kendricks stayed alive by clearing 5.87 and 5.97 meters in his third and final attempts but it was his first-time clearance at 5.92 that put him above Duplantis and earned him gold when neither man could clear 6.02.

Kendricks, who came into the championships with a season’s best of 6.06, became the first pole vaulter to repeat at the worlds since Sergey Bubka clinched his sixth consecutive title in 1997.

Sweden’s Duplantis knocked down the bar on this first attempt to clear 5.87 but comfortably cleared the height on his second attempt, pounding his fist on his chest as he stood up from the pit.

The 19-year-old encountered trouble at 5.92, failing to clear on his first two attempts. He remained in contention by lifting himself over the bar on his third try, prompting cheers from a pack of Swedish fans in the crowd.

Piotr Lisek of Poland, twice a world championship medalist before, settled for bronze after failing to get over the bar at 5.97.

In a display of camaraderie, all three medalists backflipped simultaneously in celebration, drawing cheers and claps from the crowd.