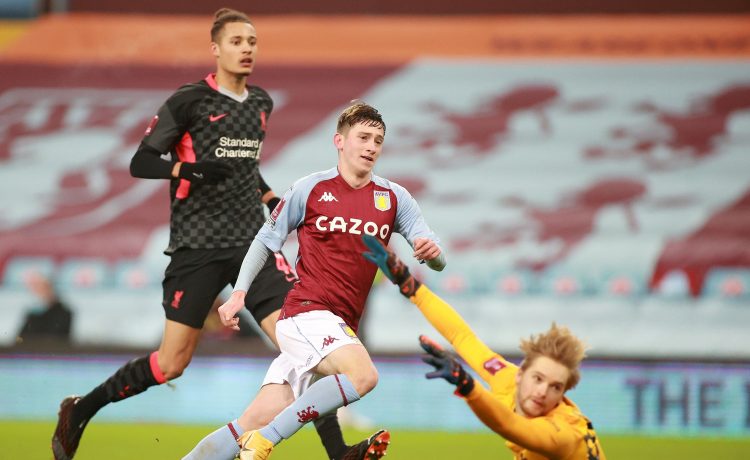 Aston Villa face an almighty task in overcoming Liverpool in the third round of the FA Cup this evening, with the club forced to field a makeshift side after a ‘significant’ Covid-19 outbreak yesterday.

Liverpool, meanwhile, are out to improve upon their poor form in the competition in recent seasons. The Premier League title-holders, who lifted the Champions League trophy in 2019, have failed to impress in the FA Cup under Jurgen Klopp, exiting at this stage once, three times in the fourth round, and once in the fifth round – last season, when they were beaten by eventual runners-up Chelsea. With the Carabao Cup set to be won by either Tottenham or Manchester City in April’s final and the Reds in for a difficult top-flight title defence, they will want to go all the way in the FA Cup to ensure at least one piece of silverware this term.

Follow all the team news, match build-up, live action and post-game reaction with us below.

Milner swings a corner into the box and Fabinho attacks it. But he can only drive his header straight at the goalkeeper.

The final ball continues to elude Liverpool in the final third. Their attacking play looks strangely disjointed at the moment, only a couple of weeks after that 7-0 win at Crystal Palace.

Salah plays the ball into the feet of Minamino, who turns in the box and fires off a low shot. Revan makes an important block, and then Milner has a shot deflected wide.

Villa’s youthful side get the second half underway. Louie Barry has a wide grin on his face, understandably. Liverpool’s players look more contemplative, aware of the need to step things up. They’ve made a change, too: Thiago, dauntingly for the home team, is on for Henderson.

Liverpool had 83% of the ball in the first half but it hasn’t translated into goals. Not yet at least. It’ll take a herculean effort to sustain this for 90 minutes, but that’ll be a half to remember for Villa’s young players.

And that’s it for the first half. This is some performance from Villa’s youngsters, who’ve defended doggedly and taken their only chance. Barry’s finish was clinical and has probably left Liverpool feeling a little embarrassed as they head in at the break. The visitors have dominated possession and created chances, but it’s been very underwhelming and oddly stilted again in the final third.

Mane almost reaches a driven cross from Williams but it’s too high. Liverpool win a corner, from which Henderson fires off a shot, which deflects nastily but drops to a Villa defender. Then Jones curls a shot at goal and draws another excellent save from Onodi, flying to his left.

Very good defending from Bridge, who takes the ball away from Salah and then dribbles out from defence. He draws a foul from Jones, who goes into the book.