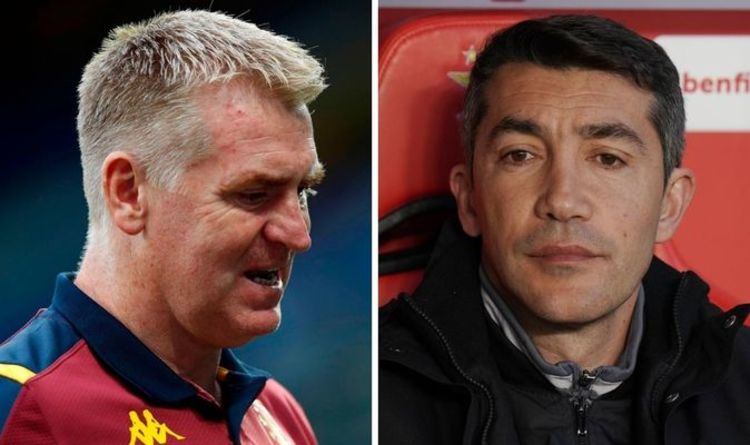 Dean Smith could be replaced by former Benfica boss Bruno Lage despite keeping Aston Villa in the Premier League, according to surprise reports in Portugal. The former Brentford boss preserved Villa’s top-flight status on the final day of the season as they drew 1-1 at fellow strugglers West Ham.

Jack Grealish scored just a few minutes from time with a fine individual effort to virtually guarantee their safety.

But Villa were made to sweat in the dying embers when West Ham equalised via former Borussia Dortmund winger Andriy Yarmolenko.

Nonetheless, there were joyful scenes at full-time when the squad huddled together to check whether the full-time whistle had gone at the Emirates where Arsenal were beating Watford 3-2.

The point was enough to get the job done and ensure the club avoid going straight back down to the Championship as Bournemouth joined the Hornets and Norwich in the bottom three.

The Villa boss signed a new four-year contract extension in November last year which will keep him at the club until 2023. It also means his potential sacking won’t come cheap.

After the full-time whistle at the London Stadium, Smith admitted he was due to sit down with the owners to discuss his own future.

He told BT Sport: “I’ll sit down with the sporting director, CEO and owners tomorrow, but let us enjoy this is great achievement.

“We were written off by many people and we’ve managed to stay up on the final day.”

Should he keep his job, his biggest task between now and the start of next season which starts on September 12 will be keeping his captain Grealish.

The boyhood Villa fan has given his all for the club but there is a growing feeling that he could be set to move on this summer.

When asked whether Grealish will be staying put, Smith said: “He goes out and gets drunk with me now!

“We’ve got billionaire owners and he’d cost a lot, a lot of money.” 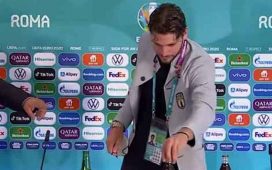