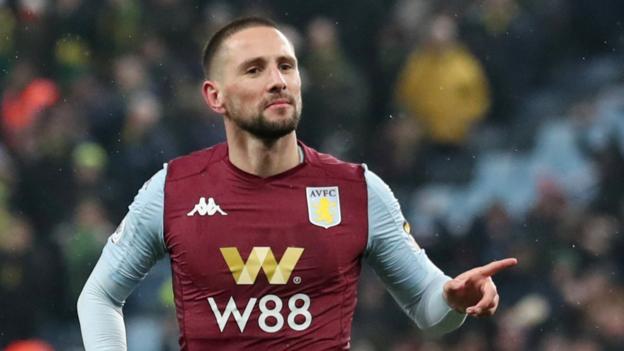 Conor Hourihane came off the bench to score the only goal against fellow strugglers Norwich and halt Aston Villa’s four-match losing streak.

Both sides were promoted back to the Premier League last season and came into Christmas in the relegation zone after going five games without a win.

It was visitors Norwich who were the most positive during the first hour at Villa Park, with Sam Byram’s first-half header bouncing against the top of the crossbar.

But within eight minutes of coming on, Irish midfielder Hourihane swept the ball in from Jack Grealish’s lay-off to score with just Villa’s second shot on target.

Tom Heaton then produced a fine reflex save to deny Norwich substitute Onel Hernandez as Villa held on for a crucial victory.

Although they remain third-bottom, Villa are back within a point of safety while Norwich have slipped below Watford to the bottom of the table.