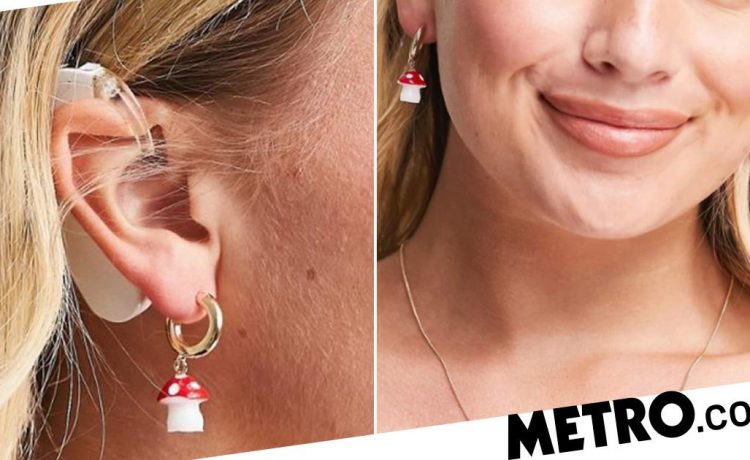 ASOS is receiving high praise from shoppers for using a model who wears a cochlear implant to show off a pair of earrings.

Natasha was born deaf and wears a cochlear implant, which is a surgically implanted device that provides a modified sense of sound to a person with moderate to profound hearing loss.

ASOS quickly received an abundance of positive feedback and acclaim for using a hearing-impaired model.

Twitter user @asiasmith_16 expressed her gratitude and joy at seeing someone like her represented and included in fashion.

She wrote: ‘Definitely not crying because of @ASOS using an earring model with a hearing aid.

‘It’s the first time I’ve ever seen a model with a hearing impairment, let alone an earring model, and it’s so refreshing to see this kind of representation for people like me.’

Asia’s tweet has been shared thousands of times and she later clarified that Natasha was wearing a cochlear implant and not a hearing aid but said she had a ‘big ol’ brain fart in the midst of my excitement’.

Under the tweet Natasha herself confirmed she was born deaf and added: ‘Just for confusion – this is a cochlear implant, which is more advanced than hearing aids.

‘I’m also modelling their clothes etc! So not just doing earrings which is the biggest achievement I’ve done! Proving out there that no matter what disability you’ve got.. you can do it.’

Many others expressed their joy saying it was empowering to see ASOS normalising hearing aids and cochlear implants.

‘I’m currently really hard of hearing, I’m sure I’m going to need a hearing aid soon, I was so nervous, but this has honestly made me tear up and made me realise it is completely normal!’ tweeted one user.

Another said: ‘This is amazing, my 14-year-old son wears hearing aids and anything that normalises them makes me smile.’

Someone who goes by @DeafChefSam noted how important this step was for the deaf community.

‘Yesterday a post went viral about @ASOS who modelled some earnings but with a #cochlearimplant on the ear! This is A MASSIVE step forwards! Deaf/HOH people can do the job too! Thank you so much @ASOS and @GhouriNatasha for making the deaf community included!’ he wrote.

Richard Kramer, CEO of Sense Charity also tweeted: ‘Well done @ASOS for their positive decision to include Natasha, a model with a cochlear implant, on their website. We still have a long way to go but great to see such refreshing & empowering representation & embracing a positive inclusion agenda.’

This isn’t the first time ASOS has given a platform in the fashion industry to those with disabilities. In 2018, it featured models in wheelchairs when launching a wheelchair-friendly jumpsuit, designed in partnership with British paralympic athlete and BBC Bristol sports reporter Chloe Ball-Hopkins.

In the same year, as part of an activewear advertising campaign, ASOS featured Mama Cāx, a well-known model and body/disability advocate.


MORE : Woman with condition that makes one leg swell with fluid hopes to become diversity model

READ  Nigel Slater’s recipes for sausage and bacon frikadeller, and for winter leaves
Share on FacebookShare on TwitterShare on PinterestShare on Reddit
newsgrooveApril 16, 2021 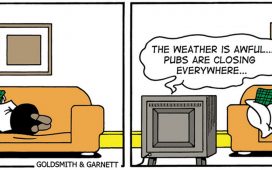