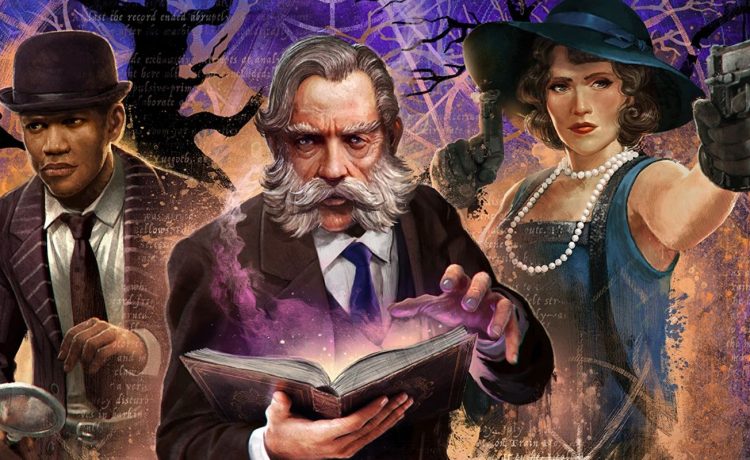 Arkham Horror: Mother’s Embrace brings players to the scene of a murder in 1926, with a selection of investigators exploring the crime at a mysterious mansion — and uncovering far darker elements at play in the process. The world of Arkham Horror gives players plenty of threats to overcome — with some of the most dangerous being the ones within their own minds, even beyond the unknowable and unspeakable horrors that exist between universes.

During an exclusive interview with CBR, Mehdi Lekehal — of Asmodee Digital and Brand Manager on Arkham Horror: Mother’s Embrace — spoke about bringing the classic board game to video games and the importance of immersing players in the world of Arkham Horror. While designing the game, “we focused on the whole mythos,” Lekehal revealed. “It implicates more than only Cthulhu. Arkham Horror was a tremendous universe to explore in a video game, and we wanted to recreate what your investigators would see, feel and hear while on their investigations.”

RELATED: Why Call of Cthulhu Should Be Your Next Tabletop RPG

Lekehal particularly noted how the game’s audio design was a major way the developers decided to further invest players in the dark world they’re exploring — and a strong element that the medium of video games can give the story-heavy experience. “We gave extra attention to the sound design and the soundtrack, as it’s a vivid part of the atmosphere we wanted both the players and investigators to feel — cracking floor, strange little noises, this little music tingling in your ear. The game is here to make you doubt what you see and what you hear. Your investigators’ sanity will be put to test, and they might find it hard to realize what horrors lie in the darkness.”

Beginning life as an adventure board game in 1987, the series explores elements from the works of H.P. Lovecraft and generations of other horror creators. Arkham Horror has lasted so long and in so many different incarnations thanks to the love for the mythos that the various game producers share with fans. “This love of the mythos is close to the mythos itself,” Lekehal revealed. “You want to know more, but deep inside, you know it will cost you more than you think. That’s what we wanted to develop and showcase in the game mechanics. For example, your investigators’ sanity will decrease if they perceive things their mind struggles to apprehend. If their sanity runs too low, it might leave scars on their psyche and create traumas. The mythos is all about hiding in the dark, in the corner of your eyes.”

RELATED: Why Resident Evil 6 Is Underrated

“Horror is suggested, you won’t directly see it — or maybe you will, when it’s too late. We wanted that part of the mythos to be present in the game, and we made sure to tailor your experience as a player to fully feel how reality can depart… and how madness could begin.” Reflecting on adapting the game for a digital medium after decades of the series existing as a tabletop experience, Lekehal said that “board games and video games can have great interactions, and Arkham Horror has amazing content that any video game studio would love.” For the development team, an important element was making sure the game felt unique. “We weren’t looking for a 1:1 port of the board game. We wanted to take that content, atmosphere, and game feeling from the board game and translate it into another experience.

“We identified and recreated all the things that are important to Arkham Horror players: investigation, turn-based combat, a sanity check system, famous investigators — everyone has a favorite, don’t lie — and iconic locations such as Miskatonic University or the asylum of Arkham. Going from physical to digital for a board game comes with some inherent perks. You don’t have to handle the tokens, points, or any out-of-game mechanics, as the game will handle them for you. For newcomers that don’t know the board game, it’s a perfect way to discover the universe.”

RELATED: Baldur’s Gate 3: What Are the Effects of Auntie Ethel’s Potions?

With over thirty years of history behind the franchise, the series already has legions of fans across generations of players, but the new format might be the perfect way to attract new gamers into a world of darkness, madness and monsters. “We designed Arkham Horror: Mother’s Embrace to be accessible to both fans of the board games and new players,” Lekehal explained. “For long-time fans, we’re bringing what makes Arkham Horror such an [enduring series]. Players will name every character on the screen before their identity appears, and between the old grimoire and a gun, they’ll know what is best to use in a situation.”

But Lekehal stressed that “this game is also for new players, and we want them to discover and appreciate what makes Arkham Horror a great title with this new solo experience that will lead them on a path to join old-time players. For that, a narrative-driven onboarding experience will help them understand that what seems to be ordinary isn’t totally normal when you stroll near the mythos. For these reasons, and to welcome both new players and old fans, we worked closely with Fantasy Flight Games [the current publishers of the tabletop series] to respect the Arkham Horror universe, and to create something new with an untold story written by one of FFG’s writers for Arkham Horror.”

Developed and published by Asmodee, Arkham Horror: Mother’s Embrace is now available on PlayStation 4, Xbox One, Nintendo Switch and PC.

Why Do Shonen Translate Perfectly Into Video Games?