Ashley Tisdale says she is 'slowly healing' after daughter's birth 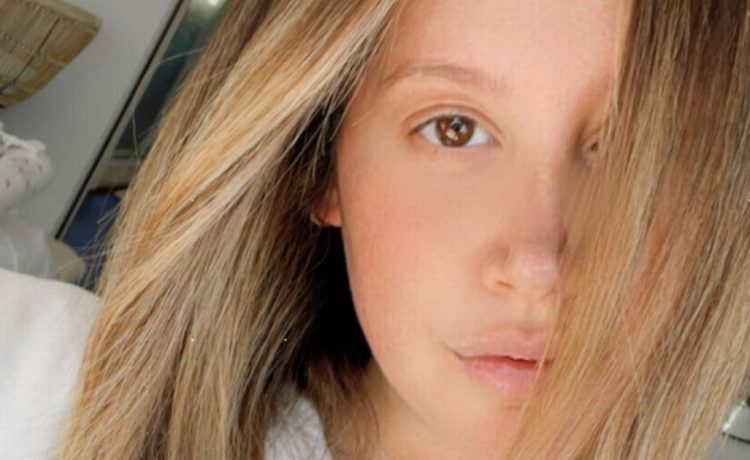 Ashley Tisdale says she is “slowly healing” after the birth of her daughter Jupiter last month.

The 35-year-old actress posted a fresh face selfie on Saturday to share how she was feeling being a new mum.

Ashley admitted that she is “discovering who I’m truly meant to be” in the candid post which has been liked by thousands of followers.

“I’m not trying to get back to who I was, there’s no way. I’m on the road to discovering who I’m truly meant to be and there’s something in my daughters eyes that tells me she knows exactly who that’s gonna be.”

At the time, Tisdale shared a black-and-white photo holding her newborn’s hand, writing that Jupiter “arrived earth side.”

Tisdale revealed her happy pregnancy news back in September, and later shared the sex of the baby on the way a month later.

Posting on Instagram at the time, she said: “I cried I was so happy.”

Last month, as she marked her baby girl’s 1-week birthday, Ashley shared a collection of photos and a video from her time in the hospital and opened up in the caption about how happy she was with how the day played out.

She wrote: “When they say it takes a village it truly does.

“I had an amazing labor experience, of course there was pain but I set my intentions that morning and it was exactly how I wanted Jupiter to enter the world.”

The actress shared that her intentions consisted of setting a “calm” and “peaceful” environment, while “letting go of fear and being super present.”

She added: “II honestly couldn’t have had that mindset if it weren’t for my amazing doula @lbreggy, she was the game changer.

“Flameless candles, fairy lights, massages, but it’s her presence that calms you.”