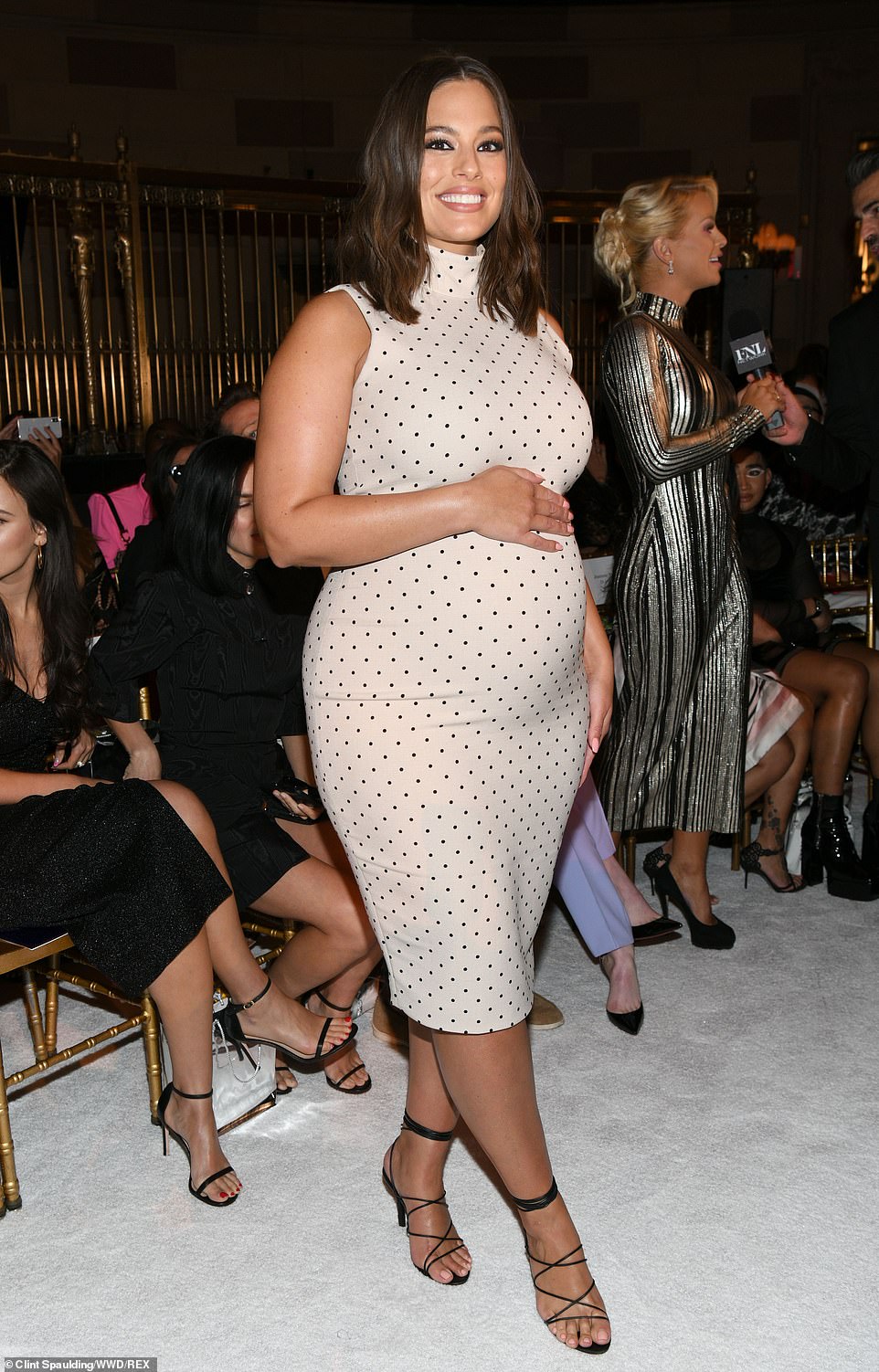 She announced her pregnancy just a few weeks ago.

And Ashley Graham was the ultimate in maternity chic as she headed to the Christian Siriano spring/summer 2020 show on Saturday.

The style icon, 31, dressed up her bump in a cream polka dot mini dress that clung to her growing torso.

Haute mom-to-be! Ashley Graham was the ultimate in maternity chic as she headed to the Christian Siriano runway show on Saturday

Ashley caressed her bump as she posed up a storm ahead of the big show, looking stylish from head to toe.

The catwalk queen teamed her turtleneck dress with strappy black heels and an expertly done-up palette of makeup which enhanced her new glow.

She added a touch of edge with her smoky eye shadow and intense eye liner, while keeping the rest of her makeup neutral and natural with a coat of lip gloss.

Adding another delicate touch to her playful look was a baby pink coat of nail polish.

Spot on! Graham worked a curve-clinging cream dress with plenty of polka dots 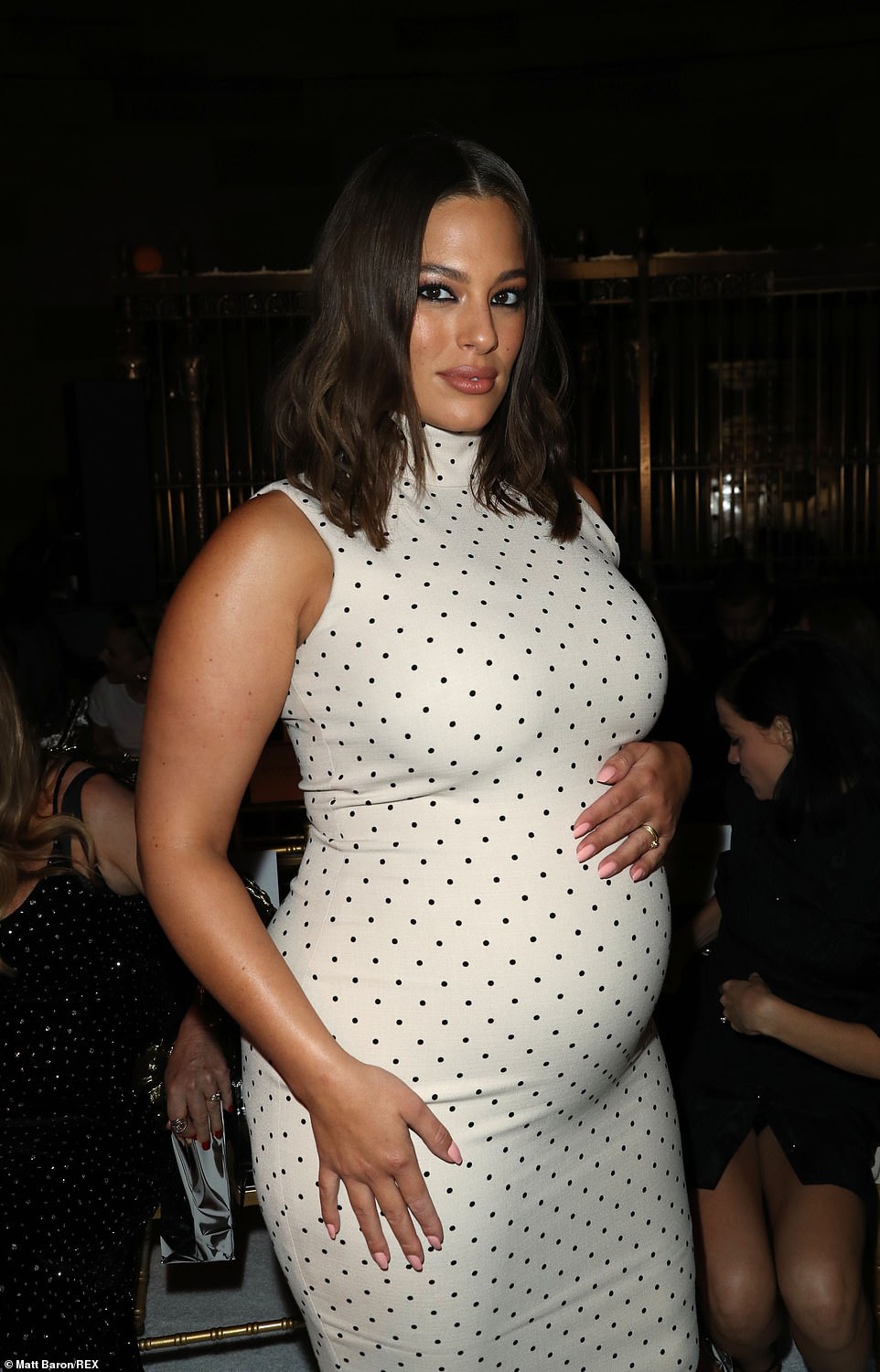 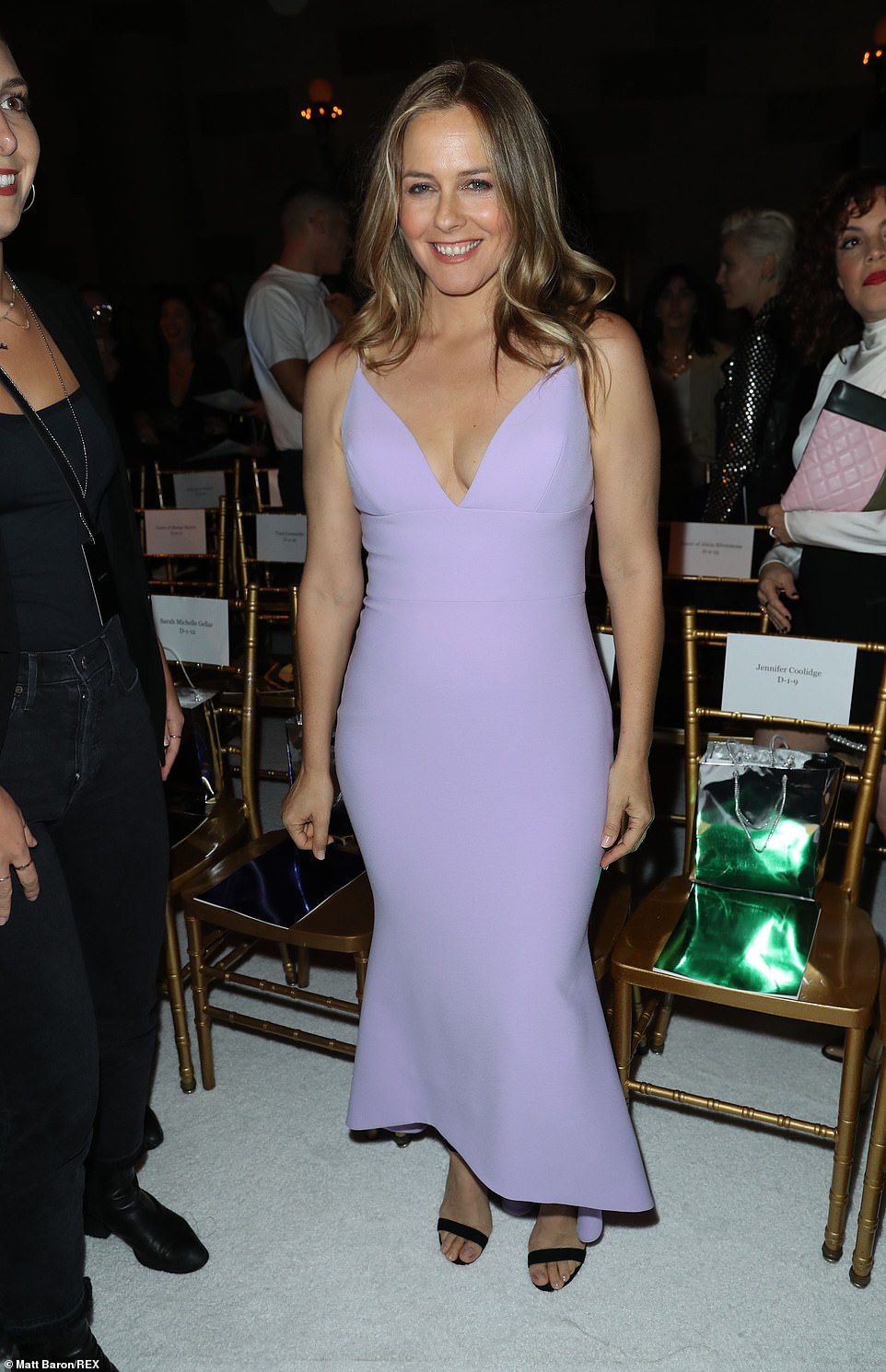 Looking smart! Clueless star Alicia Silverstone took the plunge in a lilac dress that fit her like a glove

The stars came out in full force to feast their eyes on Christian’s latest offering.

Among the big names on the front row was Alicia Silverstone, who worked her magic in a plunging lilac maxi dress.

Alicia was serving some serious style at the show, while also flaunting her fabulous hourglass physique. 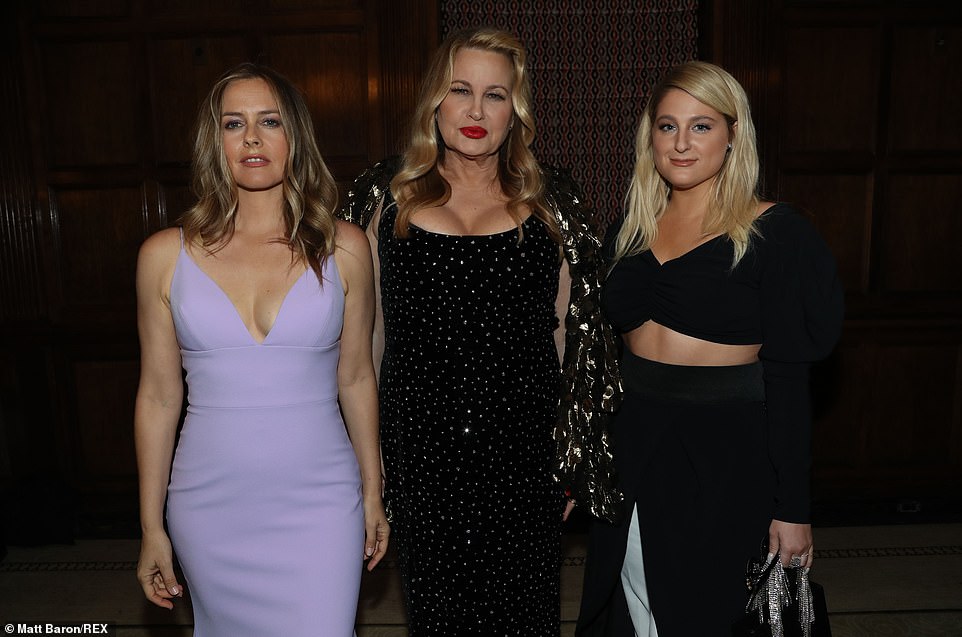 Working it! Among the big names at the show were Jennifer Coolidge and Meghan Trainor 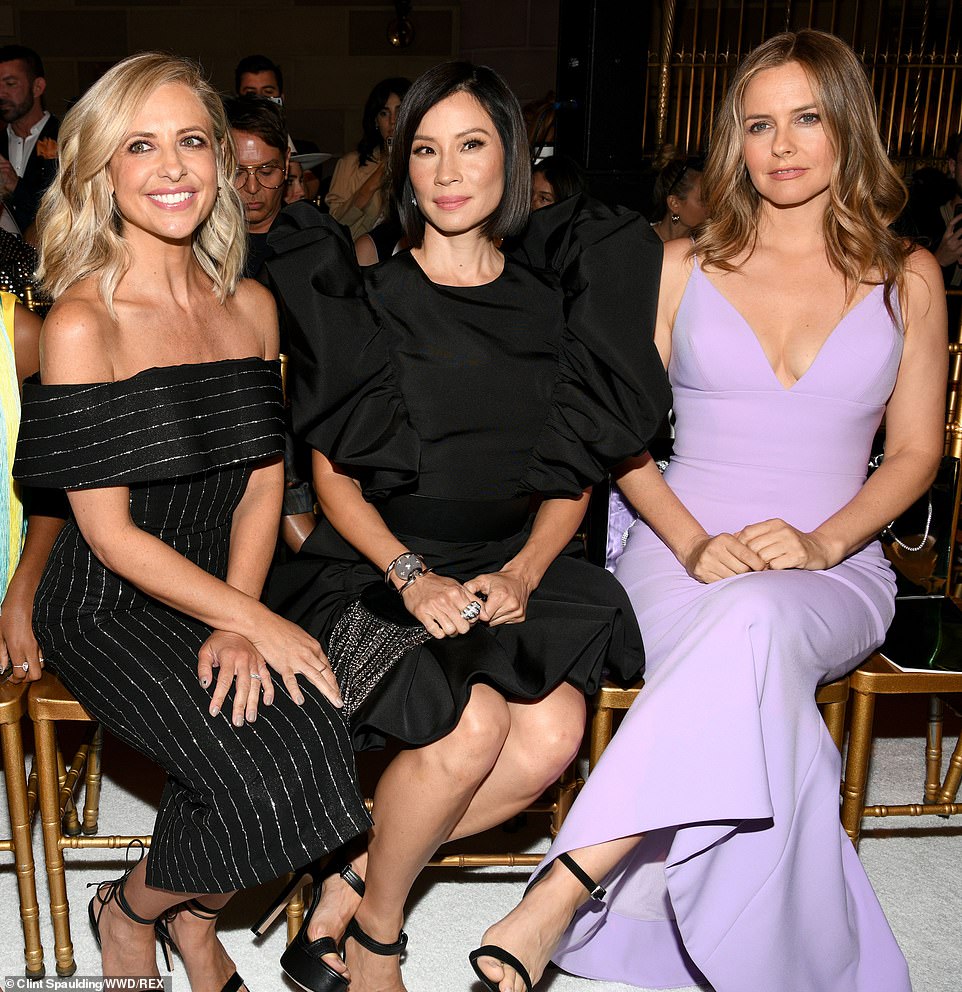 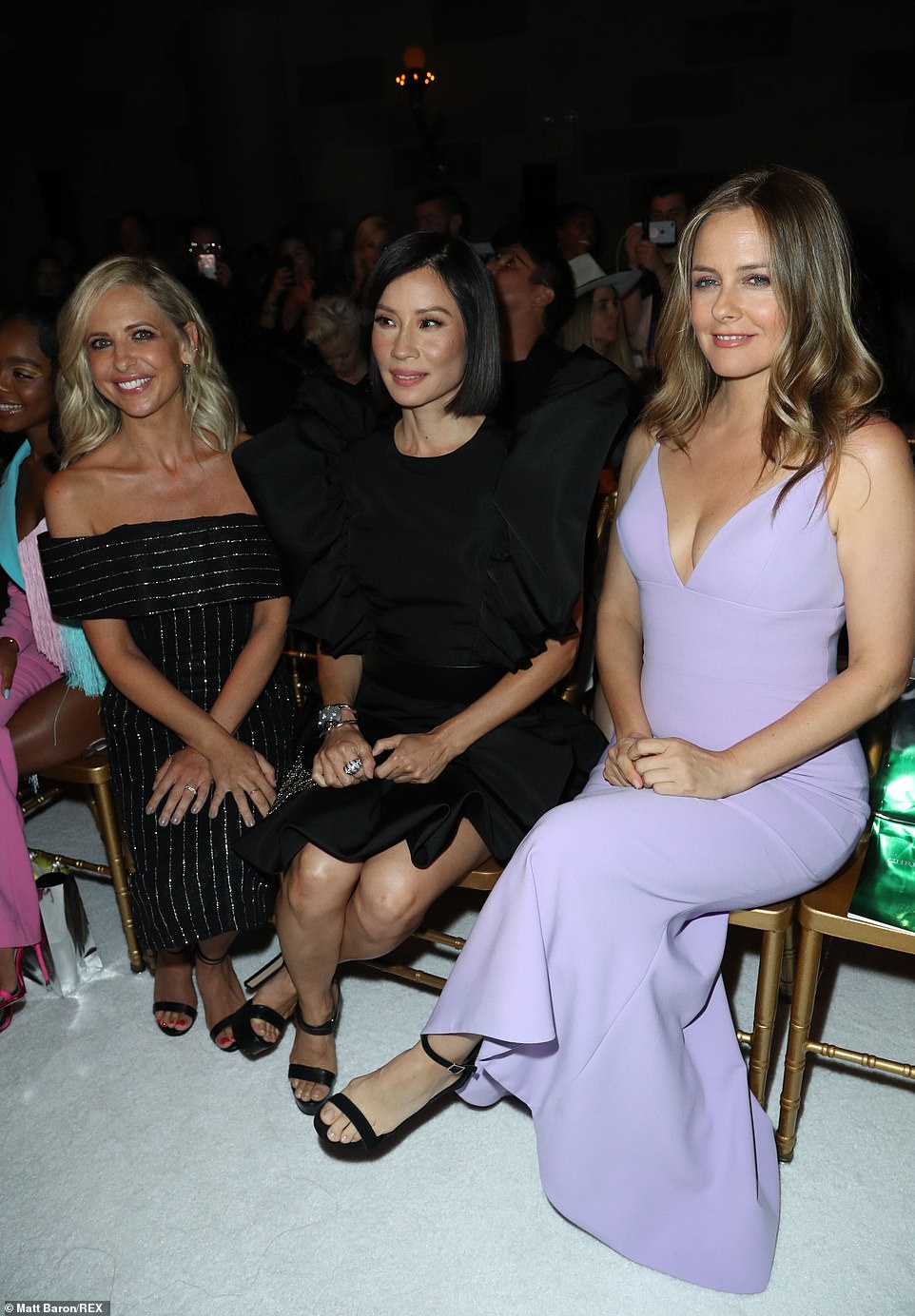 Star-studded: The ladies lit up the front row with their keen eye for style

Lucy Liu brought the drama in a playful black dress with very puffy sleeves and ruffles upon the chest.

Vibrant! Jeannie Mai wowed in a sophisticated striped outfit while Marsai Martin stood out in a flashy ensemble 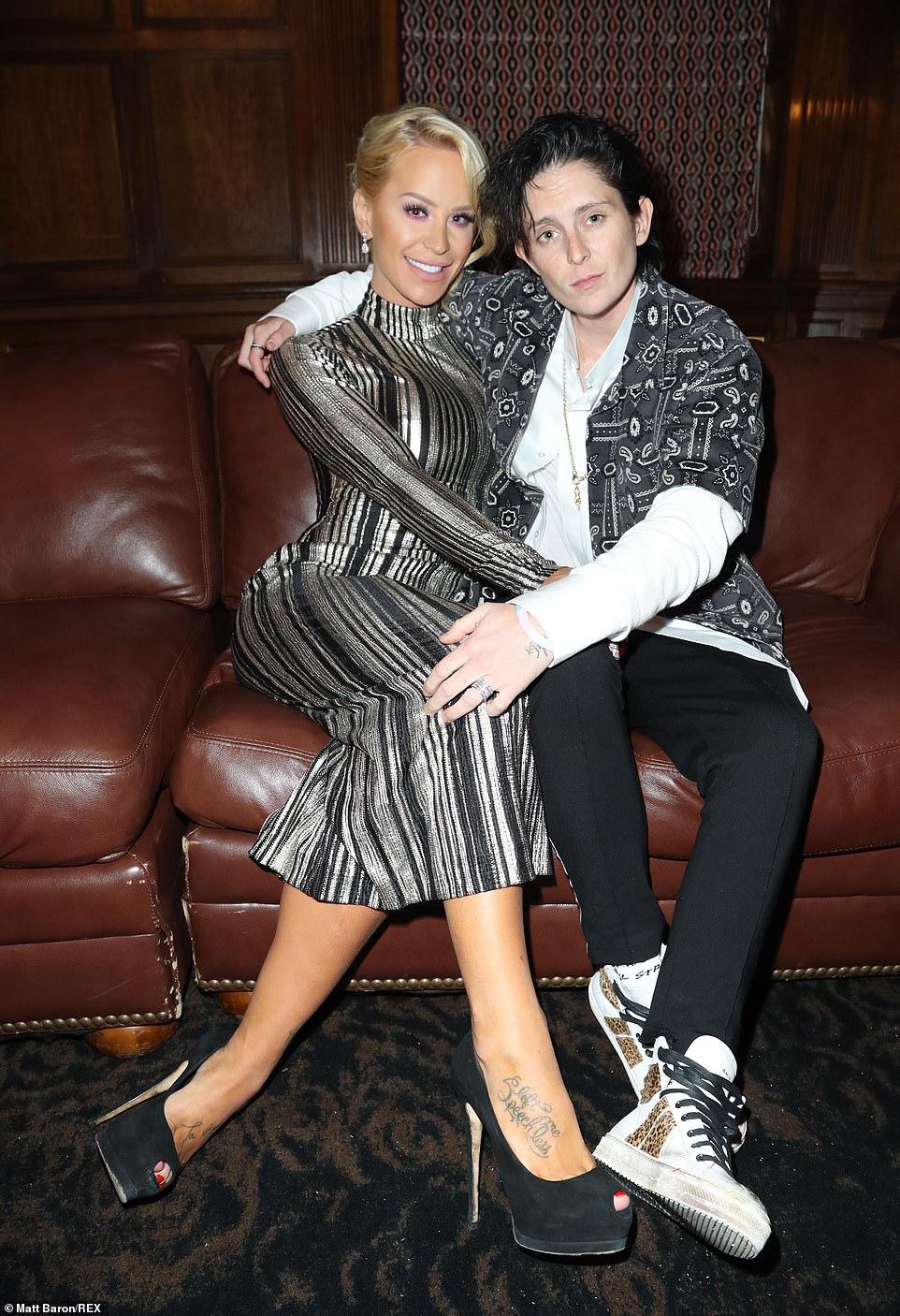 Christian Siriano came to prominence after becoming the youngest winner of Project Runway at age 21 in 2007.

The designer’s spring/summer 2020 collection was full of vibrant and flashy looks, from an elaborate yellow dress to a glittering green number.

A classic! Lucy Liu and Jennifer Coolidge wowed in timeless black for the big show 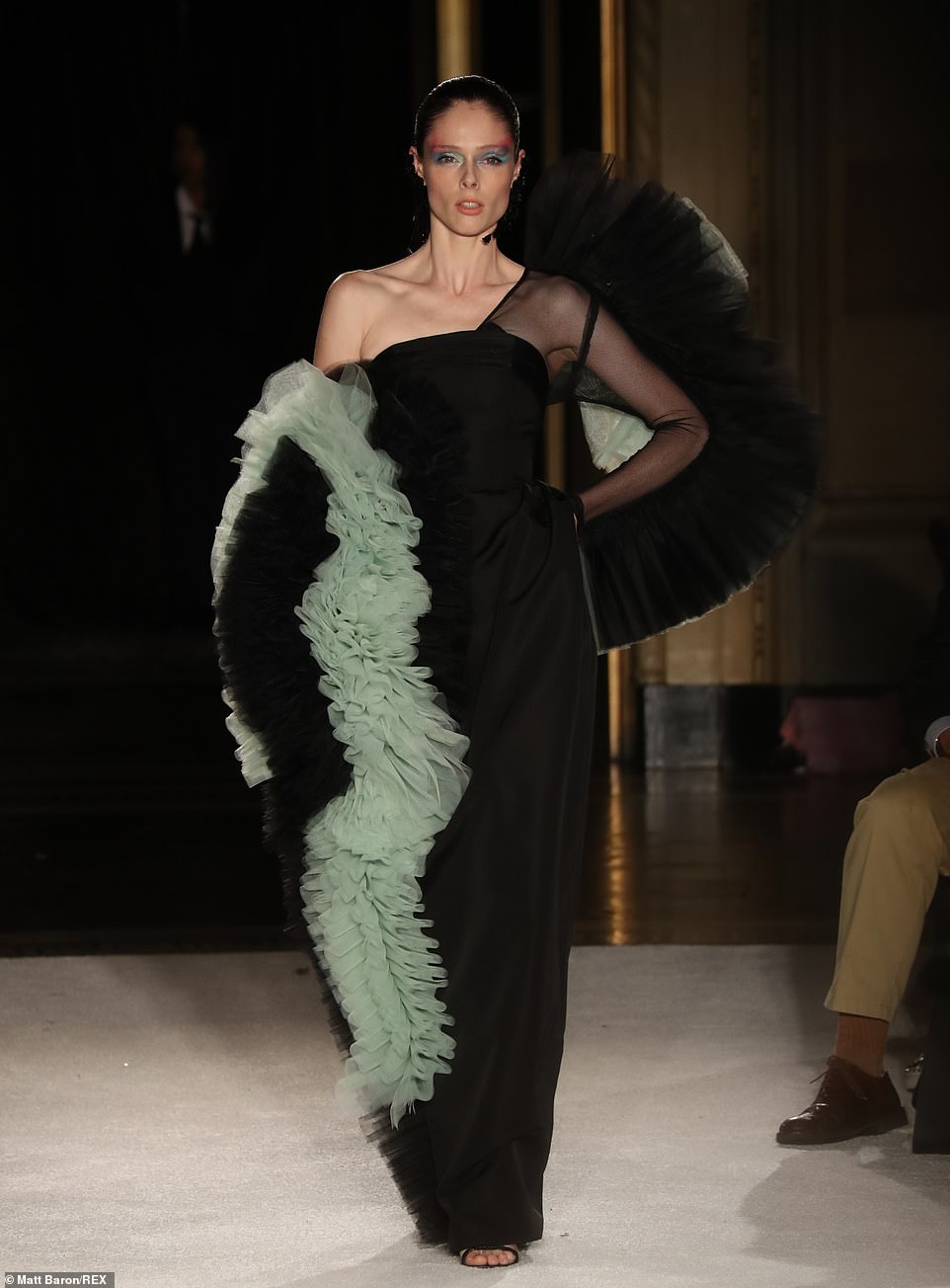 Flashy: Coco walked the runway in an incredibly eye-catching number with teal puffs