As many as 3 MILLION seniors may suffer 'silent strokes' after surgery every year, study suggests

As many as 3 MILLION seniors may suffer ‘silent strokes’ after surgery every year, study suggests

Up to three million people over the age of 65 could be experiencing ‘silent strokes’ each year after surgery, research suggests.

Covert strokes, which are not obvious except on a brain scan, are more common than strokes that swiftly bring about visible symptoms, Canadian researchers found.

They found that one in 14 post-operative patients had a silent stroke when they surveyed more than 1,000 people in North and South America, Asia, New Zealand, and Europe.

This suggests up to three million people over the age of 65 could be experiencing silent strokes every year globally, according to the study led by the Population Health Research Institute of Hamilton Health Sciences and McMaster University in Hamilton, Ontario, Canada. 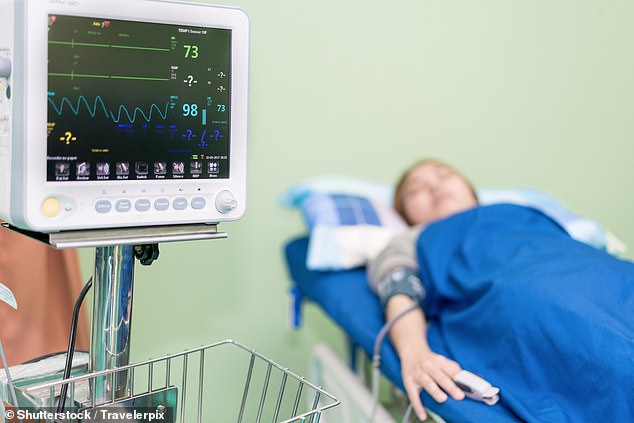 Surgery stresses the body of an elderly person – and raises their risk of small, often undiagnosed strokes that may strike three million people over 65 globally each year

Dr PJ Devereaux, co-principal investigator of the NeuroVISION study, said: ‘We’ve found that ‘silent’ covert strokes are actually more common than overt strokes in people aged 65 or older who have surgery.’

The study, published in the Lancet, focused on 1,114 patients who were undergoing elective, non-cardiac surgery between March 2014 and July 2017.

Each participant received an MRI within nine days of their surgery to look for evidence of silent stroke.

Seven percent of the patients – 78 – were found to have had a covert stroke.

The research team then tracked patients for a year after their surgery to assess their cognitive capabilities.

Those who had a silent stroke after surgery were 13 percent more likely to experience cognitive decline, delirium, overt stroke or a ‘mini stroke’, caused by a temporary disruption in the blood supply to part of the brain, within one year.

Dr Brian Rowe, scientific director of the Institute of Circulatory and Respiratory Health, Canadian Institutes of Health Research (CIHR), said: ‘Vascular brain injuries, both overt and covert, are more frequently being detected, recognized and prevented through research funded by our Institute and CIHR.

‘The NeuroVISION Study provides important insights into the development of vascular brain injury after surgery, and adds to the mounting evidence of the importance of vascular health on cognitive decline.

‘The results of NeuroVISION are important and represent a meaningful discovery that will facilitate tackling the issue of cognitive decline after surgery.’