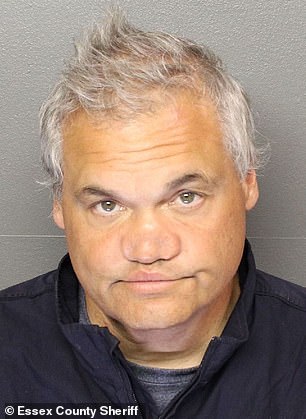 Botched’s Dr. Paul Nassif says he will fix comedian Artie Lange’s flattened nose – if the comic can stay off drugs.

Nassif, 65, told TMZ Sunday that Lange has a ‘saddle nose deformity’, a condition common with boxers and people who have abused cocaine.

Nassif stressed that the 51-year-old New Jersey native, who appeared on The Howard Stern Show from 2001 until 2008, would have to keep his nose clean, literally, for the procedure to maintain its effectiveness. 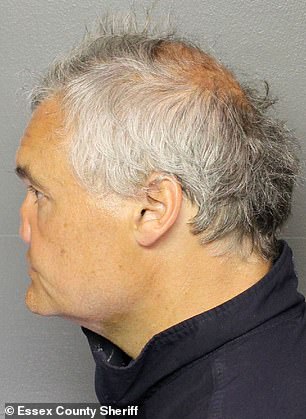 The latest: Botched’s Dr. Paul Nassif, 65, says he will fix comedian Artie Lange’s flattened nose – if the comic can stay off drugs. Lange, 52, was seen in a mugshot this past week after his arrest in New Jersey over a unspecified violation in a drug program he’s in

‘When someone comes in that does have a drug problem, you have to make sure that all drugs are stopped for a prolonged period of time,’ said Nassif, who was previously seen on The Real Housewives of Beverly Hills during his marriage to ex-wife Adrienne Maloof.

The Beverly Hills, California-based plastic surgeon continued: ‘If we fix his nose, and then you start introducing it into the nose again, it will collapse, but this time only worse.’

Nassif had a personal message for Lange, saying, ‘I would love to fix your nose and God willing that you can get yourself clean and I hope you have the support that you need. And when you’re ready, we’re here for you.’

Other peers of Lange chimed in with their own takes on the comedian’s arrest last Tuesday in Essex County, New Jersey, following a unspecified violation in a drug program he was ordered to participate in amid his ongoing court issues. 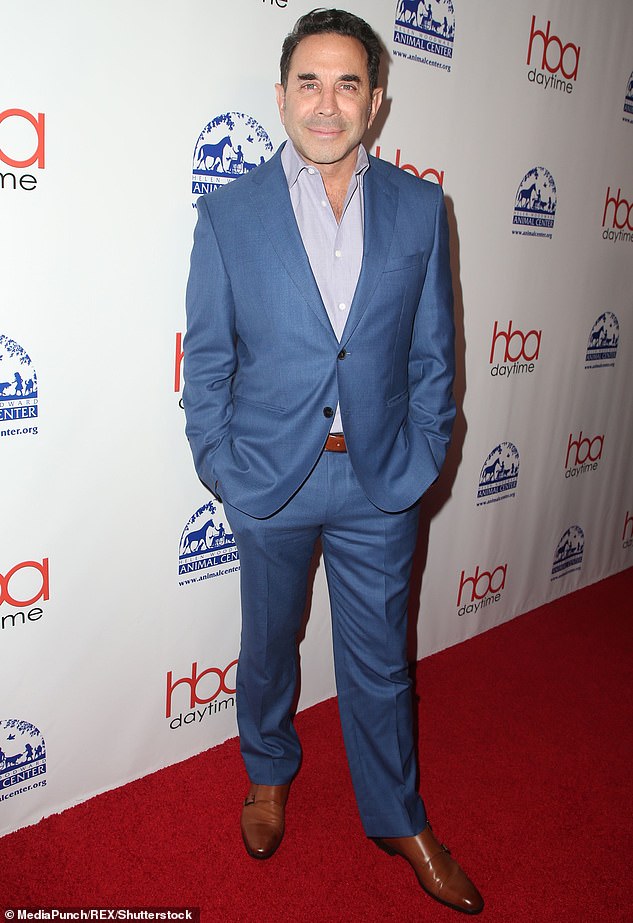 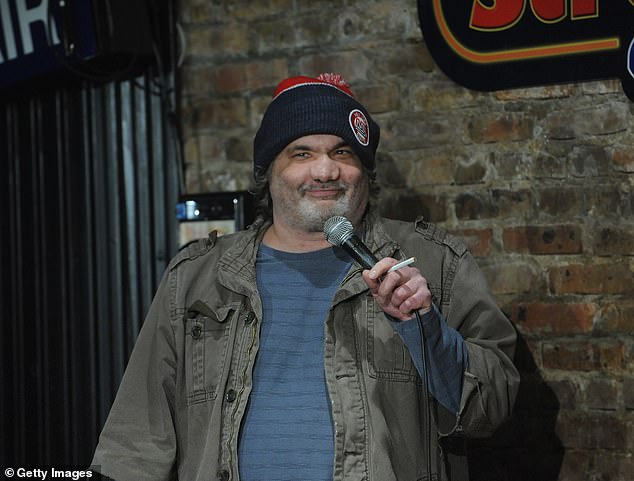 Lange’s predecessor on The Howard Stern show, Jackie ‘The Jokeman’ Martling, told New Jersey 101.5 earlier this week that when he arrived home after spending more than two weeks on a Greek cruise, he was flooded with messages about Lange’s recent arrest.

‘I feel so so bad that it’s happened so many times, that I didn’t know whether [the news articles] are current, or these are old, old things,’ said Martling, who left the radio juggernaut in March of 2001, about seven months before Lange was hired as a full-time on-air personality that October.

‘I love that guy, me and him were getting to be good pals,’ he said, ‘and I did his podcast and his TV show – he wrote the foreword to my autobiography.’

Martling added that he hasn’t had contact with Lange in some time: ‘Like everybody else, any addict, once they get back into the soup, they cut off all ties with people… they’re embarrassed or whatever… knock on wood, I just hope he’s not screwing up.’ 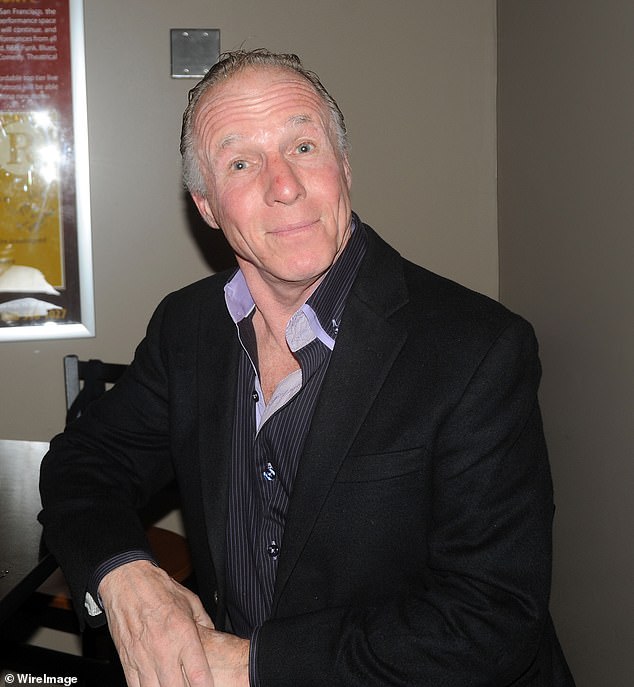 Rooting for him: Jackie ‘The Jokeman’ Martling, pictured in 2015 in Pennsylvania, said he hopes Lange is ‘not screwing up’

Lange’s former Stern Show co-star John Melendez said on his show, The Stuttering John Podcast, that he remains supportive of the comic after a few turbulent years in which they’ve publicly feuded amid Twitter and their respective podcasts.

READ  MAFS: Cathy Evans says brides BROKE the pact not to sleep with each other's husbands

‘People think I hate Artie, I love Artie – Artie was another d*** to me,’ Melendez explained, saying that Lange often trashed him ‘ad nauseum’ on his podcast with colleagues such as Martling and Gilbert Gottfried, leading him to eventually fight back.

‘He trashed my stand-up, he trashed everything about me, so much so that I said, “I’m from New York – I’m not from Jersey – you’re gonna f**k with me, I’m gonna kick you in the f***ing b**** and I’m gonna punch that nose and flatten it out even more!’ Melendez said.

Melendez added that Lange often texted him kind messages, followed up by digs in which he to boasted that he was a better comedian, actor and writer.

‘Artie you’ll never me a better writer than me, and you’re not a better comedian than me,’ said Melendez, who noted that irregardless of their past issues, he’s in Lange’s corner amid the latest development in the story. 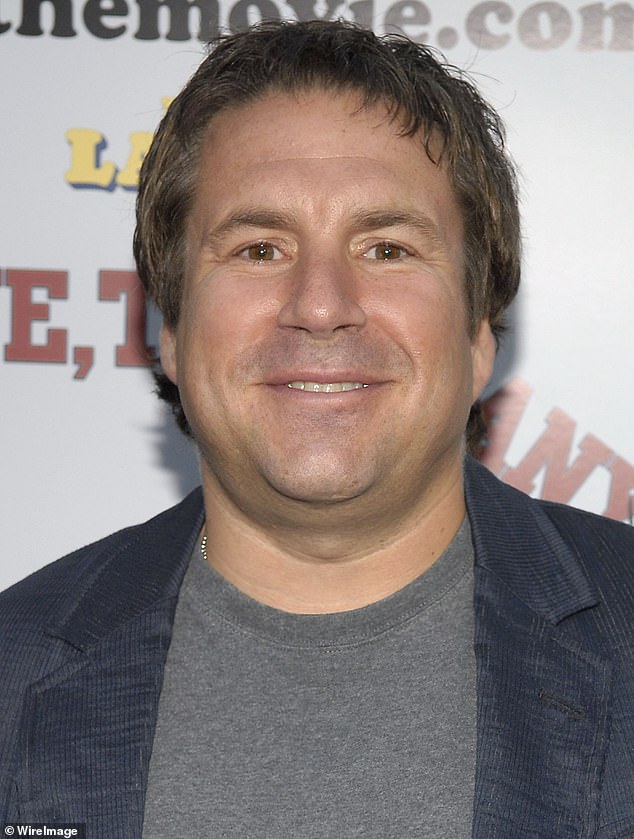 All forgiven: Lange’s colleague ‘Stuttering’ John Melendez said that he’s praying for the Crashing star in spite of their differences in recent years. Melendez was snapped at the premiere of his film One, Too, Many in LA in 2008