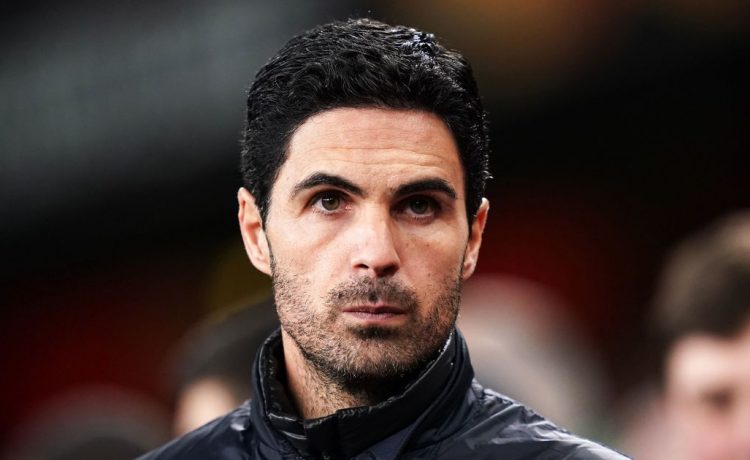 Mikel Arteta led his Arsenal side to victory over Premier League champions Liverpool on Wednesday night – but he remained realistic.

The Gunners were second best for large periods of the game, mustering up just 33% possession and two shots on target as they escaped with an unlikely win.

The manner of the game symbolised the uphill task facing Arteta to get the best out of his young players as they rode their luck.

After the game, he highlighted his “big concern” entering a transfer window where cash is set to be tight.

Arteta told Sky Sports: “It’s a big concern. You can see how [Liverpool] build their squad and there is no magic, you need to improve the squad with quality, quality players. And we need a bigger squad to compete in this competition. That is the challenge.”

Arteta’s comments lay bare the damning situation faced at Arsenal as they attempt to strengthen their squad with gaping holes.

The comments came just hours after Arsenal were reportedly quoted a £23million price for a proven solution to one of their problems.

Reports have claimed the Gunners will be able to make Dani Ceballos’ move permanent for that figure as long as Zinedine Zidane remains Real Madrid manager in a move which would undoubtedly add quality and depth to their central midfield options.

Arteta’s outlook suggests he will be keen to add someone like Ceballos to his squad permanently – but there is a dilemma caused by their financial situation and other areas to strengthen.

Ceballos has proved he can solve one of Arsenal’s huge concerns by adding crucial attributes in the middle of the park.

He has become of paramount importance at the base of the midfield alongside Granit Xhaka, and his absence was noticeable from the start against Liverpool as the Gunners failed to exert any real control on the game.

Yet the picture painted by Arteta certainly shows solving any of their priorities might be a difficult task in a summer where spending power is set to be severely limited.