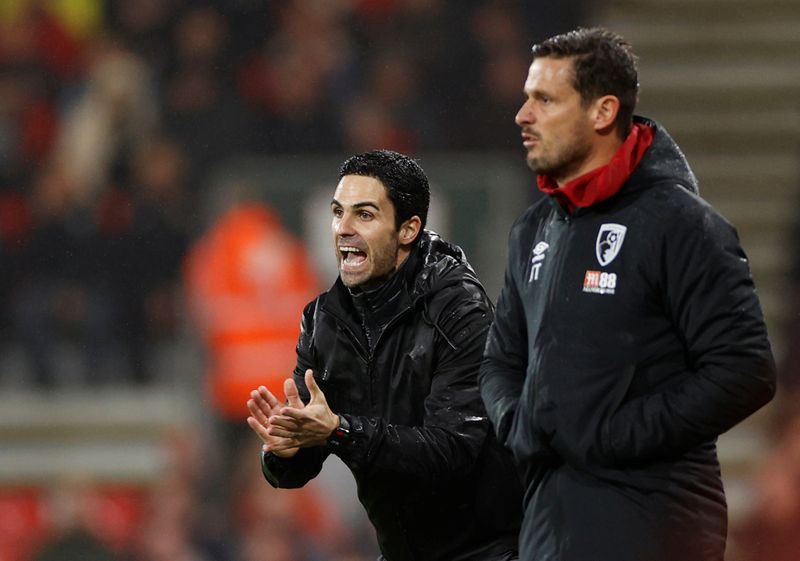 (Reuters) – New Arsenal manager Mikel Arteta has said his mission is to repair the broken relationship between the club and its supporters who have been disillusioned by the team’s underwhelming performances over the past few months.

Arsenal sit 11th in the standings, the lowest they have been at the halfway stage of the season in Premier League history, and they have been winless at home in five games since a 1-0 victory over Bournemouth at the start of October.

The fans’ frustrations reached a tipping point when they booed skipper Granit Xhaka when he was substituted in a game against Crystal Palace and the midfielder’s agent revealed he is looking to move to Hertha Berlin in January.

“At the end of the day they’re expecting a lot from us. We have to give them enjoyment, we have to make their lives better. When we win, it will be better because they will be happier.

“It’s our responsibility and we have to do everything we can to achieve that.”

Arsenal host fourth-placed Chelsea — who they trail by eight points — on Sunday in what will be Arteta’s first home game in charge after Thursday’s 1-1 draw away at Bournemouth.

“If we are able to generate (energy) it will give us a lift,” the Spaniard added. “I was really pleased with how the fans treated the players (at Bournemouth).

“I was happy that the players went to see the fans after the game as well because we need that connection. Slowly, we need to build that back to where it was. It’s going to be very powerful for us to use that.”