Arsenal vs Tottenham: Where north London derby can be won and lost 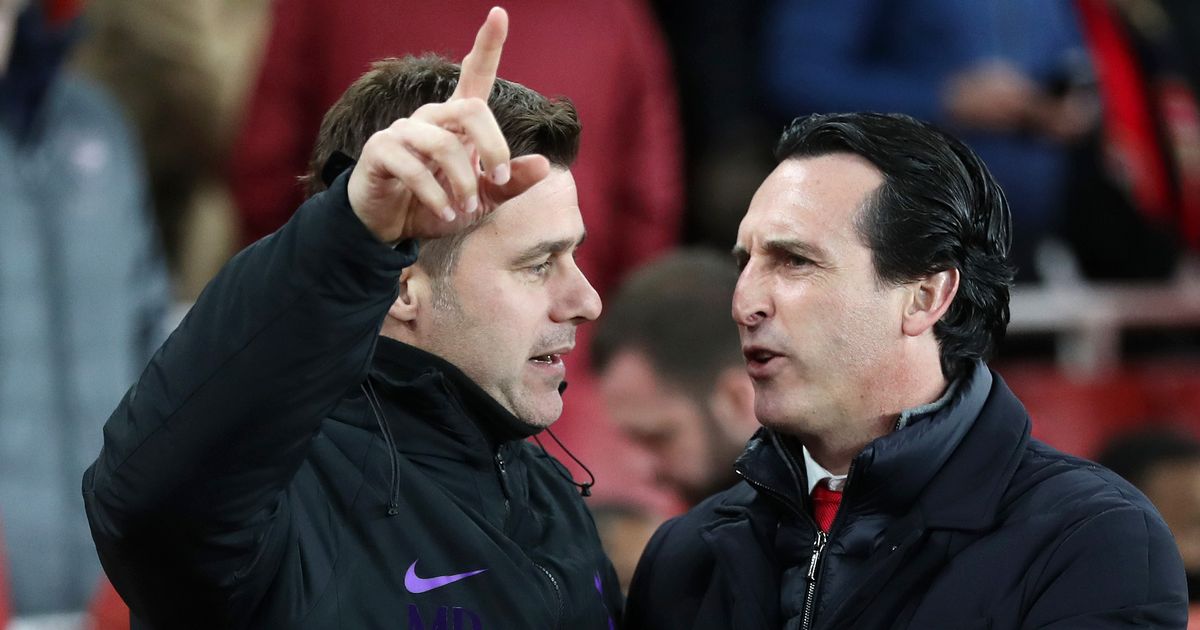 It’s difficult to say Tottenham are in bad form (we are only three games into the season) but there is definitely something not right with them at the moment. Arsenal will be hoping to take advantage in the North London derby .

This goes back to, and perhaps stems from, Mauricio Pochettino’s comments and demeanour about not having any real say at the club. But if they’re not careful, an average start could turn into a disappointing season.

Who knows what offers Pochettino might get if he makes it obvious he’s not happy?

The Christian Eriksen situation is perhaps more damaging in the short term though. For Spurs, quite simply, he has to play in the North London derby. The end of the European transfer window can’t come quick enough.

I hope he stays, and even signs a new contract. But for Spurs right now, especially against their greatest rival, they need their best players out on the pitch and Eriksen is certainly one of those.

For Unai Emery and Arsenal, the mood is positive after a good summer with recruitment and a decent start to the season (losing at Anfield wasn’t exactly a surprise!)

But he needs to work out his best eleven, his best system and stick to it. He has always been a manager to think about the opposition and will pick a side accordingly but constant chopping and changing will not help in the long term.

READ  Nadal surprised to still be on top of the game

He will make his first start at The Emirates and will be motivated to make an instant impression.

The question is whether Lacazette starts too. Surely at some point the three will play together but is this the right game to start? I don’t think so.

The three can have an easier game to learn how to play with each other soon enough and it will put a strain on the Arsenal midfield when they do.

My guess is that Unai Emery will keep Lacazette on the bench for this one and look for him to make a difference late on if needed. Will he go for the diamond again?

Aubameyang and Pepe will hope not. They want people getting wide, getting to the byline and whipping in crosses. Unless they do it themselves, only Maitland-Niles is capable of that.

But it does keep the midfield tight and it gives them a better chance of control there with four in close proximity. It also puts Dani Ceballos in his favoured position at the tip of the diamond.

If Emery does go for the front three, with Ceballos in behind, it puts a lot of pressure on the two holding and the back four. While an exciting 4-2-1-3 might well be seen soon, especially at home, this is not the game to do it in, despite Spurs not at 100% yet.

With midfielders ready to protect the defence, Ceballos on the ball and Pepe and Aubameyang making runs in between Tottenham’s full backs and centre backs and getting in behind their defence with their pace, that gives a better balance to the team and might be difficult to stop.

But Arsenal are vulnerable defensively. They have a right back who is getting used to the position. A centre back in Sokratis, who is not top class, while the same can be said for Monreal at left back. They need an eight or nine out of 10 from David Luiz.

But who knows what performance he will put in? Not even he does! On his day, he can be a match winner but on others, like against Liverpool, he can be a liability.

Eriksen is so important because he not only looks for that forward pass but he also puts himself in the pocket of space in between the opposition’s midfield and defence. He is then able to turn on the ball in a dangerous area and either shoot, or play in Kane, Son or Moura.

Dele Alli is another who finds the space with his runs. If he is fit, he must play too, even if only for 60 mins with Lamela and either Moura or Son missing out.

READ  ‘The only decision we can support’: reactions to the postponement of Tokyo 2020

Although we should never doubt his class, Harry Kane’s scoring form is a slight worry. Hueng-Min Son’s too. Spurs have taken just 15 points from 15 PL games since mid-February.

That coincides with those two not hitting the net. They got 25 goals combined in 26 PL games up to mid-February, six goals combined in 15 games since. This season hasn’t started great for Kane. It’s another August he quickly wants out of the way!

Spurs are starting games poorly. In the first half of matches this season they have scored one and conceded four. While they came back well against Aston Villa and somehow hung in there against Man City, they cannot afford to do that at The Emirates where Arsenal are so strong.

Having said all that, there’s nothing like a derby to help put a bad time to one side and maybe even be the catalyst for turning things around.

Spurs are a match for anyone on their day and they will put their troubles to one side for this game. I’m not saying they’ll win, more likely a feisty score draw.

But going forward for the season, it’s Arsenal who look on the up, while Spurs need to play their best players, keep Eriksen, and above all, keep Pochettino happy!