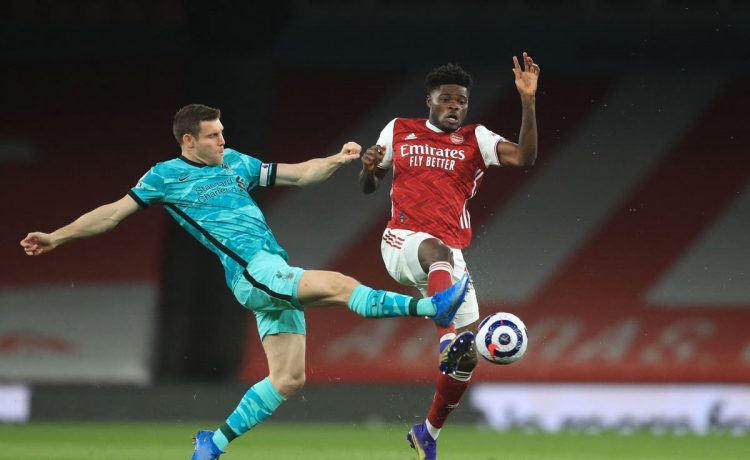 Arsenal take on league title holders Liverpool tonight in a crucial match that could take the visitors to fifth place.

The Gunners and the Reds have both had disappointing seasons and the fixture this evening presents an opportunity to give either side much-needed points in the fight for European places.

Last time out in the league hosts Arsenal drew 3-3 with fifth place West Ham, while Liverpool’s last league outing saw them defeat Wolves 1-0. Arsenal may see the return of Willan after he missed the West Ham match. Meanwhile Liverpool could have a helping hand as they may see the return of striker Roberto Firmino which would boost the team as they are still without key players Jordan Henderson, Virgil van Dijk, Joe Gomez and Joe Matip.

Manager Jurgen Klopp has made it clear that this match counts and they can’t afford to slip up. He said: “We don’t have a lot of points to waste any more but we have a tough programme on top of that, not only in the Premier League but the Champions League as well. We will not hesitate, we will just go for it and hopefully we can do that on Saturday.”

Follow live updates from the Emirates below, plus the conclusion of Leicester City vs Manchester City at the King Power Stadium:

Firmino escapes on the left and cuts the ball back into the box. It runs out to the edge of the box, where Alexander-Arnold is charged down as he looks to unleash a shot. Fabinho does manage to try his luck, drilling a low effort just wide of the left post.

Robertson crosses from the left but gets it wrong and sends the ball out for a goal kick. Liverpool are just starting to establish some control now.

Firmino works some space to cross from the right. Holding heads it away, and then Milner drags a half-volley wide from the edge of the box.

It’s a slow start, with both teams feeling each other out. Liverpool are edging things in terms of possession but not really doing much with it.

Mane turns and drives towards the edge of the box, before trying to pick out Firmino to his left. The pass hits the Brazilian on the heel and the chance is gone.

Both teams are a little loose with their passing in the opening stages. Liverpool look to have adopted a slightly deeper defensive line.

Liverpool get us underway!

The players are out at the Emirates. The final game of the day is almost upon us…

A mustachioed Alisson prepares for kick-off…

Arsenal were abysmal in the first half of their 3-3 draw at West Ham last time out, but their second-half fightback was impressive. They’ve generally picked things up in the Premier League, too, beating Spurs and Leicester with a draw against Burnley in between.

Liverpool are still likely to be fragile after that dismal run of form in February and March. But wins over RB Leipzig and Wolves before the international break should give them some much-needed confidence.

READ  Ole Gunnar Solskjaer's challenge to Anthony Martial after giving him Man Utd No.9 shirt
Share on FacebookShare on TwitterShare on PinterestShare on Reddit
newsgrooveApril 3, 2021