After a summer spending splurge that saw over £120m spent, Mikel Arteta might have to sell some players to balance the books at Arsenal this January transfer window 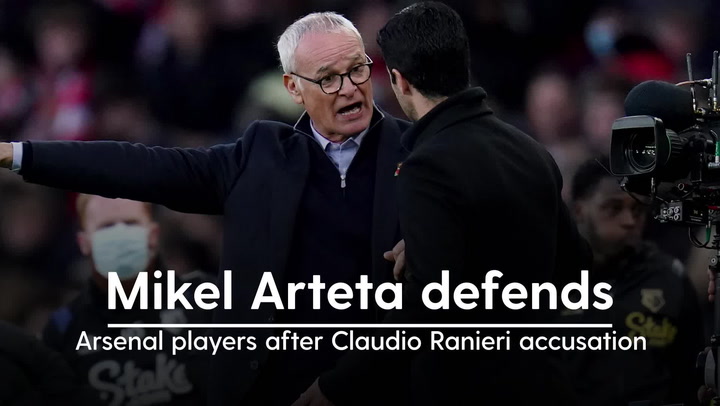 Arsenal are reaping the rewards of their summer spend with their new acquisitions settling in well.

After a tricky start that included a 5-0 loss to Manchester City, the knives were out and Mikel Arteta was in trouble.

But since that result, the Gunners have turned it around and have gone 10 matches unbeaten.

They now sit fifth in the Premier League and there is a real hope that they can break into the top four.

And much of that can be owed to their new arrivals such as Ben White and Aaron Ramsdale, who have helped keep 10 clean sheets between them in Arsenal’s 10-match streak.

However, while some players are linked with departures – Arteta is keen on keeping hold of the bulk of his squad.

Arteta has steadied the ship at Arsenal after a tough start.
(

Saliba currently finds himself with the Ligue 1 outfit, where he has earned plenty of plaudits, particularly for his recent display against Paris Saint-Germain.

Walcott hails Arteta for feat Wenger could not achieve at Arsenal

The 20-year-old was near faultless quelling the attacking threat of Kylian Mbappe, Neymar and co., keeping a clean sheet in the 0-0 draw.

According to The Athletic, Arsenal view contract negotiations with the defender as a situation that boasts critical importance, with just two-and-ahalf years left on his current deal.

Arsenal’s treatment of Saliba has received widespread backlash from French media and fans alike, who are keen for the defender to remain in his home country rather than return to the Premier League.

William Saliba played the best game of his career against PSG
(

Marseille are keen on keeping hold of Saliba and are prepared to splash the cash to do so but whether the Gunners will listen remains to be seen.

Mikel Arteta is still hopeful of tying Alexandre Lacazette down amid talks of an Arsenal exit.

The French forward is into the last year of his contract and has previously looked set to depart the Emirates on a free transfer next summer when his current deal expires.

The 30-year-old has netted 68 times for the Gunners in 179 appearances but there has been great uncertainty surrounding his future with the forward yet to agree terms on a new deal.

According to the Athletic, the Gunners are open to extending his five-year stay in north London and are keen to tie the Frenchman down on a short-term deal.

Alexandre Lacazette’s future remains unclear, with Atletico Madrid the latest club to express an interest in the French striker
(

The club are reportedly looking to reach an agreement that doesn’t require a lengthy contract and substantial wages as Arteta continues to embed youngsters into his Arsenal side currently in transition.

Lacazette is still recognised as an important figure at the club and Arsenal’s staff are believed to have been impressed by the forward’s dedication in training and desire to nail down a place in Arteta’s first team despite the ongoing speculation regarding his future.

Martin Odegaard has shed light on who he feels are the two toughest defenders he has ever faced.

When pressed on who the best defender he has ever come up against is, Odegaard named two of European football’s most high-profile players.

“That’s a hard one, of course I have to mention Sergio Ramos, I played against him a couple of times In Spain,” the Gunners star revealed.

“Also Virgil van Dijk, I played against him with the national team, so I would say those two maybe. They were tough.”

Ibrahima Konate opens up on “challenge” of breaking into Liverpool side