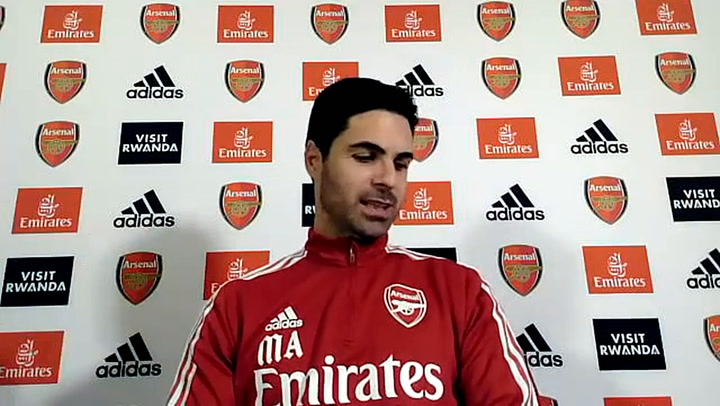 The Premier League is back this weekend and Arsenal face the daunting prospect of facing Liverpool at Anfield this evening.

Mikel Arteta’s side are on a 10-game unbeaten run across all competitions and will have their credentials severely tested on Merseyside.

While the current focus is on their performance on the pitch, the Gunners are also gearing up for the January transfer window when Arteta will have the chance to reassess his squad.

Arsenal spent £140million to bring in six new players in the summer but they might not be done for the season, if reports are to be believed.

Departures and arrivals could both be on the cards in north London as Arteta and technical director Edu continue their efforts to rebuild the squad.

With that in mind, here are the latest transfer rumours surrounding Arsenal.

Nicolas Pepe has fallen out of favour with Mikel Arteta
(

Rumours over the future of Nicolas Pepe have been rife recently, with Arsenal reportedly ready to offload the winger they bought for a club-record £72m just two years ago.

Pepe has only made five Premier League starts this season, contributing one goal and three assists in all competitions.

The 26-year-old appears to have fallen out of favour with Arteta, playing just five minutes of the team’s last three Premier League games, having started three of their first four.

Arsenal may now have a solution because Il Milanista reports that AC Milan are keen to sign Pepe in the January window.

It is claimed that Pepe will be made available for a ‘paltry’ fee as low as £25m (€30m) to Milan boss Stefano Pioli, who is keen on signing the Frenchman.

Fiorentina are in negotiation for Sassuolo’s Domenico Berardi
(

One of the players Arsenal have been repeatedly linked with recently is Sassuolo winger Domenico Berardi, who impressed for Italy during their victorious Euro 2020 campaign.

Berardi is desperate to leave Sassuolo, who managed to hold onto him in the summer, and Arsenal were said to be one of the clubs interested in him.

Fanta Calcio recently claimed Arsenal had approached Sassuolo to discuss a transfer for the 27-year-old, but Fiorentina have jumped to the front of the queue.

Fiorentina refused to pay their £29.5m (€35m) valuation in the summer but have now agreed a four-year contract in principal worth £2.94m (€3.5m) per season for Berardi, according to Calciomercato.

Despite the speculation over his future, Berardi has been in good form this season, contributing five goals and three assists in 10 games for Sassuolo.

Arteta was asked about the futures of Alexandre Lacazette and Mohamed Elneny in his pre-match press conference on Friday.

Both players face uncertainty at the moment because they are out of contract in the summer, but Arteta refused to comment on his plans.

“I cannot go into that. I’m really happy with Mo,” he said. “I will not be discussing the individual fates of the players as it’s not the time to do so.”

However, according to Turkish outlet FotoMac, Edu has already reached an agreement with Elneny’s agent for him to leave on a free transfer in January.

That would suggest the 29-year-old midfielder is set for Galatasaray, who have been strongly linked with him in recent weeks.