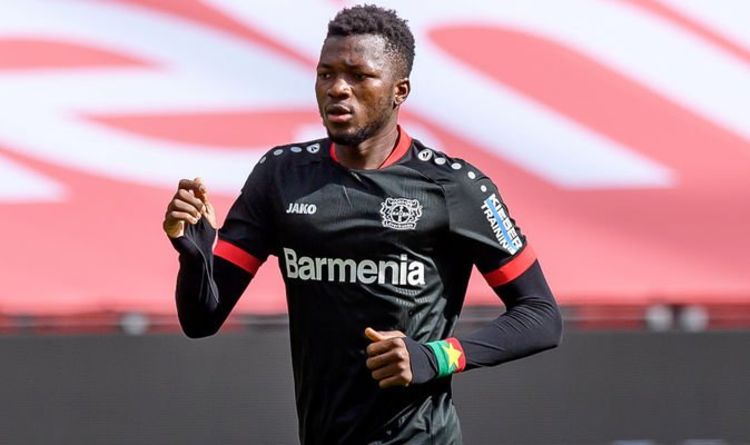 Arsenal would have to offer at least £60million to sign Edmond Tapsoba this summer, according to reports. Tapsoba has been linked with a move to Arsenal from Bundesliga side Bayer Leverkusen. However, Leverkusen are very reluctant to let the centre-back leave the club.

Arsenal are in the market for a defender following the departure of David Luiz.

Luiz has left the Gunners for free after spending two years at the Emirates.

Rob Holding is the only right-footed centre-back in the current first-team squad, hence the interest in Tapsoba.

William Saliba will return from his loan spell at Nice this summer but it remains to be seen how much Mikel Arteta will be prepared to use the 20-year-old.

“It’s very challenging circumstances but we’ve tried to stick together and do our best. It’s not been enough.

“We have to be very critical of ourselves, of myself, and then prepare the best possible way for next season to take advantage of that.

“Hopefully we can have the pre-season that I haven’t had, and have time to work with those players and try to be a better team.”

READ  Paul Pogba returns to Man Utd training ground for showdown transfer talks ahead of tour
Share on FacebookShare on TwitterShare on PinterestShare on Reddit
newsgrooveMay 31, 2021